Simple trick for ripening a hard avocado in just 10 minutes

REVEALED: Mum’s simple trick for ripening a hard avocado in just 10 minutes – and it DOESN’T make it go brown

An Australian mum has revealed how she softens her un-ripe avocados in just ten minutes.

The woman posted her secret tips on Facebook – and all you need is an airfryer and some foil.

The mum said she discovered the hack one night when she couldn’t find a ripe avocado for her guacamole, after making tacos for dinner. 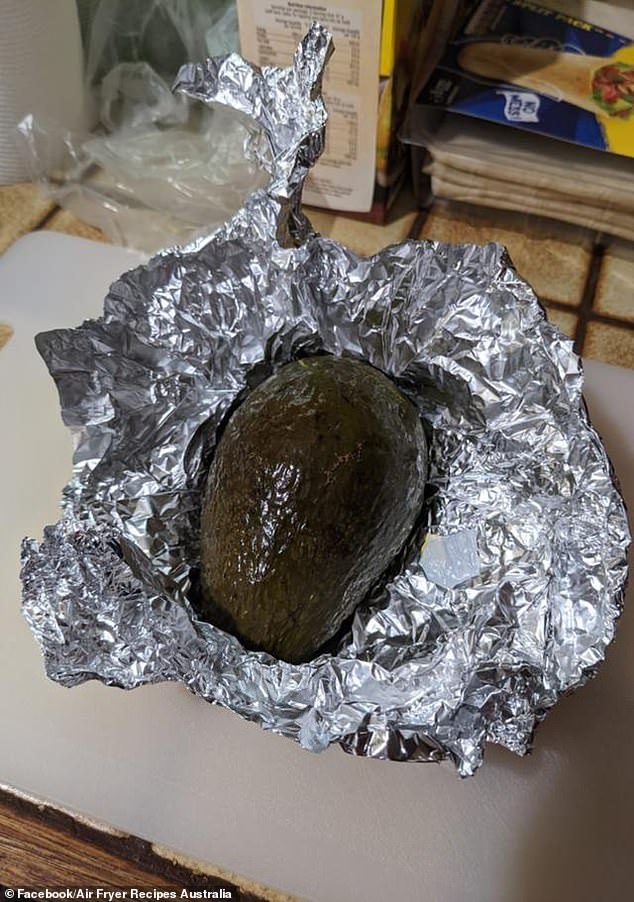 She avoided disaster by using her airfryer to ripen up the hard fruit.

First she covered it in foil and turned her airfryer to 200C then she popped the avocado in for ten minutes.

When it came out it was easy to mash.

‘It does change the taste and texture a bit and I would recommend that you let it cool in the fridge, but it works,’ she said.

And although she admits she would prefer to use a ripe avocado she said the trick works ‘in a pinch’. 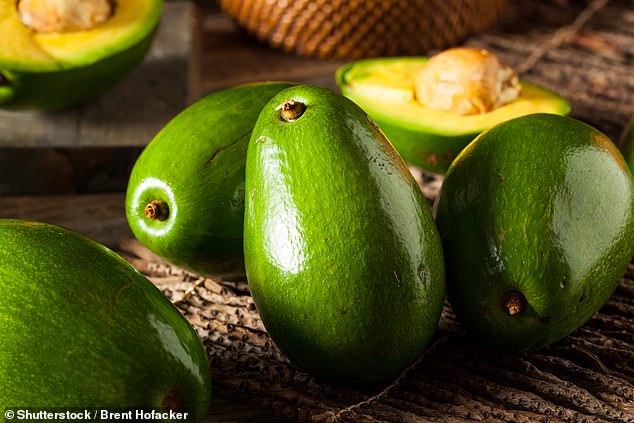 HOW CAN I RIPEN MY AVOCADO?

There are a few ways to ripen avocados depending on how much time you have.

3 – Put into a container with a banana – this will ripen it in two days.

Hundreds of home cooks liked the simple hack which could end up ‘saving the day’ if dinner is prepared and a ripe avocado can’t be found.

‘We have had the same situation happen, thankyou so much for this,’ one home cook said.

‘This is amazing information, thanks so much,’ said another.

Others said bananas can be ripened in the same way.

Others had questions about how the fruit looked when it came out of the foil – but the woman who posted the trick assured them it was still green on the inside.

Some do the same thing using a microwave instead.

HOW CAN I KEEP MY AVOCADO FRESH?

Avocados quickly turn brown after they’re sliced open due to an enzyme called polyphenol oxidase which sits under the skin.

Once cut, the enzyme reacts with oxygen in the air, turning the surface dark brown.

Cold water prevents oxygen penetrating the skin and reacting with the enzyme, which preserves the pale green colour.

Chefs have been using the trick for years, storing half cut avocados in water baths until needed.

But it seems many outside the hospitality industry were unaware until the video was shared on July 4, with thousands of the almost 900,000 viewers thanking the poster for showing them how to get better value from the popular ‘millennial’ fruit.

END_OF_DOCUMENT_TOKEN_TO_BE_REPLACED

END_OF_DOCUMENT_TOKEN_TO_BE_REPLACED
Recent Posts
We and our partners use cookies on this site to improve our service, perform analytics, personalize advertising, measure advertising performance, and remember website preferences.Ok