Home » Lifestyle » Skins’ Sid actor Mike Bailey looks unrecognisable as a teacher – but where are the rest of the cast now?

Skins’ Sid actor Mike Bailey looks unrecognisable as a teacher – but where are the rest of the cast now?

The actor, who turned his back on the spotlight to teach drama, was recognised by one of his students as he taught their class and posted it on TikTok.

While Mike has opted to go into education after completing a degree in theatre, his former cast mates have had hugely successful careers as movie stars in Hollywood including Nicholas Hoult, Joe Dempsie, Daniel Kaluuya, Dev Patel and Kaya Scodelario.

Get exclusive celebrity stories and fabulous photoshoots straight to your inbox with OK's daily newsletter . You can sign up at the top of the page.

Mike, 32, who got married in 2015 with some of his former Skins costars in attendance, became famous back in 2007 when the E4 show was most popular.

After two television series as Sid and an appearance in the web series, Mike left the show, which ran on for four more seasons with different casts each time.

Looking comfortable in front of the classroom wearing a smart shirt and tie, the pupil who filmed it wrote: "Sid from Skins (Mike Bailey) teaches in my school."

Mike spoke about his change in career to Radio Times a few years back when Skins celebrated ten years since it first aired.

"I kind of thought ‘what the f**k am I doing with my life?’ and ended up getting in a conversation with the wife a couple of years ago and decided that those who can’t act teach.

“10 years ago I never thought I’d still be talking about it, but [Sid] still does pop up every now and again. I mean, it’s always kind of been there. It’s kind of fizzled out over the years, but I mean, it was always a good thing."

Nicholas Hoult had already achieved fame as a child actor, starring in About A Boy alongside Hugh Grant. After starring in Skins as Tony, the 30 year old actor, was cast as Beast in the X-Men reboot, starred in Mad Max and enjoyed a relationship with Oscar winner Jennifer Lawrence. He is now dad to son Joaquin with his model girlfriend Bryana Holly.

Joe Dempsie, 33, played loveable Chris on Skins and famously went on to join the cast of Game of Thrones playing Gendry Baratheon across several seasons.

Perhaps one of the biggest breakout stars from the cast of Skins, Daniel Kaluuya, 31, was known for playing posh Kenneth in the E4 series and wasn't even one of leads. He has since gone on to achieve stardom in Hollywood thanks to his roles in Get Out, Black Panther, Widows and Queen and Slim. Daniel has picked up several awards including the BAFTA Rising Star Award in 2018.

Dev Patel, 30, was an early success following his stint on Skins as geeky Anwar. He secured a breakthrough role in 2008 movie Slumdog Millionaire and went on to receive a number of awards. He went on to date his co-star Freida Pinto but split after six years of dating. Dev also starred alongside Nicole Kidman in Lion, Best Exotic Marigold Hotel, as well as nabbing a role in US drama Newsroom. 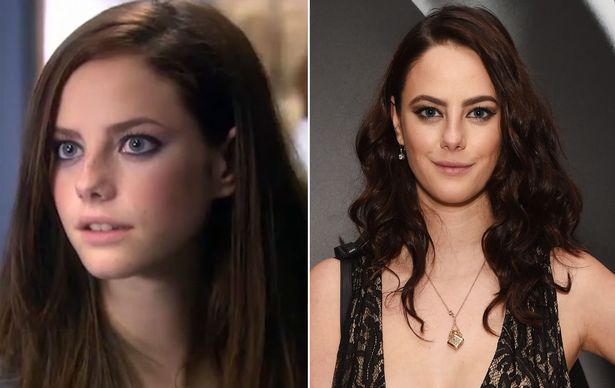 Kaya Scodelario, 28, is the only actor to have appeared in four series of Skins, as she appeared as Effy, Tony's little stoner sister from series one and was made a central character when they replaced the cast with a new generation for the third and fourth.

After leaving Skins, Kaya made the move stateside and starred in movies like Moon, Now Is Good with Dakota Fanning, as well as The Maze Runner franchise, and a Ted Bundy film with Zac Efron. She married Meryl Streep's former son-in-law Benjamin Walker and they now have a son whose godfather is Daniel Kaluuya.

Hannah Murray, 31, starred as Cassie, the love interest of Sid Jenkins who also suffered from an eating disorder. After leaving the show when the cast was replaced with a new generation, Hannah scored bit roles in movies like In Bruges, Dark Shadows, and Detroit. Perhaps her most famous role to date is as Gilly in Game of Thrones, appearing as a recurring character across several seasons.

END_OF_DOCUMENT_TOKEN_TO_BE_REPLACED

END_OF_DOCUMENT_TOKEN_TO_BE_REPLACED
Recent Posts
We and our partners use cookies on this site to improve our service, perform analytics, personalize advertising, measure advertising performance, and remember website preferences.Ok