HollywoodLife spoke EXCLUSIVELY to the stars of the latest DCOM ‘Spin’ about Rhea and Max’s relationship, a possible sequel, and more.

The latest Disney Channel Original Movie is Spin and it premieres on August 13. The movie follows Rhea, an Indian American teen who goes on a journey of self-discovery after she finds her true love — creating and producing beat-driven music infused with the rich textures of her South Asian culture. As she discovers her love for spinning, she crosses paths with Max, a fellow DJ. Stars Avantika and Michael Bishop spoke EXCLUSIVELY with HollywoodLife about the dynamic between Rhea and Max.

“I think Rhea and Max’s relationship all revolves around music,” Michael said. “I like to use the phrase of the movie — ‘it’s all music’ — whenever I can, but it really is. I think Max and Rhea’s relationship is very much teacher-student at first, and I think they both have things to offer and I think they just gravitate towards each other because of the music.” Avantika added, “I agree. I think they’re also super cute together.” 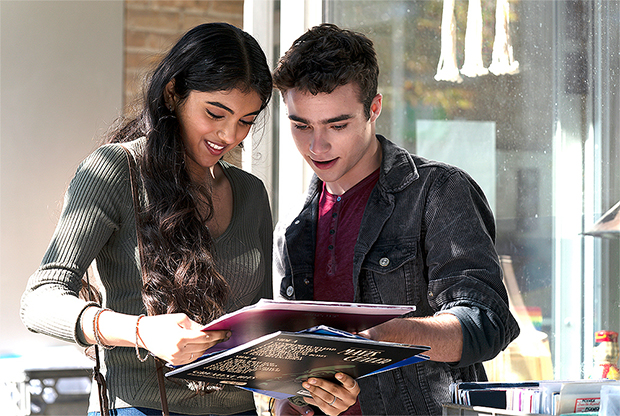 With Spin, Disney Channel is introducing its first Indian American lead. Avantika reflected on becoming a part of Disney Channel history. “It feels honestly so great,” she told HollywoodLife. “I’m so grateful that I have this platform and that I got this opportunity. Growing up, I didn’t have very many Indian and South Asian role models on screen, especially on Disney Channel, so to now have the opportunity to be that person for young girls and young Indian girls and young Indian boys all across the world is just still so crazy to me.”

Michael teased that there’s “a lot to uncover” about Max, who is also the new kid at school. “He’s used to traveling so much that he hasn’t really found a good friend or someone that he can really connect with, and I think Rhea kind of fits that puzzle piece for him,” Michael revealed. “I think their companionship is very real. She’s able to help Max in his music as well.” 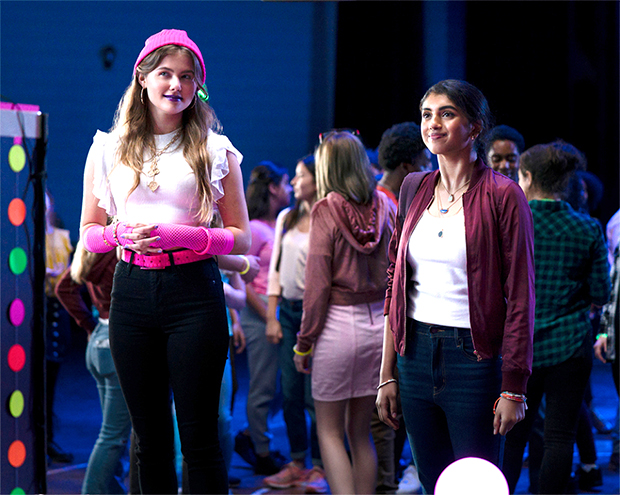 When it comes to DCOMs, sequels are always possible. Michael weighed in about a possible second Spin movie. “I think there’s always something open about this film,” he said. “There’s definitely some unanswered questions, which I think viewers will definitely want to know the answers to. I think there’s definitely more fun to be had. The world of DJing is huge, so of course, there’s more to explore there.”