Novac Djokovic has not ruled himself out of the Australian Open despite a mandate that all players must be fully vaccinated, with Tennis Australia chief executive Craig Tiley expecting “very few, if any” tennis champions to sit out the tournament as a result. 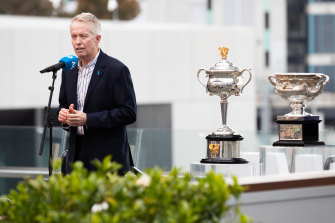 “The primary thing for us is to make sure that she’s safe,” Mr Tiley said. “We’ve utilised the channels that we have working behind the scenes to find out, to get more clarity on her safety, work closely with the tours, particularly the women’s tour.

“Our position is very clear. We want to know that she’s safe. And then secondly, we want her to know as a community, not only a global tennis community but as a community here in Australia, we will do everything we can to support her wellbeing.

“We’re using every possible channel we have to, number one, ensure that she’s safe.”

The Women’s Tennis Australia has threatened to withdraw all tournaments from China if she is not found soon. 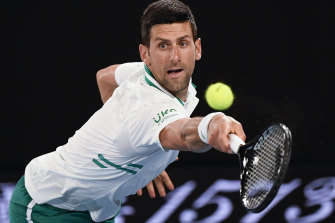 Mr Tiley said no player, including Novak Djokovic, had ruled themselves out because of the vaccine mandate.Credit:AP

Speaking from Rod Laver Arena on Saturday, Mr Tiley also ended speculation that tennis players may be able to bypass vaccine mandates to enter Victoria and the Australian Open next year and said he believed the rest of the world would enforce the same requirements on tennis players by 2022.

He said just 50 per cent of the travelling player group were fully vaccinated six weeks ago, but that has shot up to 80 per cent since the announcement from Premier Daniel Andrews and “is continuing to track towards 100 per cent”.

“There’s been a lot of speculation around Novac’s position. He has noted, and said publicly, that this is a private matter for him. But we would love to see Novac here. He knows he has to be vaccinated in order to play. He’s won the Australian Open nine times, I think he’d love to make it a double-digit to win 10 times. He’s also on 20 Grand Slam titles,” Mr Tiley said.

“We would love to see Novac here. He knows he has to be vaccinated in order to play.”

Djokovic, Roger Federer and Rafael Nadal were also sitting on 20 Grand Slams, Mr Tiley noted, and Djokovic would likely be chasing “that elusive 21”.

“He has indicated it’s a private decision for him and at the right time, he will tell us. I know that he wants to play, he’s clearly indicated that, and he knows the conditions that you’d have to undergo in order to be eligible to play.”

Mr Tiley, who said nobody had ruled themselves out because of the vaccine mandate, expected to have a good indication in coming weeks.

“I don’t expect there to be many — probably very, very few, if any — that wouldn’t be fully vaccinated.”

Stay across the most crucial developments related to the pandemic with the Coronavirus Update. Sign up for the weekly newsletter.