Home » Lifestyle » The music industry looks fun, exciting and glamorous. On the inside, the truth is more grim

The music industry looks fun, exciting and glamorous. On the inside, the truth is more grim

“I worked for a major music company in Australia… during my time at this company I was bullied, belittled, sexually harassed and objectified by my direct manager. Friends I’d made were also subject to intense bullying, sexual harassment, assault and rape by the men who head up the executive team within this company. This company is widely known for being one of the most toxic workplaces in the industry.”

And so goes one of dozens of accounts of inappropriate behaviour, bullying, rape, assault and more that are rightly sending shivers through the Australian music industry.

An Instagram account called Beneath The Glass Ceiling has quietly been posting anonymous and harrowing accounts from women who say they have been subjected to horrific behaviour from men within one of Australia’s most celebrated, but also most cloistered, industries. 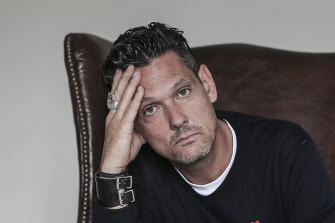 Inappropriate behaviour within the music industry has been an open secret for decades. During my 15 years covering the industry I have heard countless tales that start with “oh I make sure I’m not alone in a room with him” or “I make sure I leave the party before he does, you don’t want to be the last one there with him”.

None of these women want their story told, none of them ever officially complained. Nor should they have to. This kind of behaviour just shouldn’t happen.

The Australian music industry is lorded over by a small group of oligarchs who control all the power, whether it’s the power to make or break an artist’s career or to decide who the office receptionist is. From the outside the industry looks fun, exciting and glamorous. On the inside the truth is much more grim.

You do as you are told and if you don’t you will suffer.

In Australia, the music industry is run by powerful men with fragile egos who will do whatever it takes to protect their kingdom. That’s not to say it’s just the people at the top of organisations; it can also be the sycophants and lieutenants they surround themselves with.

The global music industry hasn’t been immune to the Me Too movement. Several artists have been accused of horrendous behaviour towards women (Marilyn Manson being the most notable recently), but the industry’s powerbrokers had remained relatively unscathed.

That was until last month when stuff.co.nz launched an investigation into inappropriate behaviour by Lorde’s former manager Scott Maclachlan. That investigation saw him admit to “years of harmful behaviour” before he was dumped from record label Warner. A flood of allegations against others in the New Zealand music industry has begun.

Now, it could be Australia’s turn. While the Beneath The Glass Ceiling account is anonymous and none of the posts reveal who is making the allegations or who is accused, that hasn’t stopped people in the industry speculating.

WhatsApp groups have begun popping up where people guess, or claim to know, who the posts are about.

Who is the group that tour to schools with one member who was “grooming a 14-year-old girl”?

Who is the break-out artist who has “hurt multiple women, yet is protected by the team around them”?

Which company is compelling “victims of sexual assault, sexual harassment and underage sexting to sign non-disclosure agreements and offering payouts to protect perpetrators”?

Which powerful music industry executive told a female staffer “in this industry, getting on your knees will get you further than brains will”?

These stories stay anonymous for two reasons. Firstly, anyone who is brave enough to speak out against the upper echelon of Australian music is likely to be punished by the industry more broadly. The entire industry runs on reputation and being seen to destroy one will not bode well for future employment.

Secondly, Australia’s harsh defamation laws have seen victims sued for daring to speak out and the media organisations who have dared to share their story punished financially. The appetite within newsrooms for being sued is low and the burden of proof required is often impossible to achieve.

But the industry is keeping a close eye on Beneath The Glass Ceiling. Some of Australian music’s most powerful figures follow the account and we can only hope it is encouraging them to check not only their behaviour, but also warn their colleagues that what they are doing is wrong.

Beneath The Glass ceiling shouldn’t have to exist, but I am glad it does.