It’s a rare and special thing when your childhood heroes can continue to make your dreams come true even when you’re way past wearing bandaids with their faces on them. Such is the case with Beyoncé and Destiny’s Child. If the last thing Beyoncé, Kelly Rowland, and Michelle Williams ever did together was make the "Survivor" music video, I could have still died happy. Instead, they continue to soar as three individual powerhouses and close friends. The photos of Destiny’s Child at The Lion King premiere is my latest example. It was earth-shattering enough when Beyoncé was cast as the voice of the iconic character Nala, but seeing her girls step out to support her for this truly legendary movie is the most "feel good" I think anyone could pack into one evening.

Remake, reboot, and adaptation movies are always a dangerous game. They are particularly dangerous when they try to take an iconic and beloved illustrated film and "upgrade" it to animation. (Like, how are they going to do pull off the hula dance with Timone and Pumba? I think I’ll be the judge of that.) However, 2019’s The Lion King creatives came out swinging.

Step one in creating a powerful and successful remake: cast a staggeringly impressive, talented, and popular group of celebrities.

We know Beyoncé is stepping in as grown-up Nala, but it gets even better when you hear Donald Glover plays grown-up Simba. I mean — is that a match made in pop-culture heaven you didn’t know you needed until now, or what? Other stars include John Oliver as the dutiful Zazu, Seth Rogen as Pumba, and Billy Eichner as Timone. Oh yeah, James Earl Jones is back as Mufasa, too, so get your sob-tissues ready.

All of this to say, it was one star-studded red carpet at the Hollywood premiere on July 9. However, there was no missing Destiny’s Child. All three women coordinated their outfits (just like the good old days!) and opted to rock silver and black sparkling ensembles. Beyoncé did some sort of blazer thing, Rowland went with a mini zebra-print dress, and Williams rocked a glittering column dress. You might think you’re a Beyoncé ride-or-die, but make no mistake: you will never compare to these women. Better to accept it now then spend your whole life trying. 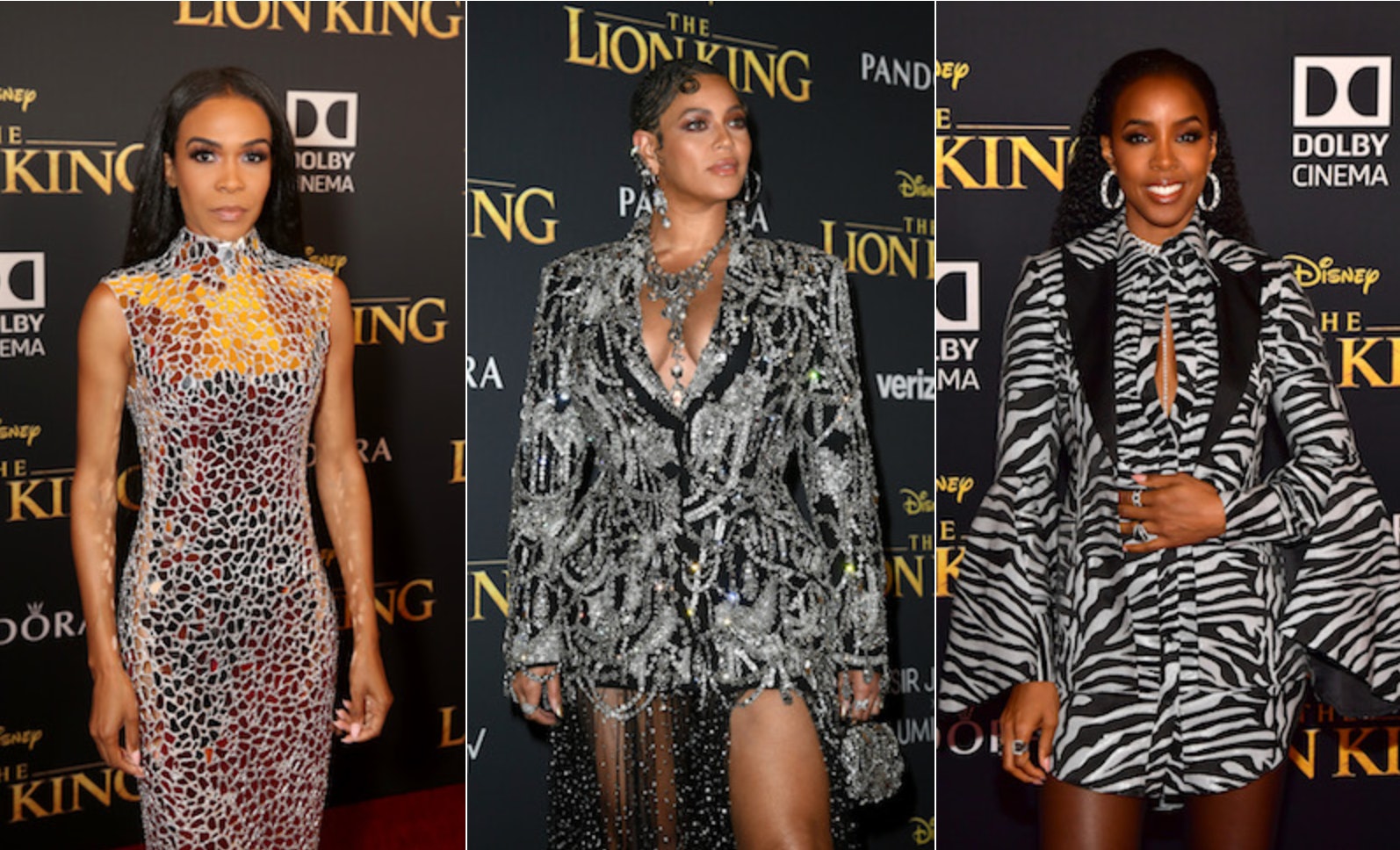 What’s that? You want more? I imagine myself as an old, old, woman looking at photos of an even older Destiny’s Child swooning their shoulder pads.

Early critics who attended the premiere are loving the adaptation and Beyoncé is getting some great feedback. Buzzfeed reporter Adam B. Vary tweeted, "Nala’s role is indeed bigger, and Bey suits it perfectly. There’s a moment when she tells Simba he’s ‘disappointed; her, and reader, the way Bey bit the ‘t’ in that word chilled me and thrilled me." He added he thinks the visuals of the movie are going to "change the way we look at movies forever."

OK, I’m in. If it’s good enough for Destiny’s Child, it’s incredible for me.