Australian political leaders are being urged to embrace new spending and clear targets to reduce violence against women in a report that says past policies have failed to produce sustained results.

The cross-party report calls for tougher criminal sanctions as well as federal measures to make perpetrators pay for the impact of their violence, helping to recover the costs women bear when fleeing dangerous relationships. 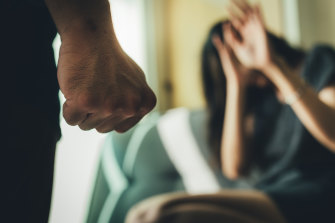 The report calls for tougher criminal sanctions as well as federal measures to make perpetrators pay for the impact of their violence.Credit:Shutterstock

The report, from a peak federal committee of Liberal, Nationals and Labor MPs, builds political momentum for a step-change in policy as federal and state ministers negotiate a new plan on family violence to start next year.

Warning that programs worth $3 billion have not done enough over the past decade, the report issues 88 recommendations that require significant new funding as well as law reform and social change.

The chair of the committee, Liberal National Party MP Andrew Wallace, also airs the idea of a public register of perpetrators so women could find out about repeat offenders, a measure that could save lives.

“We need to hold perpetrators to account much more than what we have done in the past,” said Mr Wallace, who represents the electorate of Fisher, north of Brisbane. 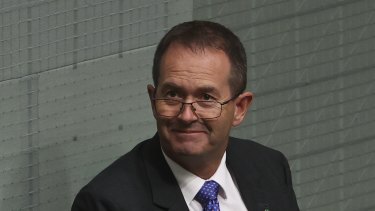 “That’s not just a matter of increasing penalties, although that is one of the recommendations, it’s a matter of providing behavioural change programs for perpetrators.”

The findings come after eight months of public hearings and community submissions to the parliamentary committee, which was formed last year after a public outcry about family violence when Brisbane mother Hannah Clarke and her three children were murdered by her estranged husband.

While the report calls for more research into the rehabilitation of perpetrators, Mr Wallace suggests a public register because of the stories told to the committee about women who would have acted differently had they known more about their partners.

“I think we need to be looking at some sort of public accessible database of domestic violence offenders,” Mr Wallace said.

“Now, I know that some people will be uncomfortable about that. But if we keep doing what we’ve always been doing, and we don’t start looking at some more ideas, then I’m concerned we’re just going to keep repeating history.”

While Mr Wallace said the committee acknowledged the overwhelming problem of violence against women by men, the report says policies had to change to reflect violence against men, older Australians, LGBTQI people and people living with a disability.

It suggests the next national agreement be called the national plan to reduce family, domestic and sexual violence.

The deputy chair of the committee, Labor MP Sharon Claydon, backed the 88 bipartisan recommendations but rebuked the government for failing to do enough on previous reports that made similar findings. 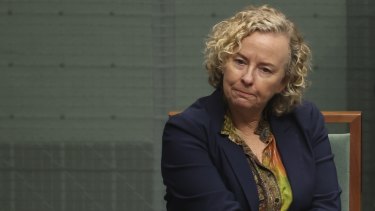 “There’s a sense of urgency right now to start getting on with some of those recommendations immediately – and not enabling the government kick the can down the road and wait another 12 months,” Ms Claydon said.

The Morrison government pledged $328 million to a fourth national plan on family violence in March 2019 but this funding runs out at the end of this year, leading to negotiations with the states on a new funding agreement.

Social Services Minister Anne Ruston, whose title was broadened to include women’s safety in Monday’s reshuffle, will meet her state counterparts on Wednesday to discuss a draft agreement and a summit of experts to be held within months.

While previous plans did not set targets for reducing violence, the bipartisan report says the coming agreement must be specific about measurable change.

It cites figures from the Australian Institute of Health and Welfare that one in six women and one in 16 men had experienced physical and/or sexual violence from a current or previous cohabiting partner.

The committee calls for standard definitions across federal and state governments to help measure family violence, while nominating benchmarks such as a reduction in the number of deaths from and incidents of family, domestic and sexual violence.

It also asks for future policies to include benchmarks on the availability of support services for victims and survivors and programs that change the behaviour of perpetrators.

The committee also included Liberal MP Andrew Laming, who is the subject of a complaint to the police over a photograph he took of a woman bending over, but Mr Wallace said Mr Laming did not have a significant part in the report and rarely attended meetings.

The Australian Human Rights Commission drew on analysis from consulting company KPMG to tell the committee the cost of violence against women and children in Australia was about $22 billion in 2015, given the impact on workers and their employers.

“If all you did was look at this from a financial perspective – and of course, you can’t – it is an incredibly costly scourge that’s impacting our community.”

A key finding is that the $3 billion spent across all governments over four national plans since 2009 has not produced a measurable fall in violence against women.

One argument is that greater awareness of the problem has led to more reporting of violence, but Mr Wallace said governments had to make sure their spending was reducing the problem.

“And to date, I don’t think that’s been good enough.”