Tyler Perry received much-deserved flowers from the Academy of Motion Picture Arts and Sciences tonight. While the one-man show of sorts is known for his writing, acting, producing, and directing, it’s his humanitarianism that brought Perry to the mainstage during the 93rd Academy Awards.

Viola Davis presented Perry with his honor — the Jean Hersholt Humanitarian Award — named after the Danish-American screen actor who once served as president of the Motion Picture Relief Fund. During his acceptance, the 51-year-old told a story of bringing a homeless woman to the wardrobe closet in his studio when, after he motioned to offer her money, she asked if he had any shoes for her.

“I remember being homeless and having one pair of shoes,” he recalled. Sharing that the woman kept her dead down during their interactions that day, he said it was only when a pair of shoes were put on her feet that “she finally looks up, tears in her eyes, and says ‘Thank you Jesus, my feet are off the ground.’” 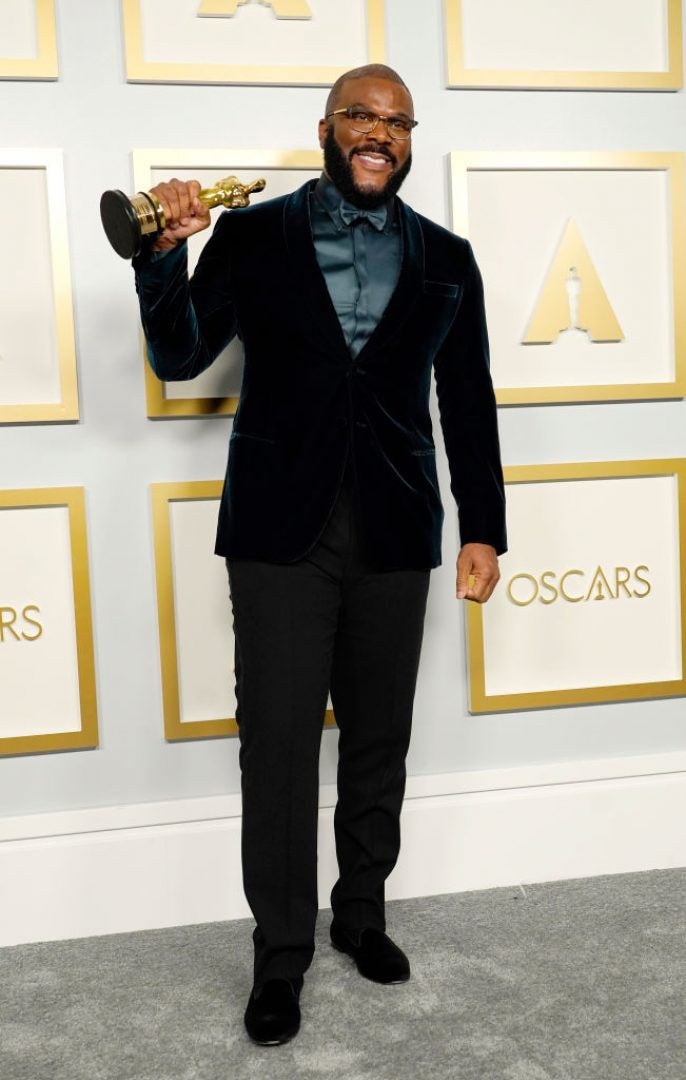