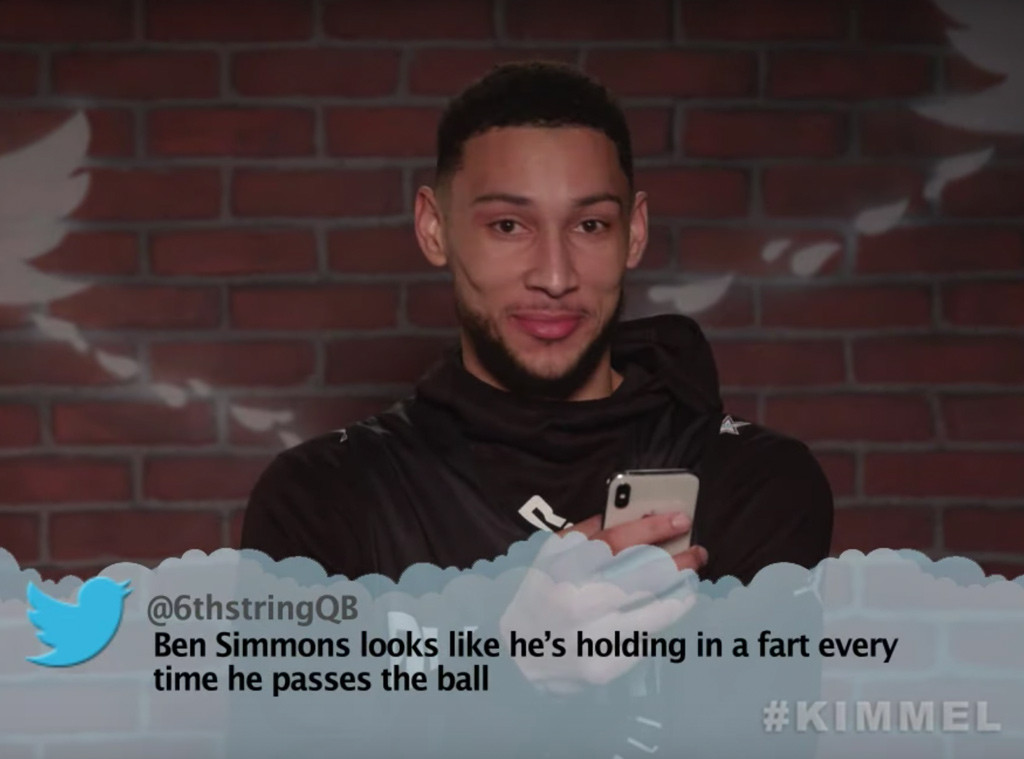 Fans cheered for their favorite teams all season long, but it was the Golden State Warriors and Toronto Raptors that made it to end.

While there’s always a little trash-talking off the court, some fans take these rivalries to a whole new level. Jimmy Kimmel proved this to be true by having a few players and owners read hateful social media posts about themselves for Thursday’s segment of “Mean Tweets.”

“Charles Barkley is so fat, he puts his belt on with a boomerang,” the retired pro read. “That’s not funny at all.”

Some sports stars laughed off the tweets. After reading a tweet that read “Ben Simmons looks like he’s holding in a fart every time he passes the ball,” the Philadelphia 76ers player joked, “Maybe I am.”

Others, however, weren’t afraid to clap back.

Watch the video to hear all the mean tweets.