The Best Celebrity Hair Transformations of 2021

The 29-year-old actor, who is starring in a new Hulu movie, Not Okay, took to the film’s TikTok to give fans a behind-the-scenes look at the hair transformation going down on set.

In the video, O’Brien sits down in a stylist’s chair with his dark brown locks. But a few seconds later, as he takes his apron off, the Maze Runner star debuts a blonde buzz cut. And to say he looks like an entirely different person would be a gross understatement. 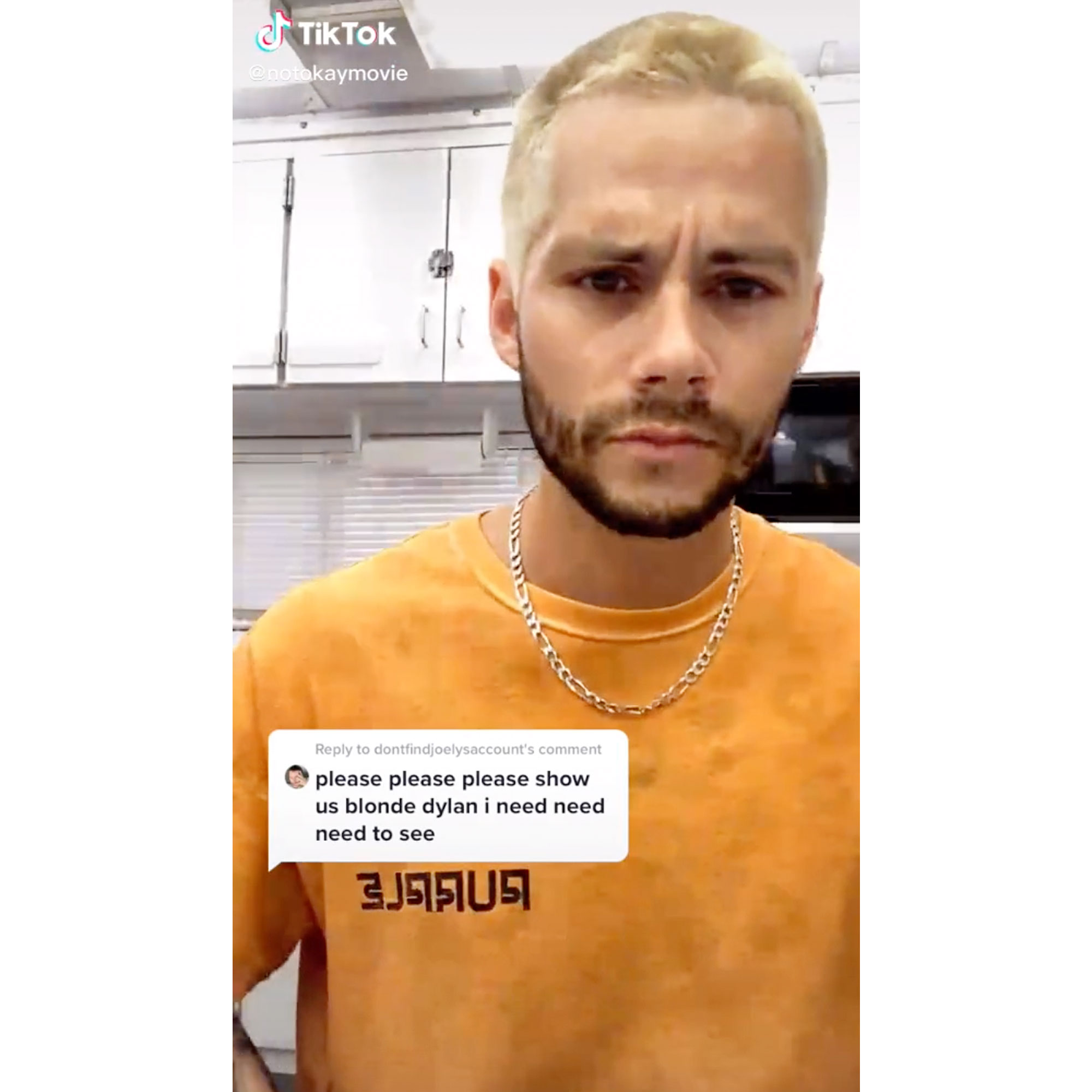 It took no time at all for fans to completely lose their chill, taking the comments section by storm in a matter of seconds.

“This movie is called ‘not okay’ because after this I’M DEFINITELY NOT OKAY,” a fan wrote. Another added: “IS EVERYONE STILL BREATHING????? I’M NOT.”

The wild hair color switch up even had some people drawing comparisons to everyone from Maluma to Justin Bieber.

“Okay but why does blonde dylan remind me of zayn malik,” someone said. Another person chimed in: “Is it just me or is he giving off young Paul Walker vibes???”

While this short clip was just a tease of O’Brien’s full-on heartthrob look, fans can hope to see some more pics of the star in action as filming for the new flick is already underway in New York City, according to Variety.

O’Brien stars alongside Zoey Deutch in the movie, which “follows a misguided young woman desperate for friends and fame, who fakes a trip to Paris to up her social media Presence.”

But not everything is rainbows and butterflies as a “terryifying incident takes place in the real world and becomes part of her imaginary trip.”

Deutch, for her part, has also undergone quite the hair transformation in preparation for the film. And it’s safe to say she’s going to be serving all the Y2K vibes.

In photos snapped from set, she’s seen rocking chunky blonde face-framing highlights. As for her fashion? Well, she’s showed off a handful of looks including, but most definitely not limited to, plaid mini skirts, open cardigans and baggy cargo pants.

“BABE,” she captioned an Instagram post earlier this month, rocking peace and love printed pants and white t-shirt sans a bra. In the series of images, she tagged the movie’s costume designer Sarah Laux.