Iggy Azalea is confident about raising her and Playboi Carti’s son Onyx on her own. HollywoodLife has learned that Iggy is embracing being a single mom following her split from the rapper.

Iggy Azalea is excited for this new chapter as a single mom. The “Savior” rapper, 30, revealed on social media last month that she’s raising her son Onyx “alone” after splitting with his father, rapper Playboi Carti. While it’s been a “transition” period for Iggy, she’s enjoying her one-on-one time with the ex-couple’s 5-month-old son.

“Iggy has always been fiercely independent her entire life, so she isn’t worried in the slightest about raising Onyx as a single mom,” a source close to the rapper told HollywoodLife, exclusively. “Iggy is super protective of her son and she hasn’t let him out of her sight since becoming a mom, so she’s confident she can absolutely handle raising her son without being in a relationship with his father,” the insider explained, noting that while it’s been “a bit of a transition period,” Iggy has adjusted quite well to her new role.

Although Iggy and Playboi have ended their romantic relationship, she’s has no intention of cutting him out of his son’s life. “Iggy is grateful that Onyx has had both parents present from day one and she plans on maintaining a healthy co-parenting relationship with Carti,” the source said, adding, “She isn’t concerned with that aspect of things and is dedicated to focusing on doing what’s best for Onyx.”

A second source close to Iggy agreed, and even admitted that she isn’t planning on getting back together with her son’s father. “Iggy still wants Carti in her life because she wants Onyx to have a good relationship with his dad, but she’s got no intention of ever getting back together with him,” the source revealed, adding that Iggy “is more than good” in all aspects of her life. “She simply loves herself too much to accept less than what she knows she deserves… She’s got a great support system in L.A. and she’s got her son. Becoming a mom has been the best thing that has ever happened to her,” the insider said. 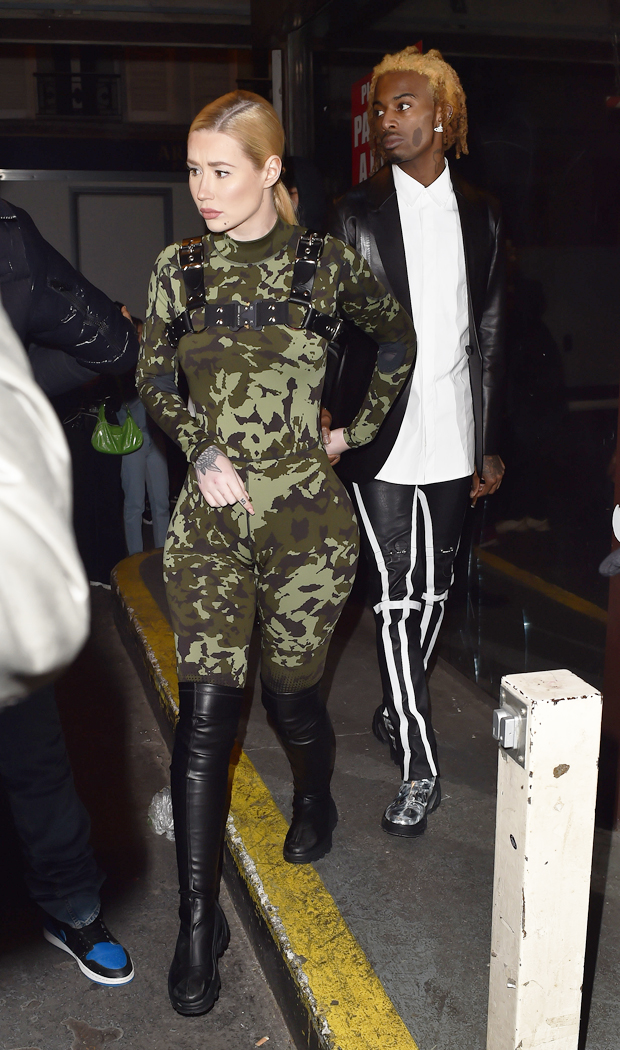 Iggy first shed light on her new single status on October 23, with a string of cryptic messages on her Instagram Story. “You lost a real 1,” she began, writing, “People take loyalty for granted & that’s why I’d rather be alone. One thing I’ll never understand is how liars live with themselves. That s**t don’t eat y’all up inside?” Hours after her initial posts, Iggy returned to social media to explain her messages. “What I mean last night was that I’m raising my son alone & I’m not in a relationship,” she wrote about her breakup with Playboi Carti.

The rappers are believed to have dated for two years before calling it quits. Iggy shut down engagement rumors in July of 2019, when she was spotted with a diamond ring on her left hand. She was previously engaged to NBA player Nick Young before they split in 2016.

Iggy secretly welcomed Onyx this summer and confirmed her son’s birth in June. It wasn’t until July 14 that she revealed her son’s name, along with the sound of his precious voice in an audio video on Instagram. On September 19, the rapper unintentionally showed her son’s face while arriving at LAX airport, however, the photos were low-quality and grainy. On October 24, Onyx made his world debut on Instagram when his Iggy shared photos of the mother-son duo!

END_OF_DOCUMENT_TOKEN_TO_BE_REPLACED

END_OF_DOCUMENT_TOKEN_TO_BE_REPLACED
Recent Posts
We and our partners use cookies on this site to improve our service, perform analytics, personalize advertising, measure advertising performance, and remember website preferences.Ok