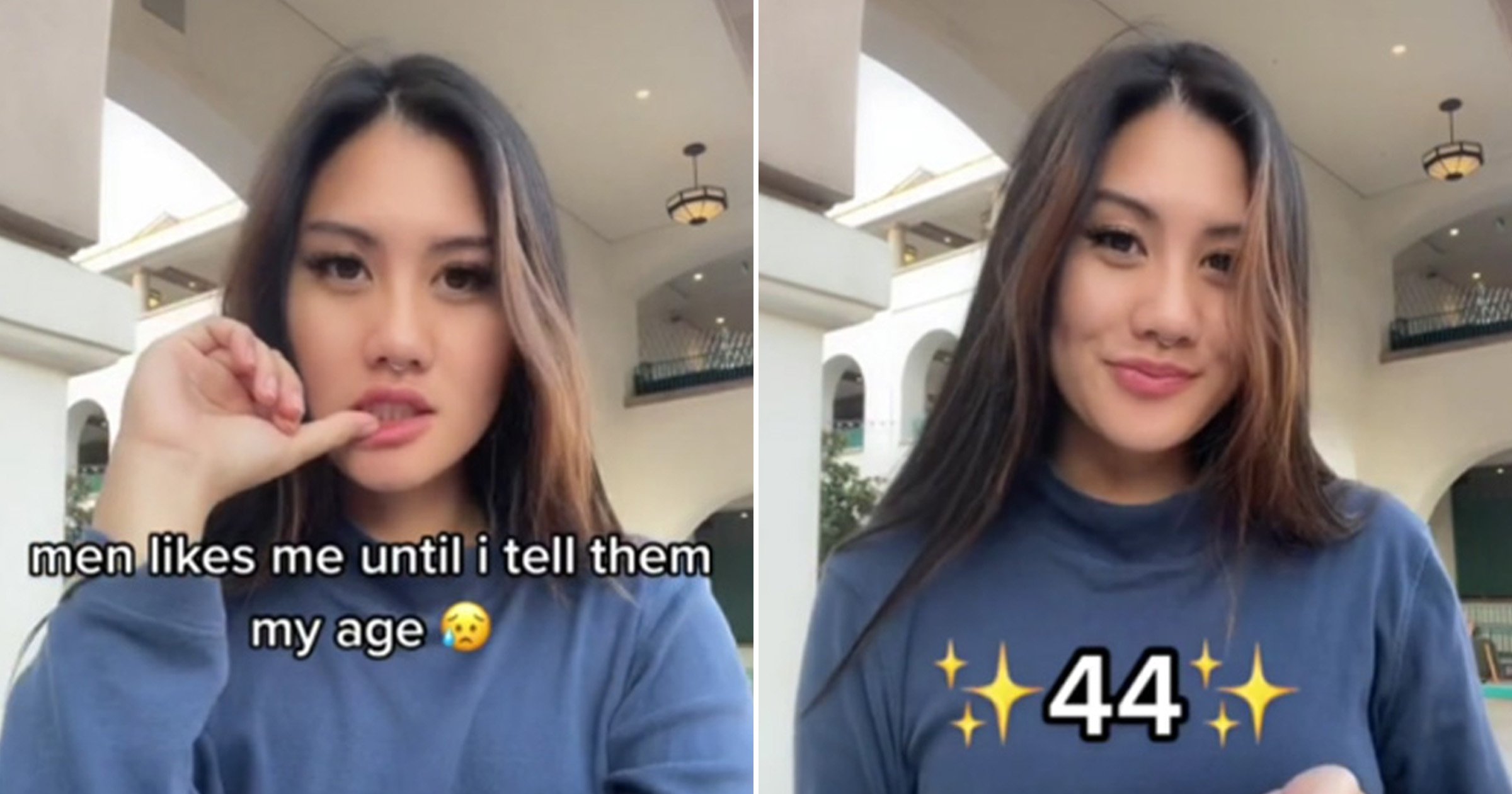 A woman has stunned everyone online with a bombshell about her age.

TikTok user @princessaprilxo told her followers about her dilemma in a video that has now been viewed over 8.2 million times.

The woman explained that men pay her plenty of attention, but when they discover their age, things get awkward.

‘Mens like me until I tell them my age,’ she wrote in the video.

She then revealed her age to be 44 years old, saying that ‘nobody wants a cougar.’

Wiewers were understandably shocked at the woman’s reveal.

Yet, they were keen to tell her that age is only a number.

‘I don’t think those were men, you must know a lot of boys hehe, age is nothing if the woman has a good personality and is true to herself,’ advised one follower.

‘Well you certainly don’t look 44 and any guy would be lucky to have a beautiful woman like you,’ added another.

Some pointed out that the issue isn’t her age or appearance but her biological clock.

One viewer wrote: ‘They still like you but they are thinking about wanting children and it is not possible with you anymore.’

However, despite her claims, some were adamant that she was not telling the truth.

‘I still don’t believe her,’ exclaimed a skeptical user.

While the jury is out on whether or not she is being honest about her date of birth, it has to be said that whatever the number, she looks incredible.

And we think more power to her.

Send us an email at [email protected]