Australian Foreign Minister Marise Payne says she doesn’t want to comment on the rumoured defection to the United States of a senior Chinese spy but has urged Beijing to fully comply with the next phase of the investigation into the origins of COVID-19.

Chinese vice-minister of State Security, Dong Jingwei, has reportedly defected to the US and given information about the Wuhan Institute of Virology which is at the centre of the COVID-19 lab leak theory. 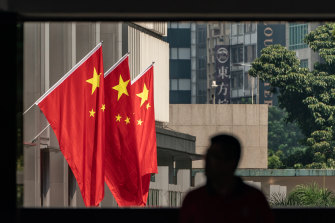 Rumours are flying that Dong Jingwei may have flown to the US from Hong Kong in February. Credit:Getty Images

Dong was responsible for China’s counter-intelligence activities and if the reports are true, it would be the highest-level defection in the history of the People’s Republic of China.

The rumour of the defection has been spreading on Chinese language media and Twitter in recent days, which included reports that Dong fled to the US via Hong Kong with his daughter in February.

It was given a boost in credibility after SpyTalk, a newsletter covering US intelligence, reported Dong was believed to have given Washington information about the Wuhan laboratory that led to the Biden administration giving the lab leak theory extra credence.

While the majority of Australian and American intelligence agencies still favour the theory that COVID-19 emerged naturally from an animal host, they have not ruled out the lab leak theory and it has been gaining traction publicly in recent months.

Senator Payne declined to comment on the reported defection of Dong, saying the most important next step for China was to comply with the second phase of the World Health Organisation-appointed panel’s investigation into the origins of COVID-19. 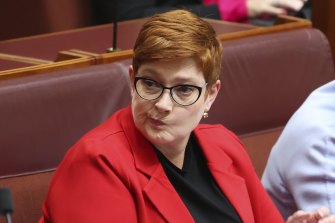 The panel’s first inquiry operated under the control of Chinese authorities and Beijing refused to provide key data samples to the investigation team. As a result, the inquiry was widely criticised by scientists and governments as limited.

“I wouldn’t normally comment on intelligence matters of that nature, but what is very important here is that we do maintain the momentum of this inquiry,” Senator Payne told the ABC’s Insiders program on Sunday morning.

“We know that the phase one inquiry had significant limitations in terms of the delay in deploying it, access to information, access to appropriate scientific and medical evidence.

“So we are very determined to work with our partners to ensure that the phase two investigations able to access the material that it needs, including within China.

“The most important thing here … absolutely is that this never ever happens again. Doesn’t matter whether it’s from Australia’s perspective, from the United States’ perspective or the smallest developing nation. We all share that view.”

Han Lianchao, a former Chinese foreign ministry official who defected after the 1989 Tiananmen Square massacre, said that if the rumour of Dong’s defection was true, “it is really a big bomb”.

Nicholas Eftimiades, a former CIA and Pentagon expert on China, said the suspected defection was “exactly what it is, a rumour”, and that such claims of Chinese officials defecting “happen all the time” and are not necessarily correct.

Rory Medcalf, a former Australian intelligence official and head of the Australian National University’s National Security College, cautioned it was “rumours and reports only at this stage”.