10 times NBA players were robbed of the MVP award

Aside from taking home the whole championship, the Most Valuable Player award is the most prestigious trophy in the NBA.

But what exactly is the criteria for winning MVP? There are conflicting definitions. Is it the best player in the league? Is it the one who has made the biggest impact on the game? Or is it the player who is considered most instrumental in his team’s success? Could it be a combination of all three?

This uncertainty has led to some major snubs over the years for the coveted accolade. Here are some of the players who should have taken home the Maurice Podoloff Trophy.

LeBron James lost out to Derrick Rose in 2011. 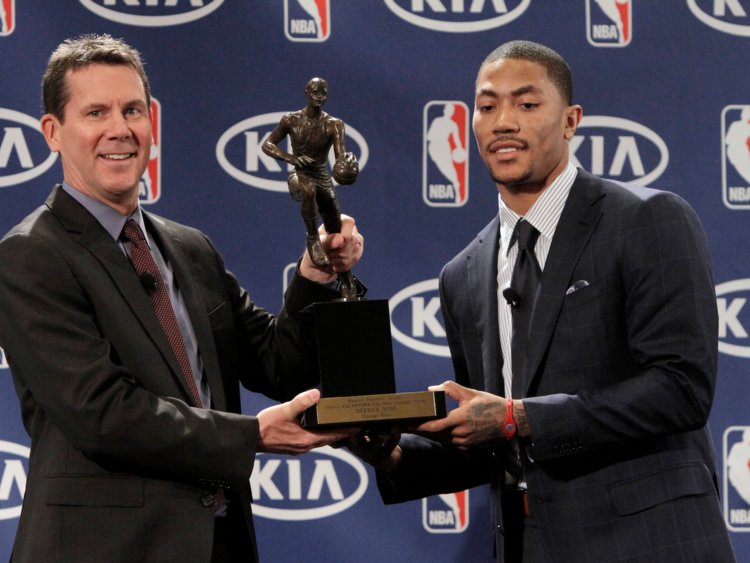 LeBron James is certainly not lacking for MVP awards. The self-proclaimed King James has won four trophies. But he could have added another to his collection in the 2010 – 2011 season. That summer James polarized the basketball world by leaving his hometown Cleveland Cavaliers and taking his talents to South Beach to play for the Miami Heat in a highly publicized and widely panned television special known as ” The Decision.”

James silenced critics byaveraging 26.7 points, 7.5 rebounds, and seven assists per game. However he still finished third in MVP voting behind Orlando’s Dwight Howard and winner, Chicago Bulls point guard Derrick Rose who received113 out of 121 first-place votes. James bestedRose in almost every category, including twice the number of rebounds and was only .7 behind in assists. Many believe James’ unpopular offseason moves affected the voting outcome.

Shaquille O’Neal was shafted in 2005. 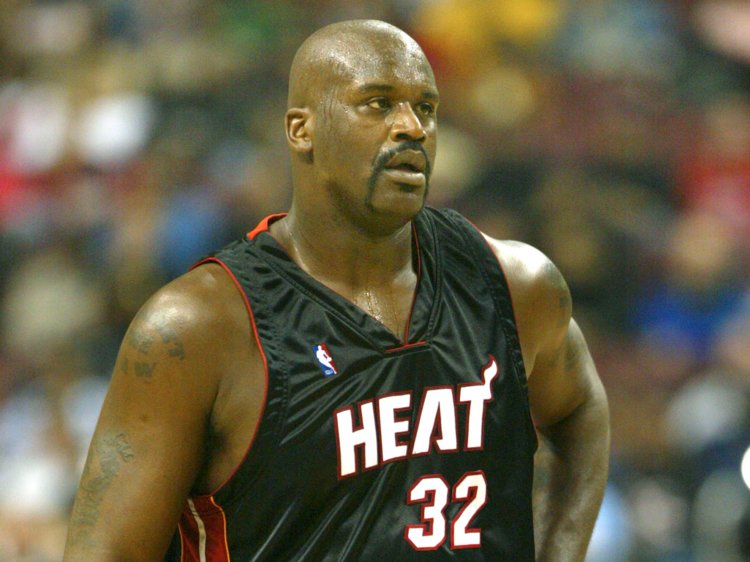 After the 2004 – 2005 season, point guard Steve Nash won his first MVP award byaveraging 15.5 points, 3.3 rebounds, and 11.5 assists in his first season back with the Phoenix Suns since being traded to the Dallas Mavericks in the summer of 1998. Meanwhile, superstar center Shaquille O’Nealput up 22.9 points, 10.4 rebounds, 2.7 assists, and 2.3 blocks per game in his inaugural season with the Miami Heat, in addition to shooting a scorching 60% from the field.

O’Neal and the Heat won the championship, but he finished second in voting behind Nash. 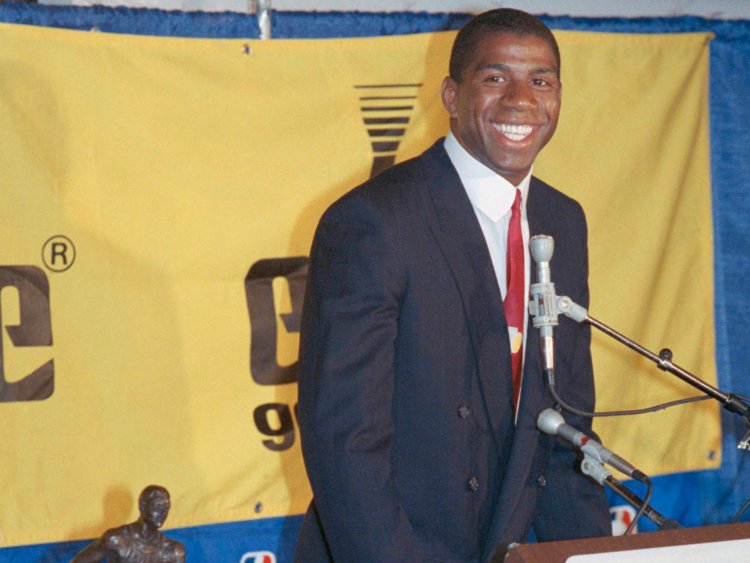 The outspoken NBA analyst and Hall of Famer formerly known as the Round Mound of Rebound was quite a force during his playing days. He led the Phoenix Suns to the NBA Finals in 1993 before falling to Michael Jordan’s Chicago Bulls in six games. On the plus side, Barkley was awarded MVP for the first and only time in his career. But long before he joined the Suns, Barkley spent several years as the Philadelphia 76ers’ superstar forward. In the 1989 – 1990 season Sir Charleslogged 25.2 points per game, 11.5 rebounds, 3.9 assists,1.9 steals, and a torrid 60% shooting from the floor. Still, Magic Johnson picked up the award for the third time despitescoring at a 22.3 ppg clip and 48% field goal percentage. 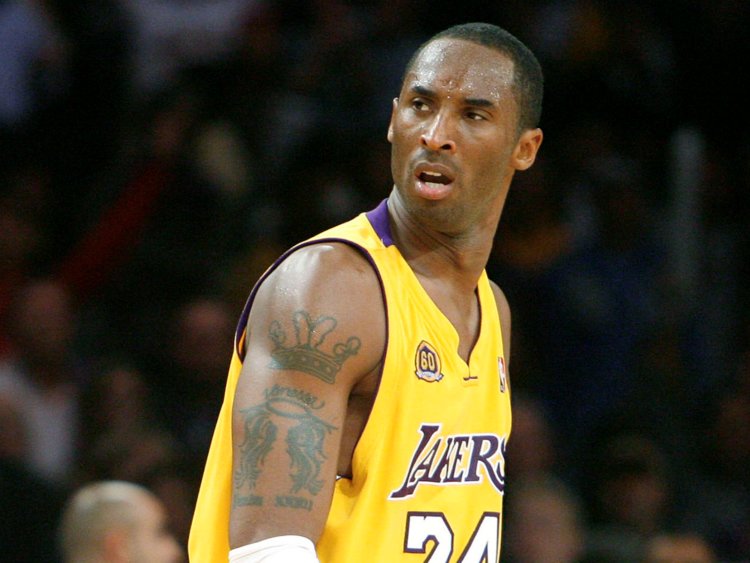 By the time he retired in 2016, Bryant was a five-time NBA champion, two-time NBA Finals MVP, and 18-time All-Star. But his only NBA MVP came in 2008. Bryant missed out on a chance to add another to his trophy case in the 2006-2007 season. He came in third in the NBA vote, with the Dallas Mavericks’ Dirk Nowitzki claiming the hardware. The Black Mamba notched an incrediblestat line of 31.6 points, 5.7 rebounds, and 5.4 dimes while leading the league in scoring and earning a spot on the All-Defensive first team.

Nowitzkirecorded 24.6 points, 8.9 rebounds per game, and was not selected to the All-Defensive team. As an aside, despite having the No. 1 seed, his team was eliminated in the first round of the playoffs.

Chris Paul could not overtake Kobe Bryant in MVP voting in the 2007-2008 season. 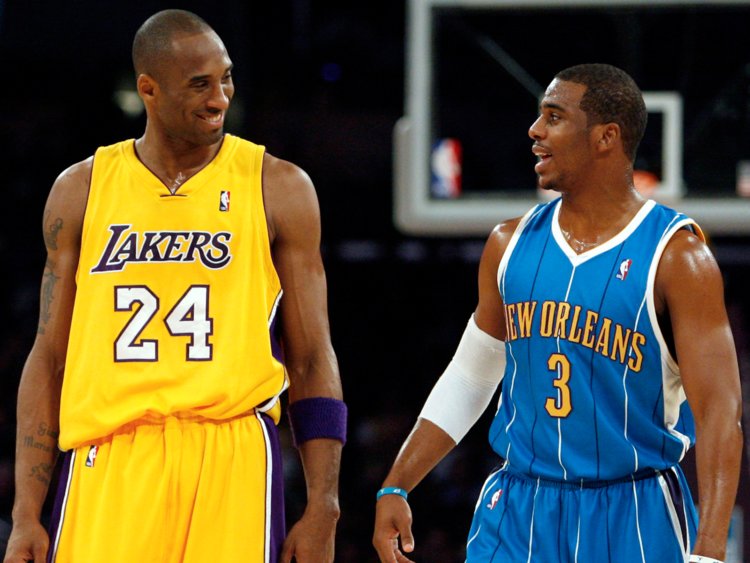 Kobe Bryant only won a single MVP award in 2008 but not without controversy. Don’t get it twisted — Bryant put in work that season. The staraveraged 28.3 points per game to go along with 6.3 rebounds, 5.4 assists, and 1.8 steals.

But the then 22-year-old Paul was having a career year for the team formerly known as the New Orleans Hornets. Heaveraged 21.1 ppg, 11.6 assists, 4 rebounds, and 2.7 steals in only his third season in the NBA. He joined Utah Jazz great John Stockton as the only players to ever average over 11 assists with less than three turnovers. Also, Paul led the Hornets to a second place finish in the Western Conference standings.

However, Kobe prevailed, and Paul has yet to win the award. 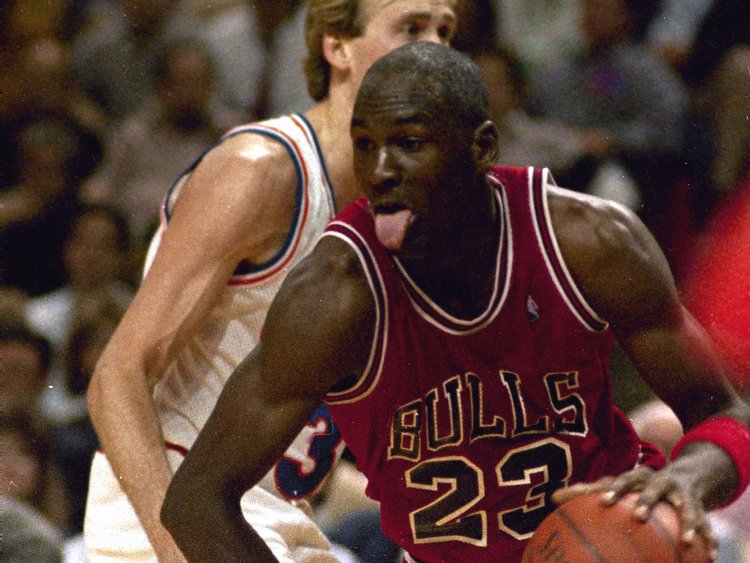 Jordan looked like a clear front runner for the MVP award in the 1988-1989 campaign. His Airnessaveraged a staggering 32.5 points, 8 rebounds, 8 assists, 2.9 steals and 0.8 blocks in just a hair over 40 minutes per game while shooting 53% from the floor. It was one of the best statistical stat lines of his storied career. If that wasn’t enough, Jordan also racked up other accolades including a spot on the All-NBA first team and All-Defensive first team. 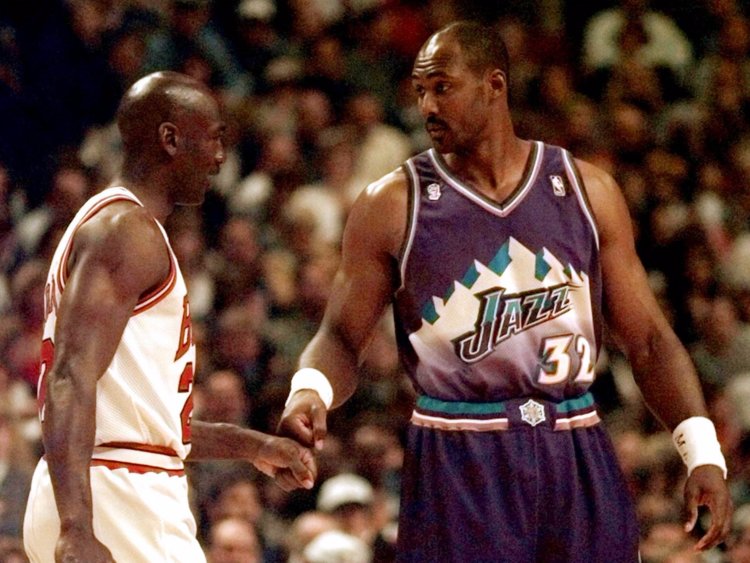 Michael Jordan is the proud owner of five NBA MVP awards, but the player who is arguably considered the greatest basketball player of all time could have added even more to his trophy case. In the 1996 – 1997 season, Jordan led the league in scoring and won the fifth of his six NBA championships. He did so whileaveraging 29.6 points, 5.9 rebounds, 4.3 assists, and 1.7 steals per game.

But Karl Malone of the Utah Jazz stole his thunder. The power forward, whoaveraged 27.4 ppg that season, won the first of his two MVP awards but ultimately lost to Jordan and the Bulls in the Finals. 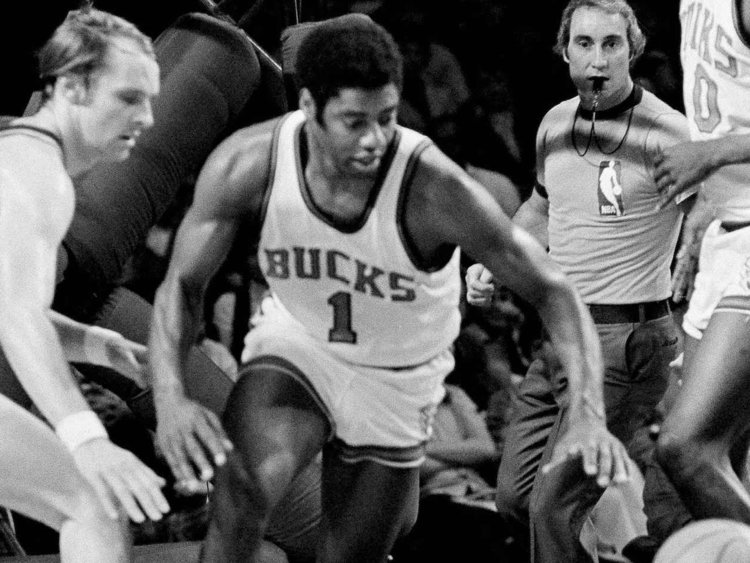 Oscar Robertson, or the Big O as he is more affectionately known, is an NBA champion who won his only MVP award in 1964. But Robertson could have had another on his mantle. The Cincinnati Royals point guard averaged a triple double in only his second season in the league — becoming the first player in NBA history to do so. Robertson put up astat line of 30.8 points, 12.5 rebounds, and 11.4 assists per game.

However,11-time NBA champ Bill Russell was given the honor instead. 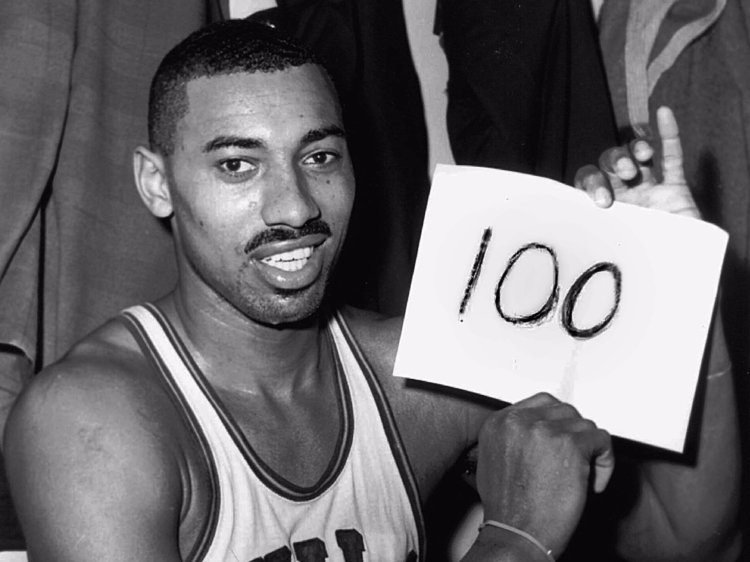 Wilt Chamberlain holds multiple NBA records for scoring and rebounding. One of his most enduring feats came in the 1961-1962 season when he scored100 points in a game where his Philadelphia Warriors trounced the New York Knicks 147-169. This was after breaking the previous single-game scoring record of 71 with a 78 point performance in December 1961. By the time the season ended Chamberlain hadfinished with an unbelievable 50.4 points, 25.7 rebounds, and 2.4 dimes per game.

Russell managed to stave off another record-breaking performance to become that season’s MVP. Chamberlain subsequently won four MVP awards, but it’s hard to fathom how he lost that season. 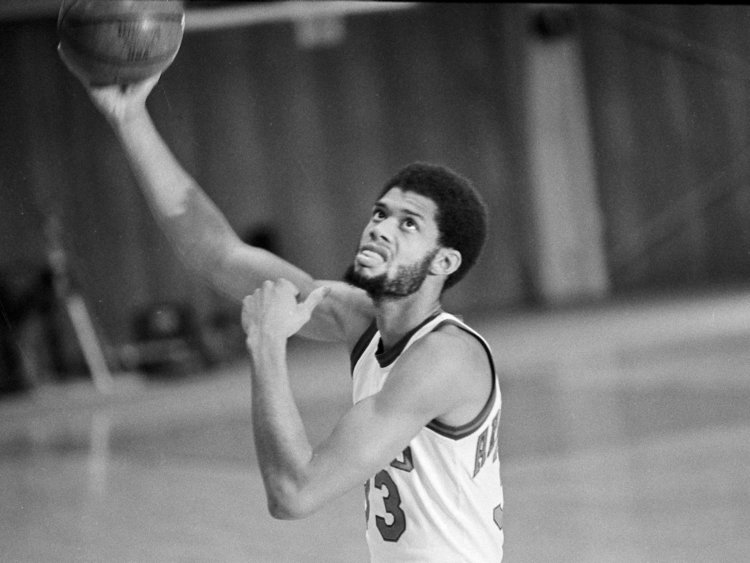 Kareem Abdul-Jabbar is an NBA legend who, despite his retirement in 1989, still leads the league in all-time points scored. His incredible 1972-1973 season averages contributed to the longstanding accolade as hechurned out 30.2 points, 16.1 rebounds, and 5 assists per game. But that season’s MVP award went to Boston’s Dave Cowens who wasjust a smidge better in rebounding with 16.2 per game but fell well below Abdul-Jabbar in points and assists. The Lakers center did end his career with six MVP trophies of his own.

Now, check out what happened to one of the greatest soccer teams ever… 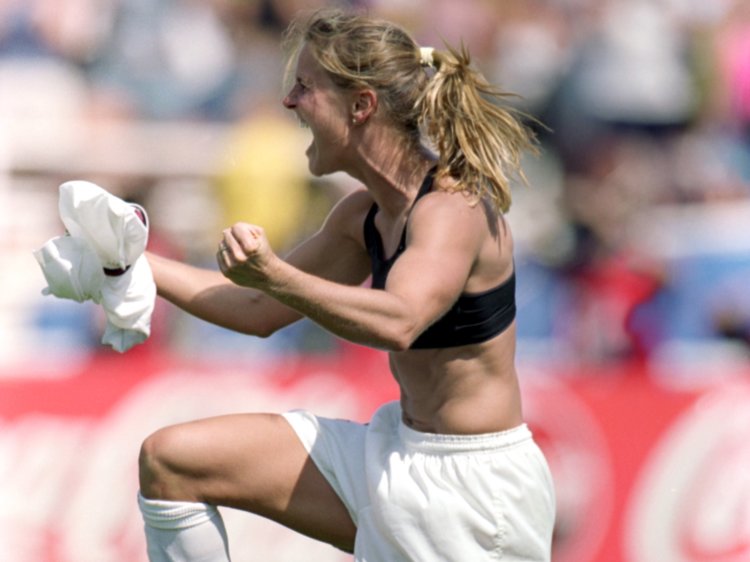