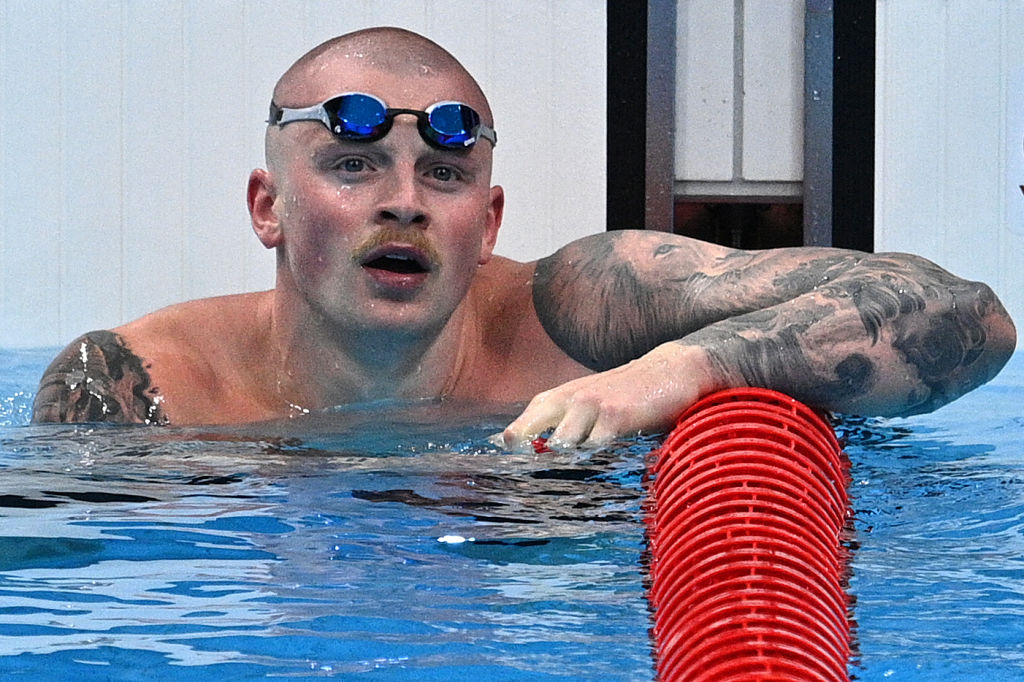 Adam Peaty underlined his status as the overwhelming favourite to become the first British swimmer to retain an Olympic title by cruising into the semi-finals of the men’s 100 metres breaststroke.

The 26-year-old prevailed in his heat in 57.56 seconds at the Tokyo Aquatics Centre, the quickest time of anyone to compete in the event on Saturday night and the eighth fastest of all time over the distance.

Peaty owns the previous seven as well and attention in Sunday morning’s semi-final will turn to whether he can set a new world record, currently 56.88secs which he recorded en route to winning gold at the 2019 World Championship.

‘It doesn’t feel like an Olympics. It’s not the same. Of course it’s not. But obviously when you go back to the (athletes) village, that’s when it does.

‘It’s about controlling all of those emotions and performing when it matters.

‘We were very delayed here. It’s very hot. But that’s the psychological things we need to adapt to. I had no idea how it was going to feel out there. I’m glad the cobwebs are out now.

‘Heats are heats. I always have cobwebs – it’s pretty much the exact same time I did in Rio – and I always build on that. We will just see where we go from here.’