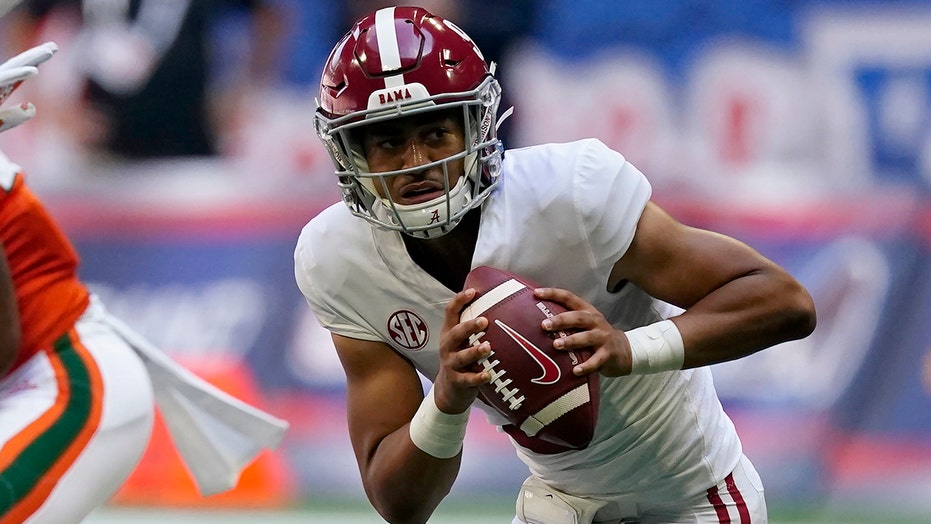 Alabama’s Bryce Young already made an impact on the football field and it only took him one game.

According to the Crimson Tide’s Twitter account, Young is the first Alabama quarterback to throw four touchdown passes in their debut. He broke the record previously held by Mac Jones and Joe Namath.

Young got Alabama on the board early and often.

The Crimson Tide started with a 37-yard touchdown pass from Young to Joh Metchie III about 3 minutes to the game. He would then find Cameron Latu twice in the second quarter.

He would put the exclamation point on the day with a 94-yard touchdown pass to Jameson Williams. He led Crimson Tide receivers with 126 receiving yards on four catches.

Trey Sanders added a touchdown on the ground. He finished with 60 rushing yards on 12 carries.

Miami’s offense struggled all game long. D’Eriq King, who was coming back from a torn ACL suffered in the Hurricanes’ final game of last season, finished 23-for-31 with 178 passing yards, a touchdown pass and two interceptions.

Miami didn’t get a touchdown under their belt until the third quarter.

Alabama will play Mercer next week. Miami will welcome Appalachian State at home.