Home » Sport » Amazon Prime to show Merseyside derby, Man Utd vs Spurs AND potential Lampard vs Terry showdown at Chelsea… and you can see it all for FREE

Amazon Prime to show Merseyside derby, Man Utd vs Spurs AND potential Lampard vs Terry showdown at Chelsea… and you can see it all for FREE

AMAZON PRIME have entered the Premier League broadcasting ring with a bang as they will serve up some mammoth clashes this season.

A Merseyside derby, Manchester United vs Tottenham and a potential Frank Lampard reunion with John Terry are to be shown by the new kids on the broadcasting block. 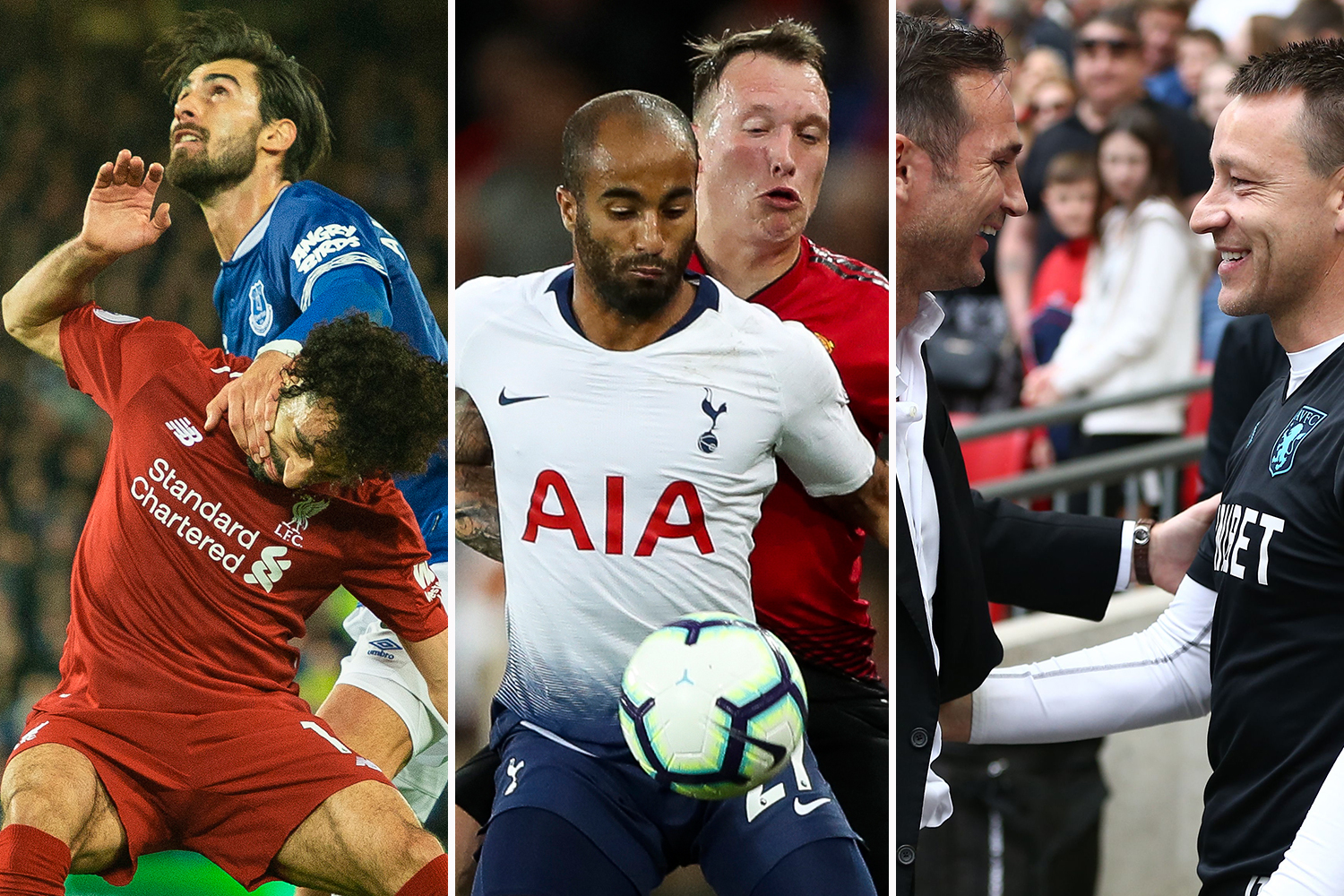 The online streamers have won the rights to two complete rounds of fixtures and will therefore show 20 top-flight matches.

Those rounds of fixtures will be played on December 3-5 and December 26-27.

The first of those will be a midweek set before the traditional Boxing Day games.

Liverpool at home to Everton and Spurs' trip to Old Trafford are the picks of the bunch in early December.

But while Chelsea's game at home to Aston Villa may not be the tastiest just yet, it could see Lampard – should he replace Maurizio Sarri – take on his old team-mate and current Villa assistant Terry at Stamford Bridge.

And with Amazon Prime showing all ten games, they will surely split the two headline ties to be played on different days.

Crystal Palace vs Bournemouth, Sheffield United vs Newcastle, Southampton vs Norwich and Wolves vs West Ham complete the fixture list.

Then after Christmas, Rodgers takes on another former side as Liverpool head to the King Power.

Arsenal and City must also travel with clashes away at Bournemouth and Wolves respectively.

Chelsea are at home to Southampton, Manchester United host Newcastle and Tottenham welcome Brighton to their new stadium.

There is also an all-promoted clash between Villa and Norwich.

Burnley will be hoping for a better result against Everton on Boxing Day this year after being stuffed 5-1 by the Toffees last season.

West Ham will once again be away after Christmas with many believing they cannot play at the London Stadium… due to the sales at the Westfield. 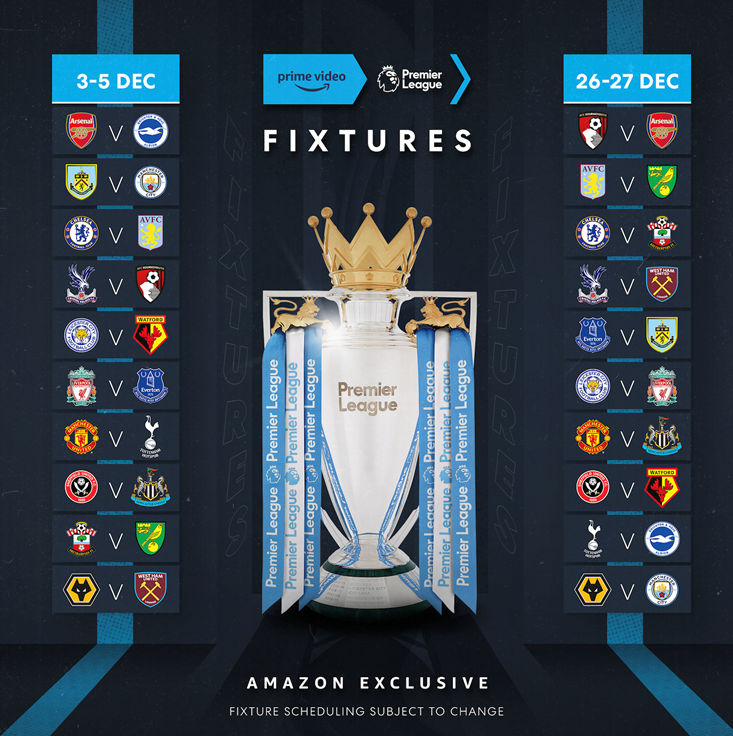 And spare a thought for Watford fans who must head to Sheffield United for their Boxing Day fixture.

Fortunately, they will be able to save themselves the 288-mile round trip by watching the game for free on Amazon Prime.

Existing customers will be able to watch the games through Amazon Prime Video while those without a subscription could simply sign up for a one-month free trial at the beginning of December to access all the games for nothing.