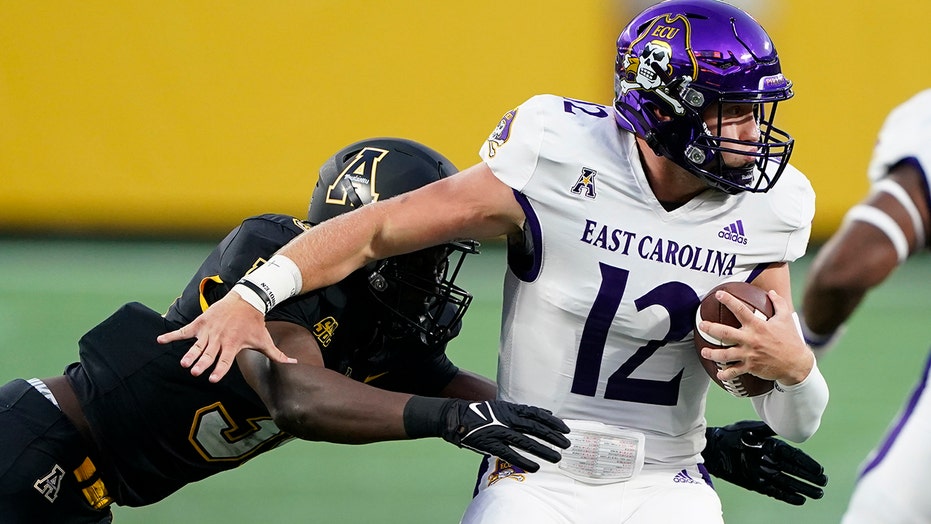 The Duke’s Mayo Classic between Appalachian State and East Carolina on Thursday night naturally featured a “mayo-eating contest” between students at the Bank of America Stadium in Charlotte.

The students appeared on the jumbotron and were going to town on fries and mayo. At least one of the students looked like he was fed up with the condiment at one point. The contest prompted some bewildered responses on social media as the game was ongoing.

The contest took place in the first half of the game.

The Mountaineers were leading the Pirates, 20-6, at the half. Chase Brice had a touchdown pass to Thomas Hennigan and Camerun People had a rushing touchdown. The Pirates got a touchdown pass from Holton Ahlers to Keaton Mitchell.

It was the teams’ first matchup since 2012 when the Mountaineers were still an FCS school. East Carolina won that game, 35-13.

Appalachian State finished 9-3 last season and ended with a win in the Myrtle Beach Bowl. The team has had 10 or more wins in four of the last six seasons and are hoping for another in 2021.