He might not have a combover or a fake tan, but Mikel Arteta is still on course to Make Arsenal Great Again.

This wasn’t the landslide victory that the pundits had predicted but a win is still a win and now the Gunners are in total control of their Europa League destiny. 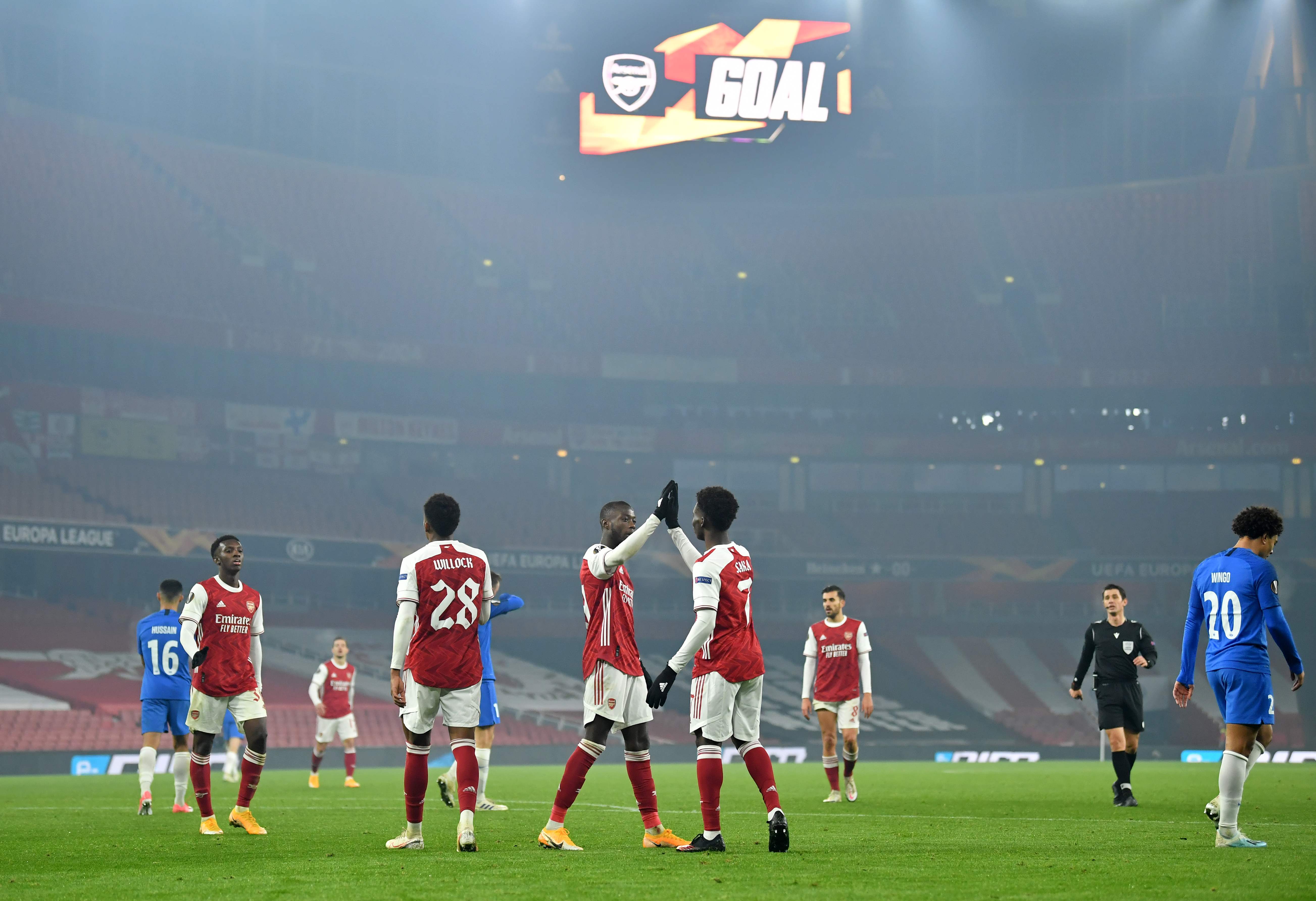 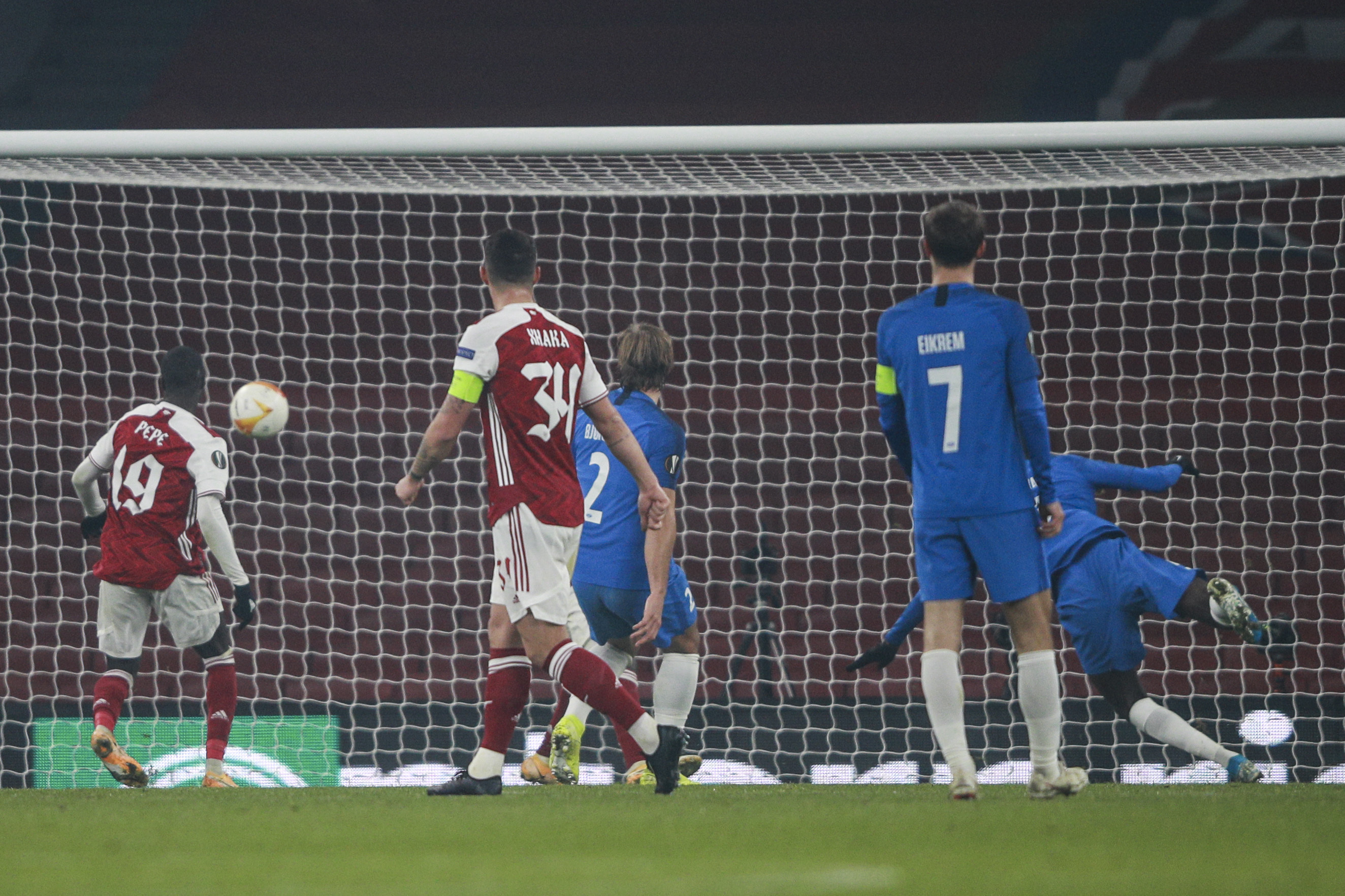 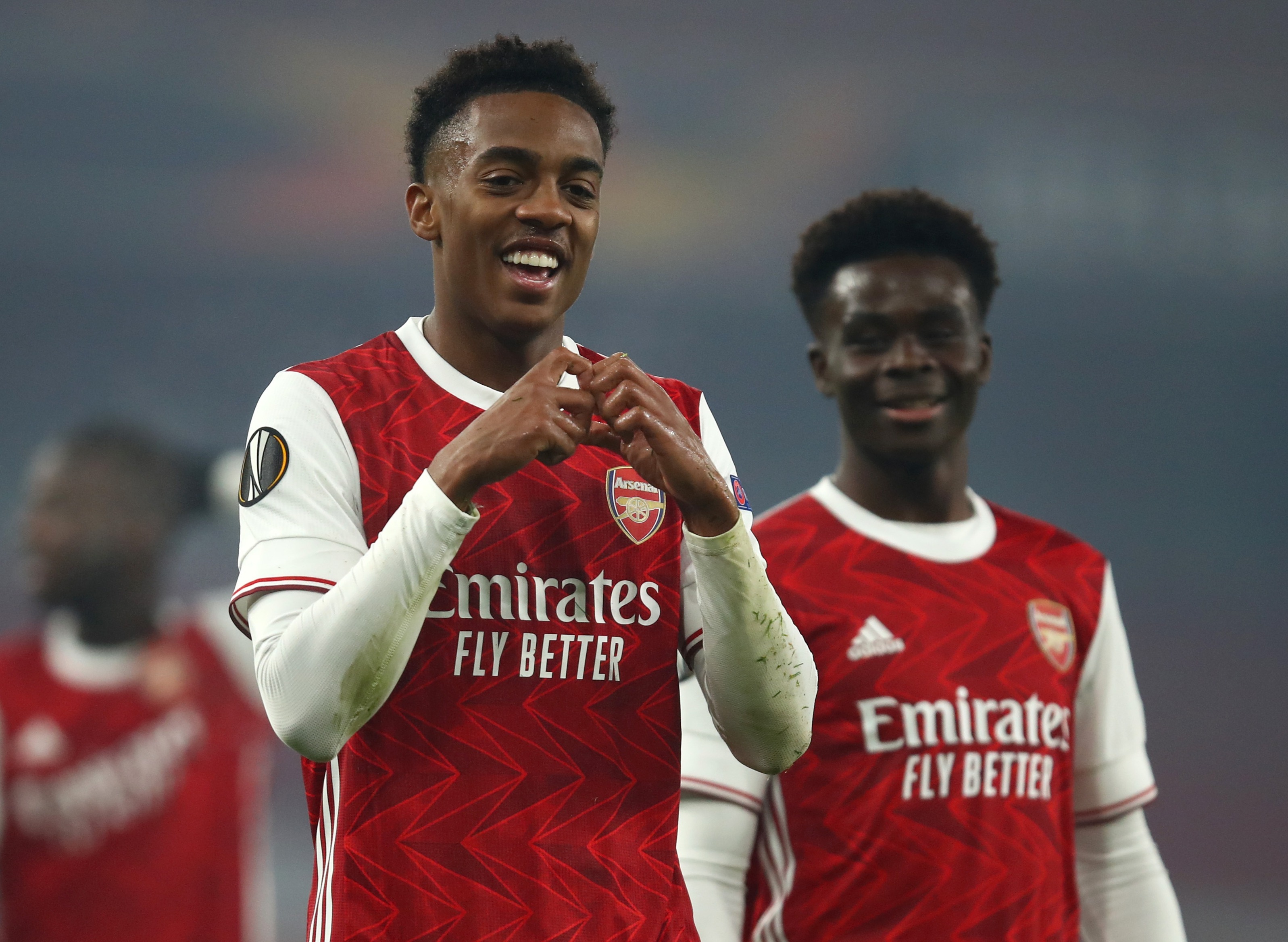 They were propelled to the top of their group with the helping hand of two Molde own-goals before Nicolas Pepe and Joe Willock put the result beyond doubt.

Now they know they can secure their place in the knock-out round with victory in the return match in Norway in three weeks’ time.

Arteta made nine changes to the side which won at Old Trafford on Sunday yet still had nine senior internationals in his starting line-up.

So while the manager denies that he has one team for the Premier League and another for Europe, it is certainly beginning to look that way.

And the time it is taking his shadow squad to get going on these chilly Thursday nights is certainly proving to be a cause for concern for Arteta.

Just as in their opening group game against Rapid Vienna, it needed the shock of going a goal down to shake Arsenal out of their stupor.

Even in last week’s 3-0 win against the minnows of Dundalk it took them the best part of 45 minutes to really get going.

And it was the same story last night as Arsenal struggled to impose themselves on willing but limited opponents who arrived at the Emirates with seemingly little to lose. 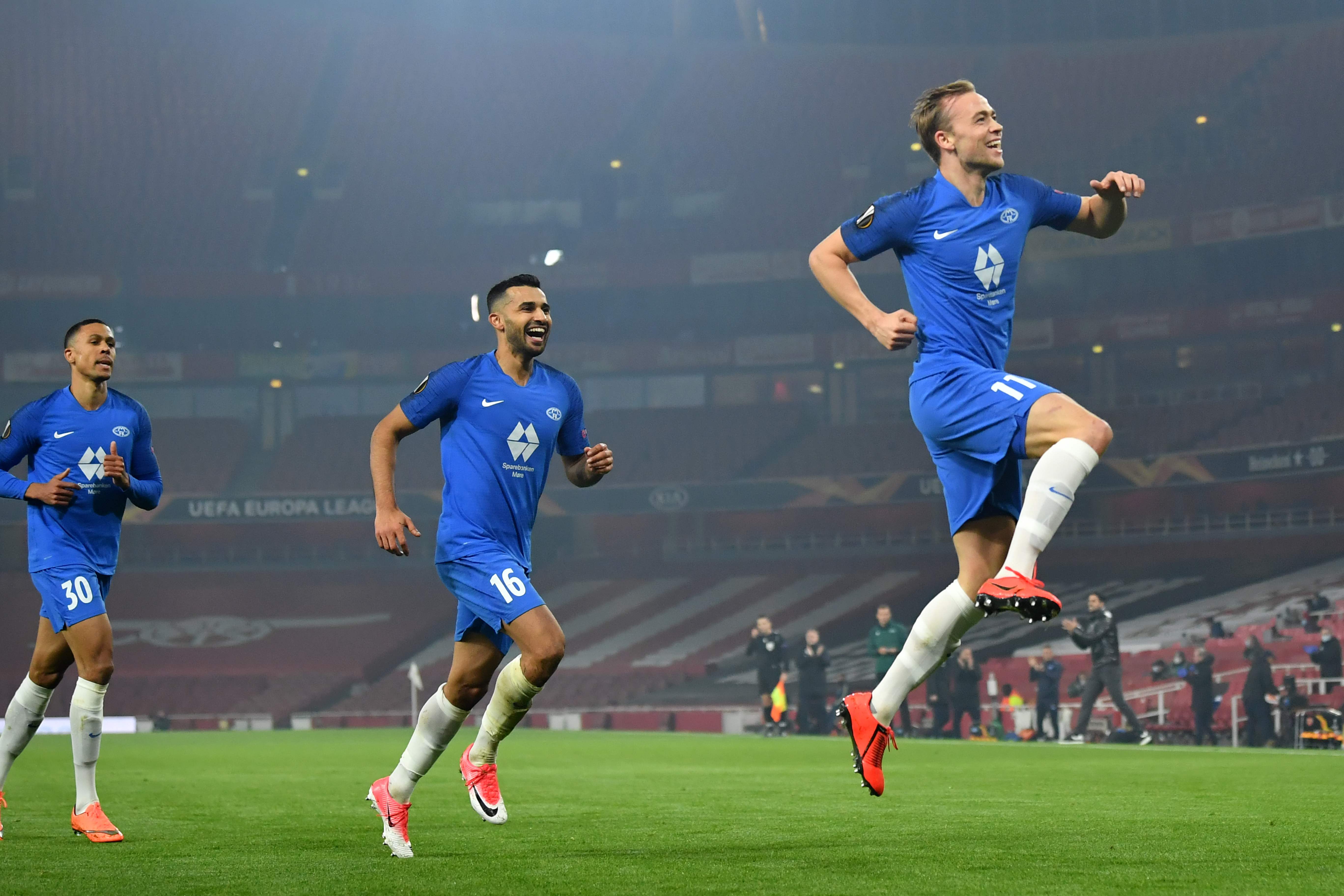 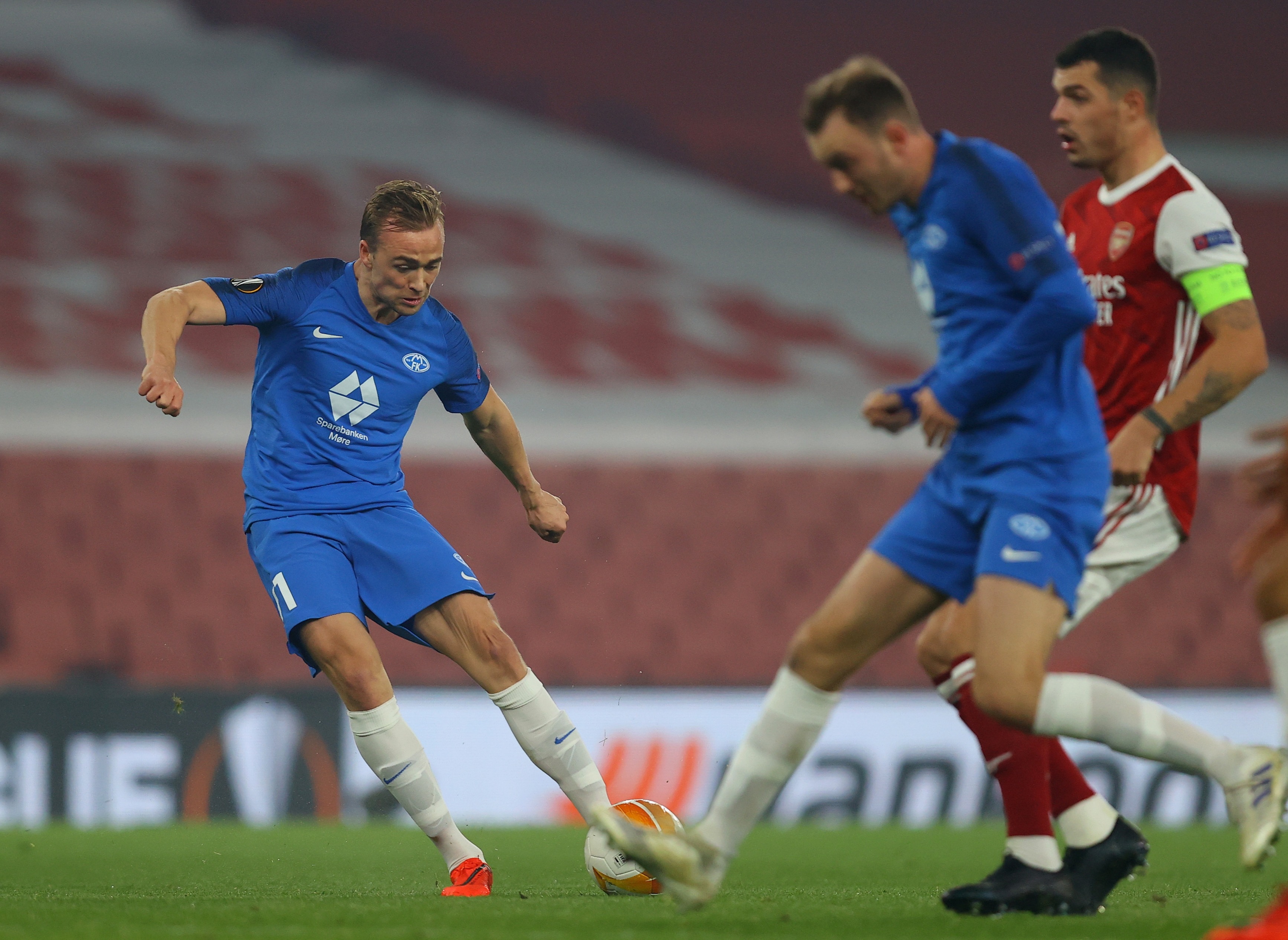 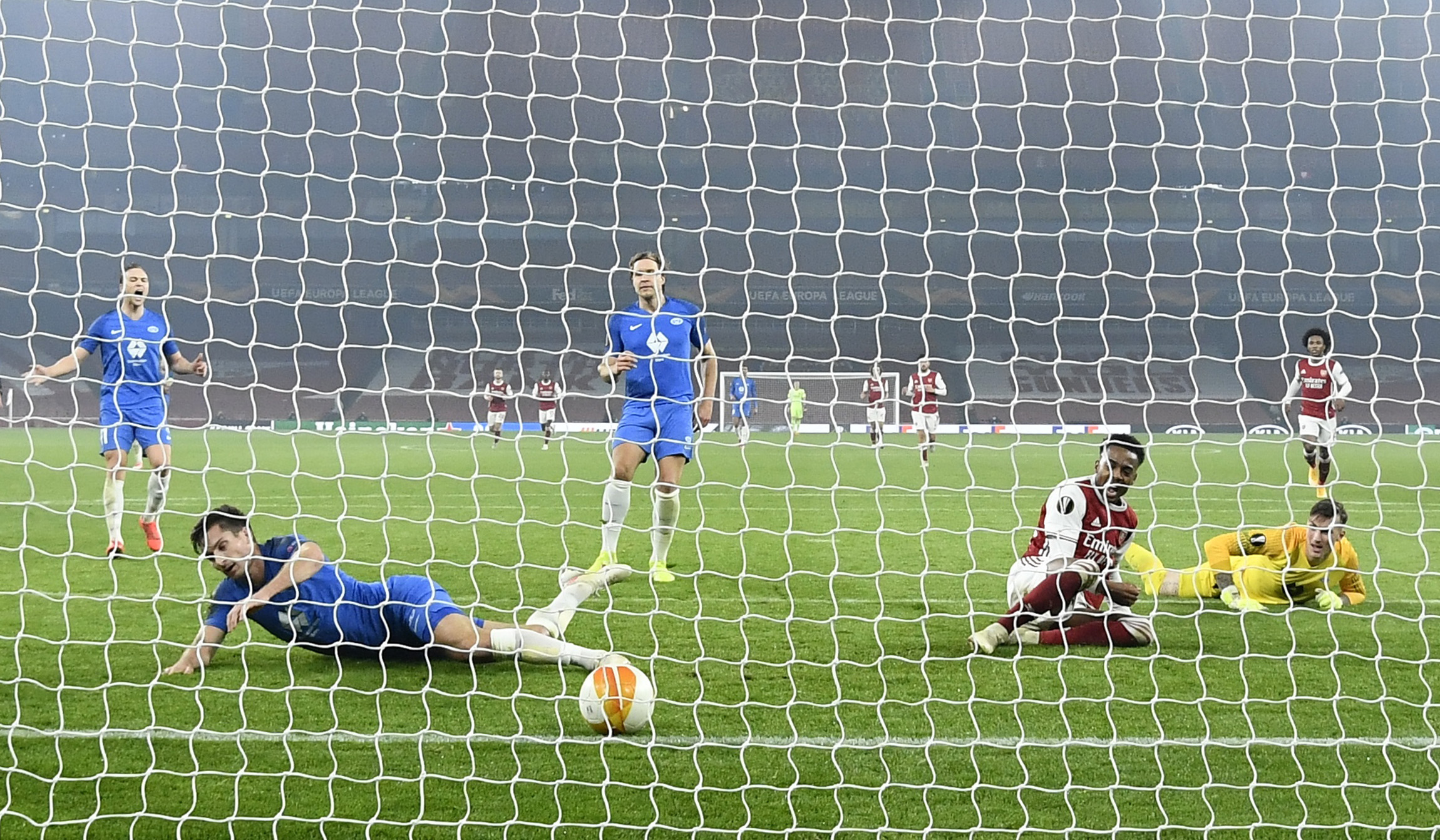 Like the Gunners, Molde had taken maximum points from their first two games and were looking to secure early qualification from Group B.

Yet never in their wildest dreams could they have imagined that they would cause so many problems for an Arsenal team who were supposed to have turned the corner at the weekend.

They took the lead midway through the first-half when Martin Ellingsen was able to beat Bernd Leno from considerable distance and once again the Arsenal keeper did not exactly cover himself in glory.

But they were undone by a lightning counter-attack on the stroke of half-time which ended with Kristoffer Haugen bundling Eddie Nketiah’s low cross into his own net.

It was a goal straight out of the Manchester United handbook of defending an attacking corner.

And the visitors should have been further punished ten minutes after the break when keeper Andreas Linde made a complete mess of Willock’s cross. 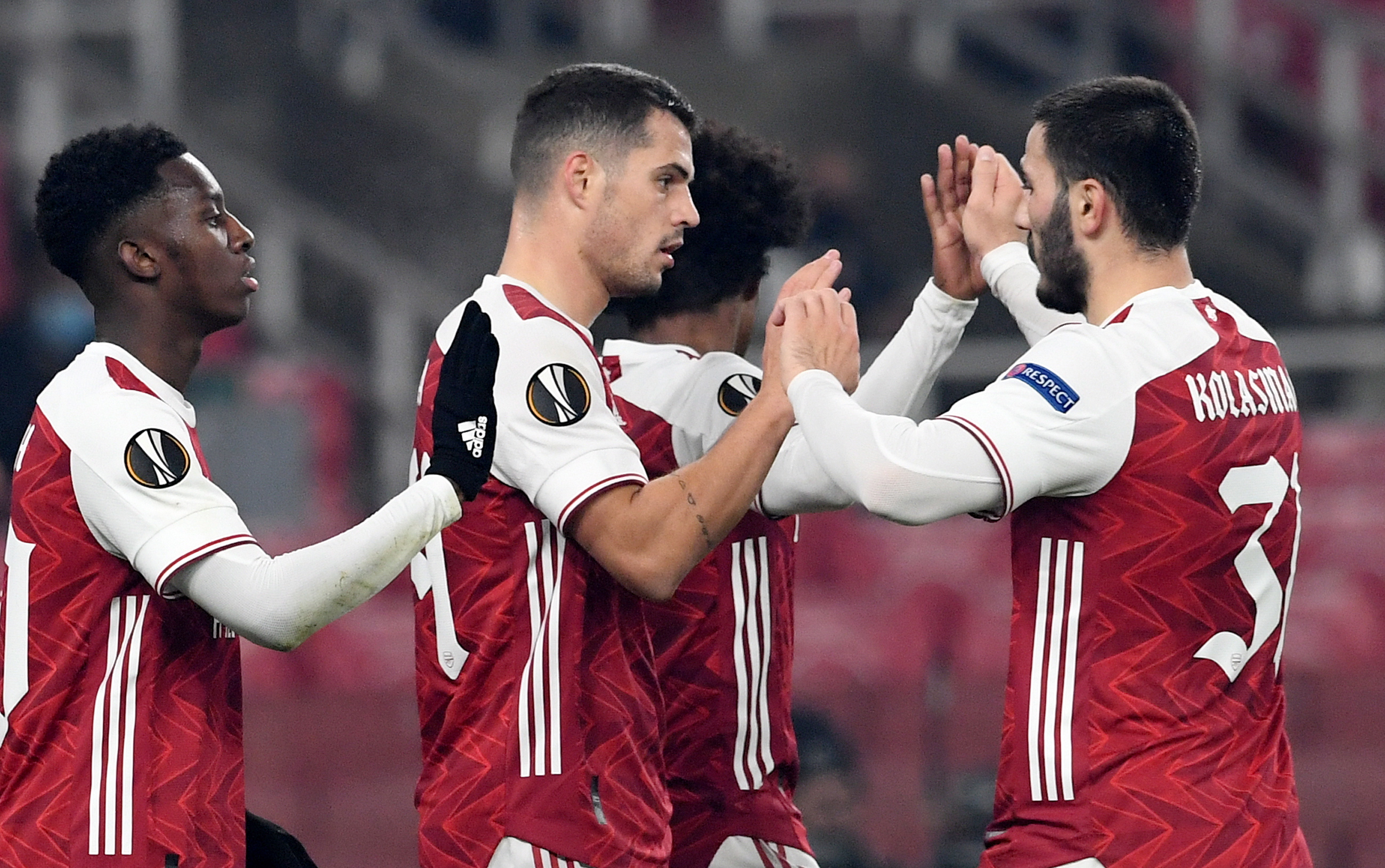 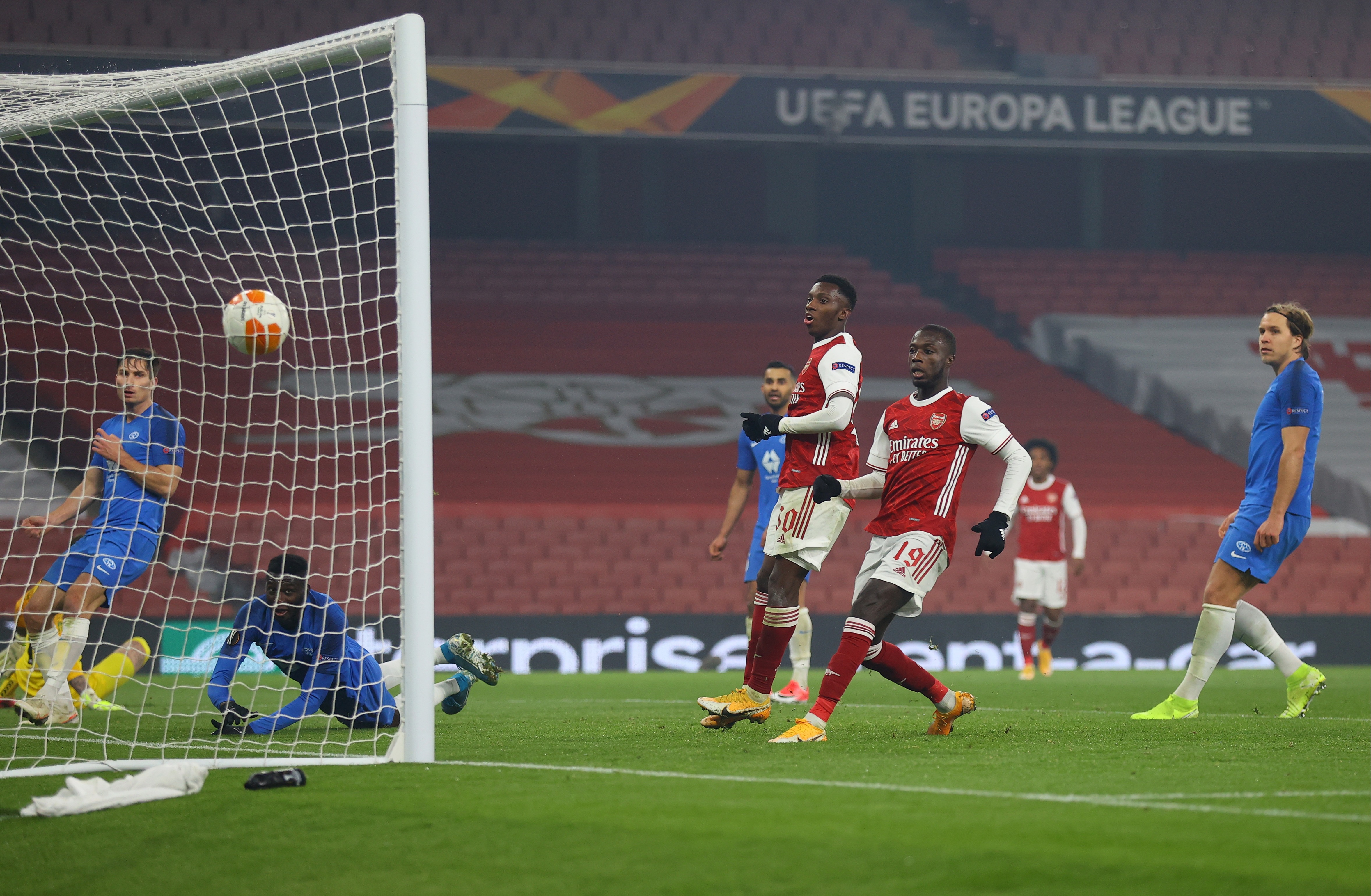 But Sead Kolasinac fired over the open goal with Arteta barely able to hide his disgust.

Fortunately for the blundering Bosnian, he didn’t have too long to stew on his miss before Arsenal went ahead in the 62nd minute.

This time it was the hapless Sheriff Sinyan who turned another Willock cross past his own keeper to leave boss Erling Moe shaking his head in disbelief.

But at least Arsenal’s decisive third was a goal all of their own making when substitute Bukayo Saka rolled one back for Pepe to rifle home from just inside the area.

And there was no doubting the quality of Willock’s well-deserved strike from another defence splitting pass from Mohamed Elneny.

It wasn’t quite a fifth of November to remember, remember but at least we had some fireworks to finish it off.

END_OF_DOCUMENT_TOKEN_TO_BE_REPLACED

END_OF_DOCUMENT_TOKEN_TO_BE_REPLACED
Recent Posts
We and our partners use cookies on this site to improve our service, perform analytics, personalize advertising, measure advertising performance, and remember website preferences.Ok