Home » Sport » Arsenal have more backbone since Emery – but Arteta has them playing fewer through balls, crosses… and taking less shots – The Sun

Arsenal have more backbone since Emery – but Arteta has them playing fewer through balls, crosses… and taking less shots – The Sun

ARSENAL'S comeback at Stamford Bridge on Tuesday night had Gunners fans purring – with many believing they’ve got their old fight back.

New boss Mikel Arteta certainly seems to have put the spine into supine — Arsenal’s prior pushovers have now got some fire in their belly. 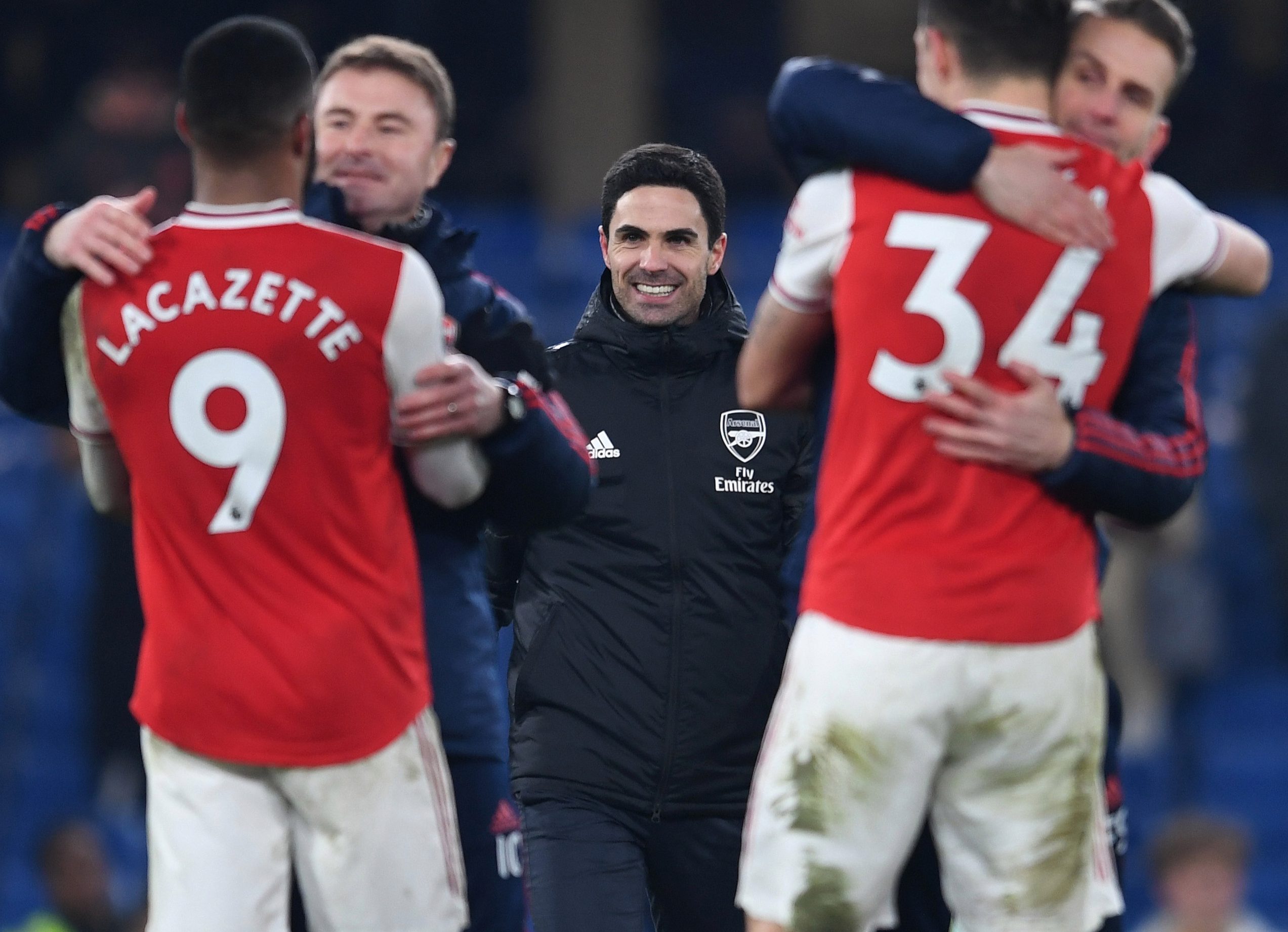 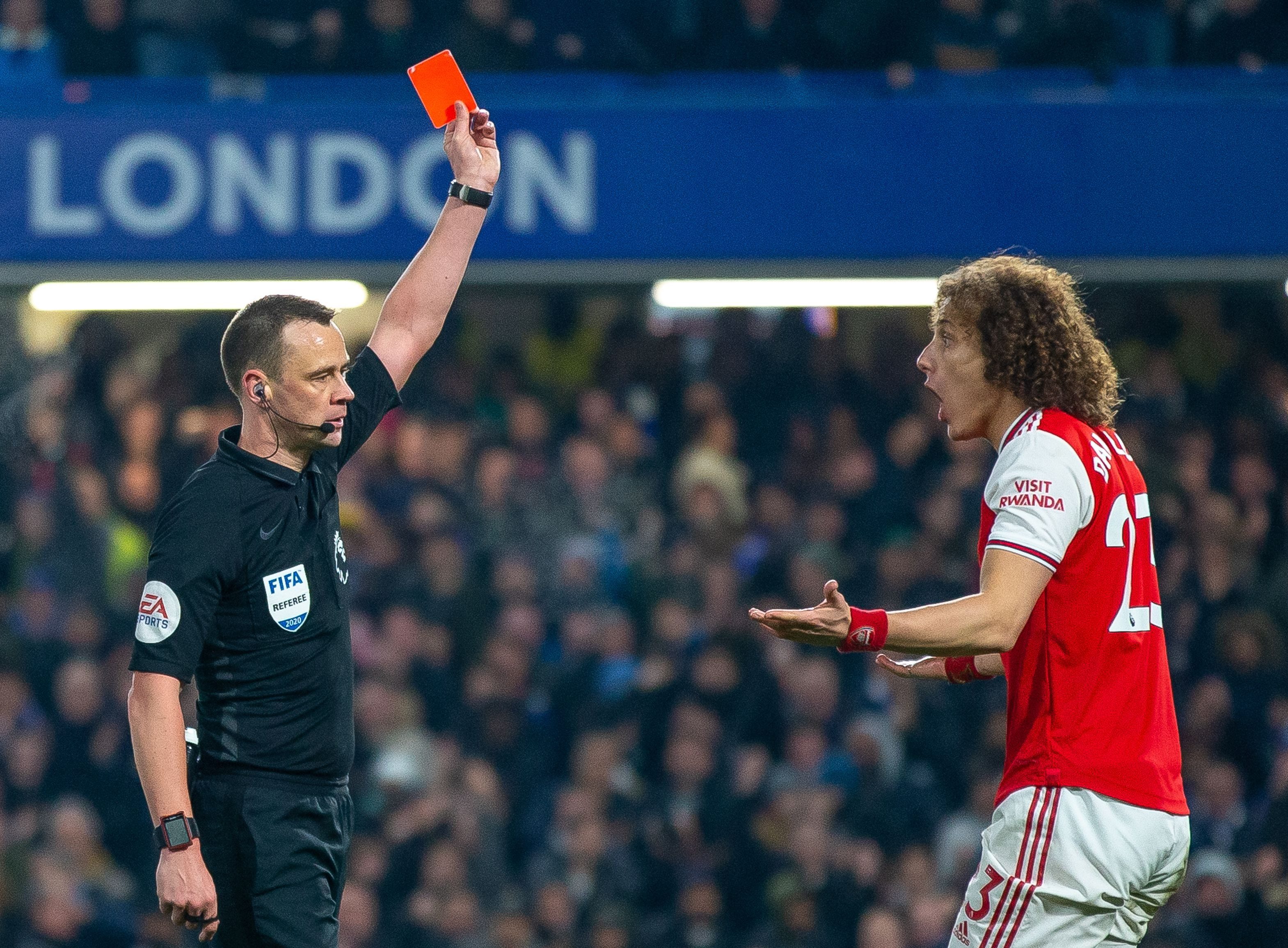 At least that’s the message David Luiz’s red card against Chelsea seems to send. His dismissal was the second of the Arteta era already.

That red card rate even surpasses the early days of Arsene Wenger’s management.

But the aggression is not all that’s changed at Arsenal since Arteta became the long-term successor to Unai Emery in mid-December.

Arteta’s old team-mate, Robin van Persie, told BT Sport: “You can clearly see a different rhythm of the Arsenal side, they play on and off the ball, they seem to work harder.

"So you can already see his hand. But he needs time to really get them going.”

Although Arteta hasn’t had much time yet – six matches so far, against 14 for Emery this season – there has been a marked shift in the way Arsenal play.

A common criticism of Emery was that he had no style of play. But he did. Arsenal under Emery favoured two distinct ways of attacking.

GONNA GET THROUGH THIS 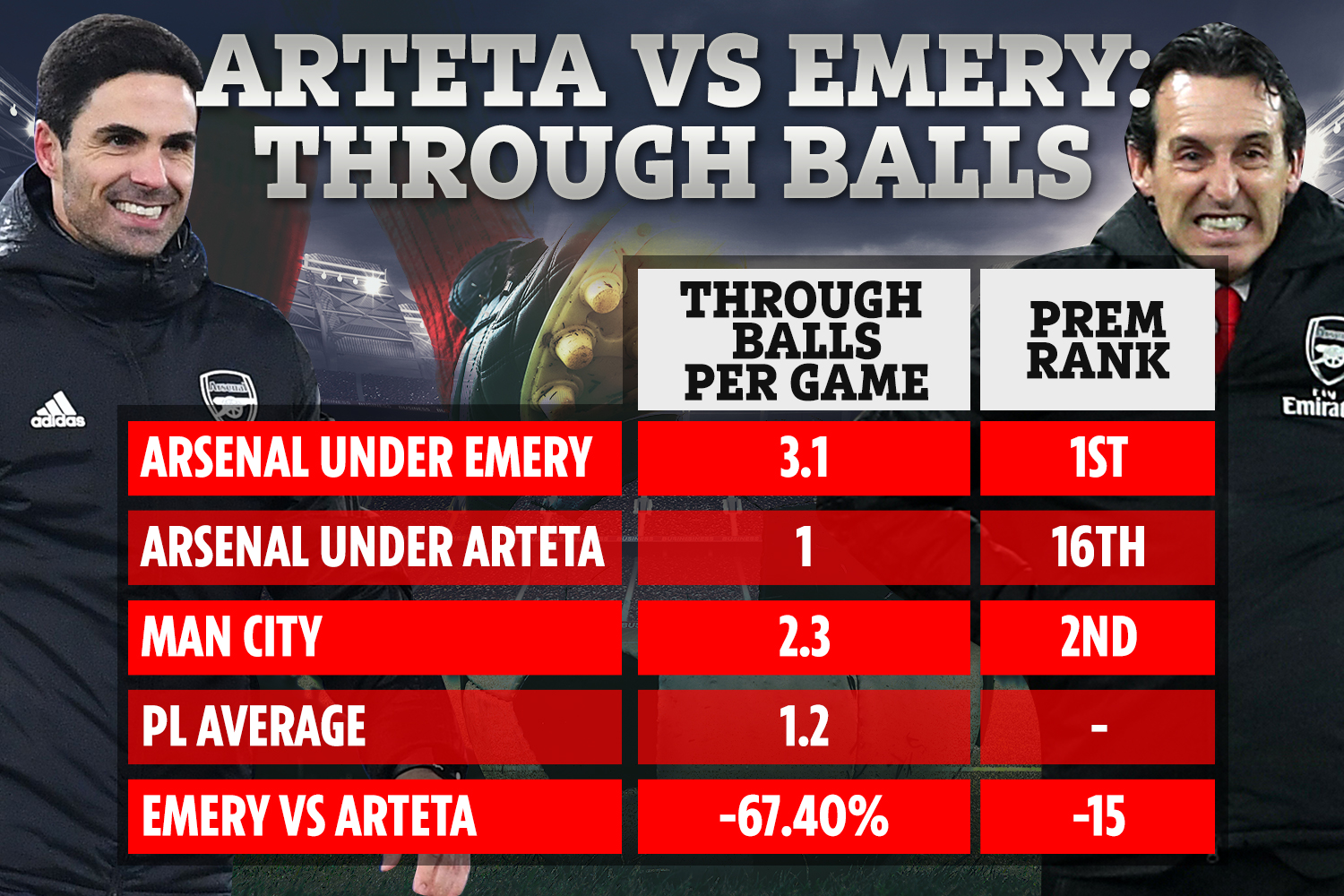 FIRST and foremost, what set Arsenal apart from all the other teams under old management was how often they could pick apart the opposition with through balls.

Under Emery this season, Arsenal threaded the ball through the eye of the needle in opposition defences THREE TIMES as often as the average Premier League team.

But it takes time to play that perfect through ball, and Gooners found all the patient build-up about as enjoyable as watching 90 minutes of needlework.

Even though the other team that favours the through ball the most is Manchester City – home of Arteta’s old mentor Pep Guardiola – the new Arsenal boss has slashed the number played by two-thirds.

It means the Gunners have gone from being the most prolific through-ballers to the fifth least.

END_OF_DOCUMENT_TOKEN_TO_BE_REPLACED

END_OF_DOCUMENT_TOKEN_TO_BE_REPLACED
Recent Posts
We and our partners use cookies on this site to improve our service, perform analytics, personalize advertising, measure advertising performance, and remember website preferences.Ok