Home » Sport » Australian Open invaded by colony of beetles as desperate officials sweep, vacuum and release HAWK to get rid of bugs

Australian Open invaded by colony of beetles as desperate officials sweep, vacuum and release HAWK to get rid of bugs

THE Australian Open was hit by a plague of beetles on Thursday, with officials using brushes, vacuums and even a HAWK to tackle the problem.

Throughout the tournament, ball-boys and ball-girls have been armed with dustpans and brushes to get the grips with the invasion. 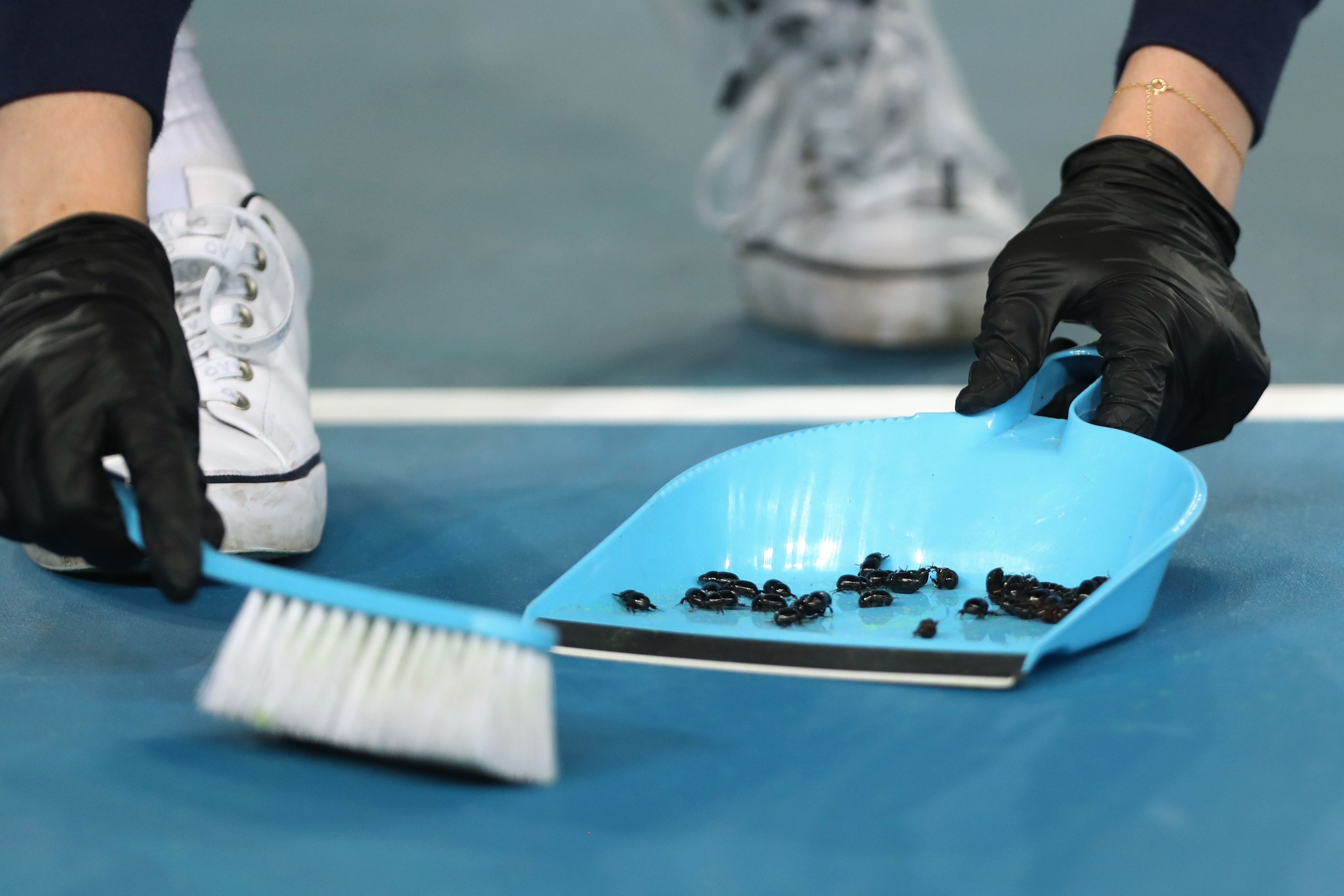 During breaks in play, large vacuums have even been brought onto the court to get rid of the infestation.

And now Aussie Open officials in Melbourne have released a hawk to help their clean-up mission.

Simona Halep was clearly distracted by the invasion too.

The No2 seed Romanian was taking on local favourite Ajla Tomljanovic when the pests hit the court, sparking a mad rush to clear it of bugs.

At one stage Halep was trailing 5-2 in the deciding set, only to fight back to win five games in a row to clinch a 4-6 6-4 7-5 victory to reach the third-round.

The former Wimbledon champion will take on Russian No32 seed Veronika Kudermetova in her next test.

Halep isn't the only player to have her match interrupted by a bug, though.

Italian ace Jan Sinner saw his match with Denis Shapavalov hit by an invasion of pests. 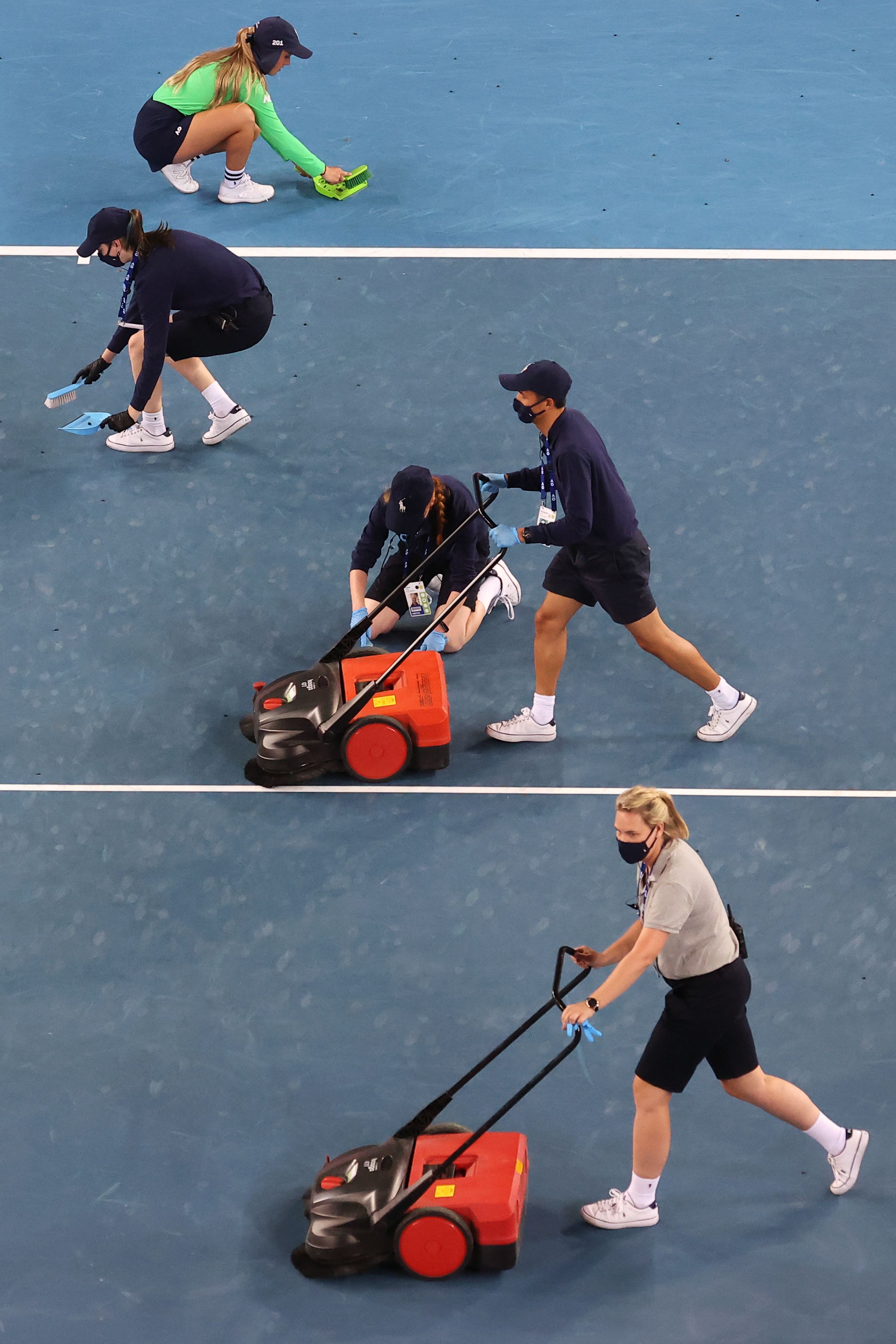 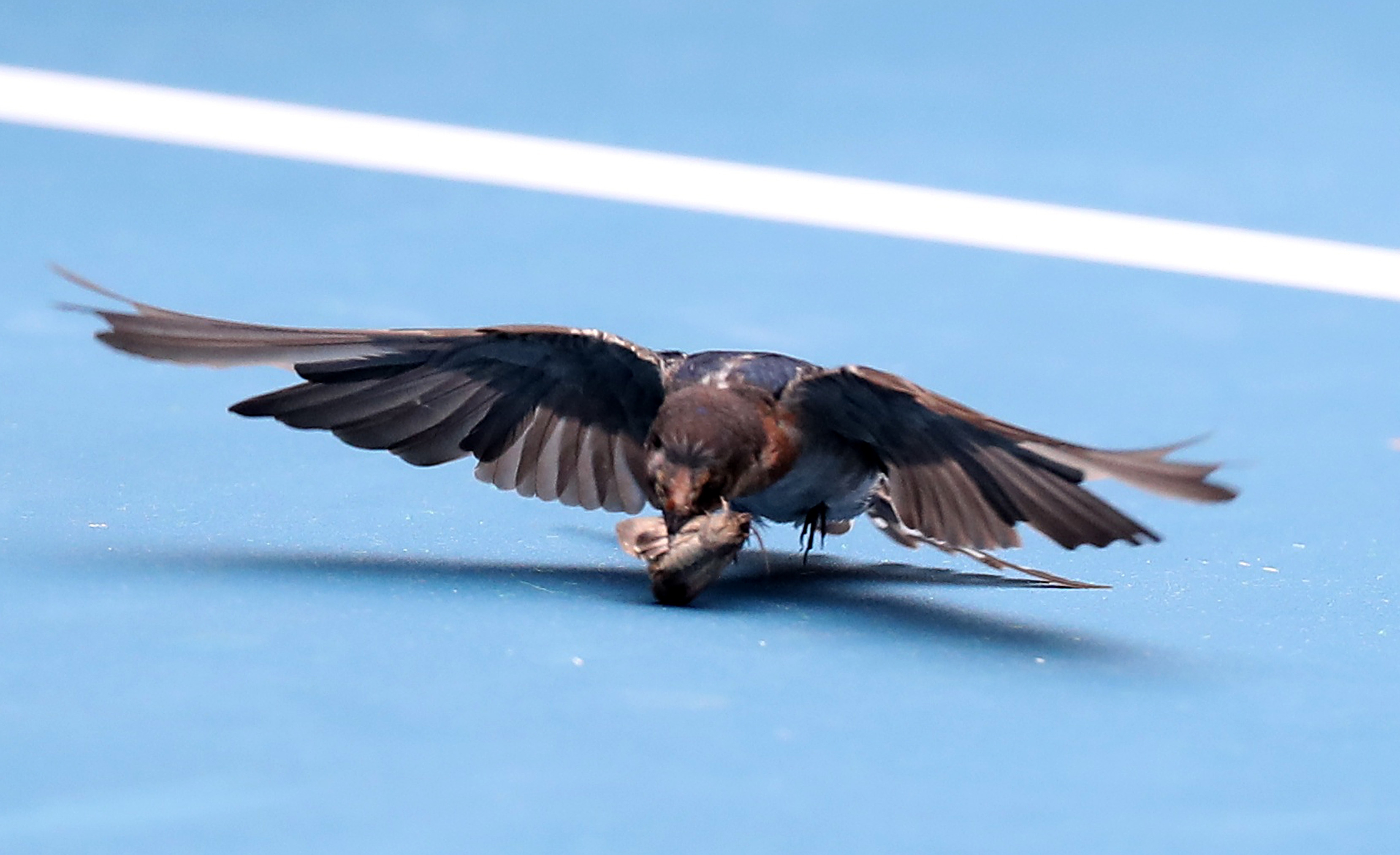 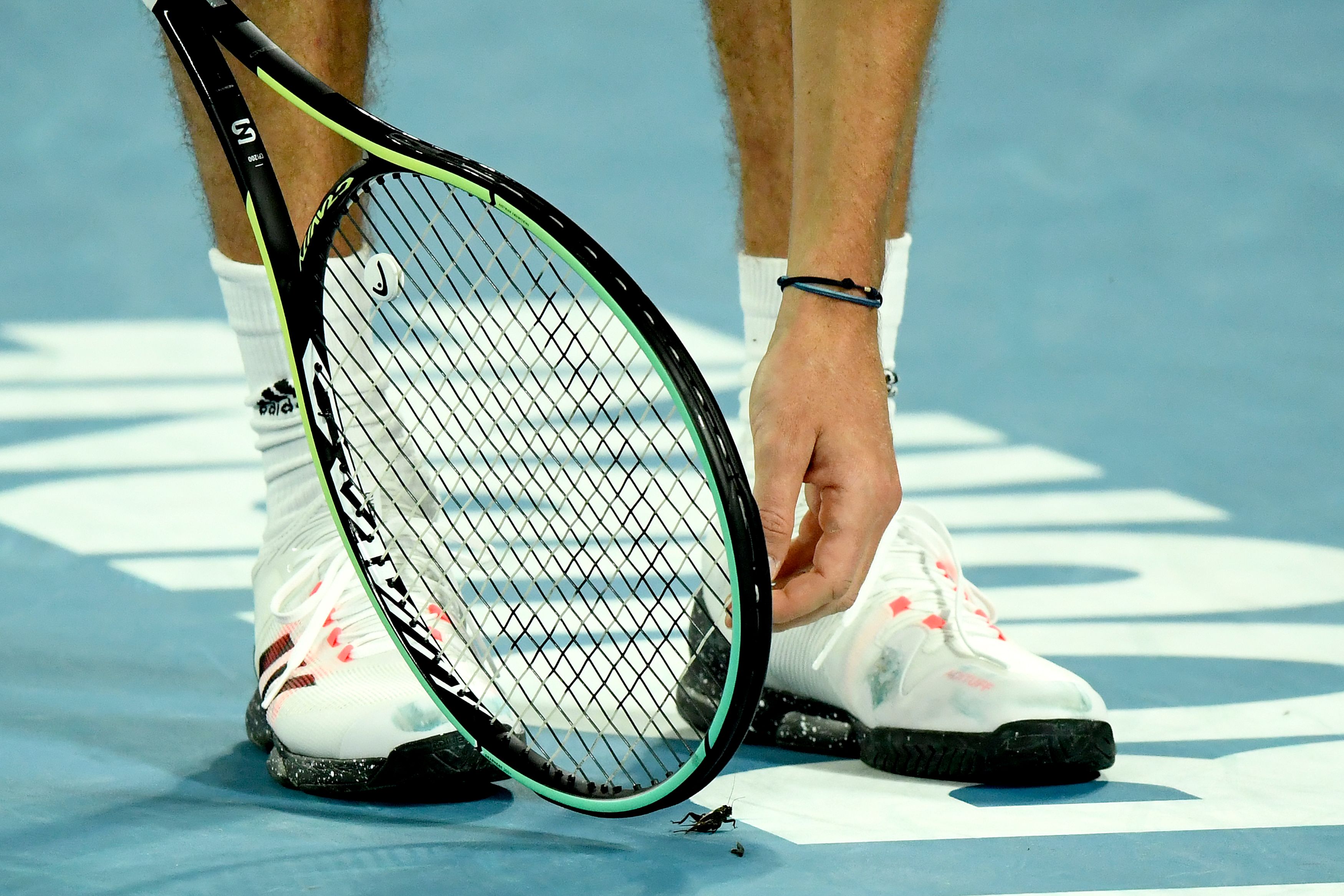 Rather than watch on as they were swept away, Sinner picked one up on his racket and carried it to safety.

Meanwhile, Rafael Nadal was subjected to a foul-mouthed rant from a female fan as he took on Michael Mmoh.

The Spanish legend, 34, was facing the American in their second round clash when the extraordinary incident occurred.

The scenario began with mild amusement as several spectators held up proceedings by chatting loudly. 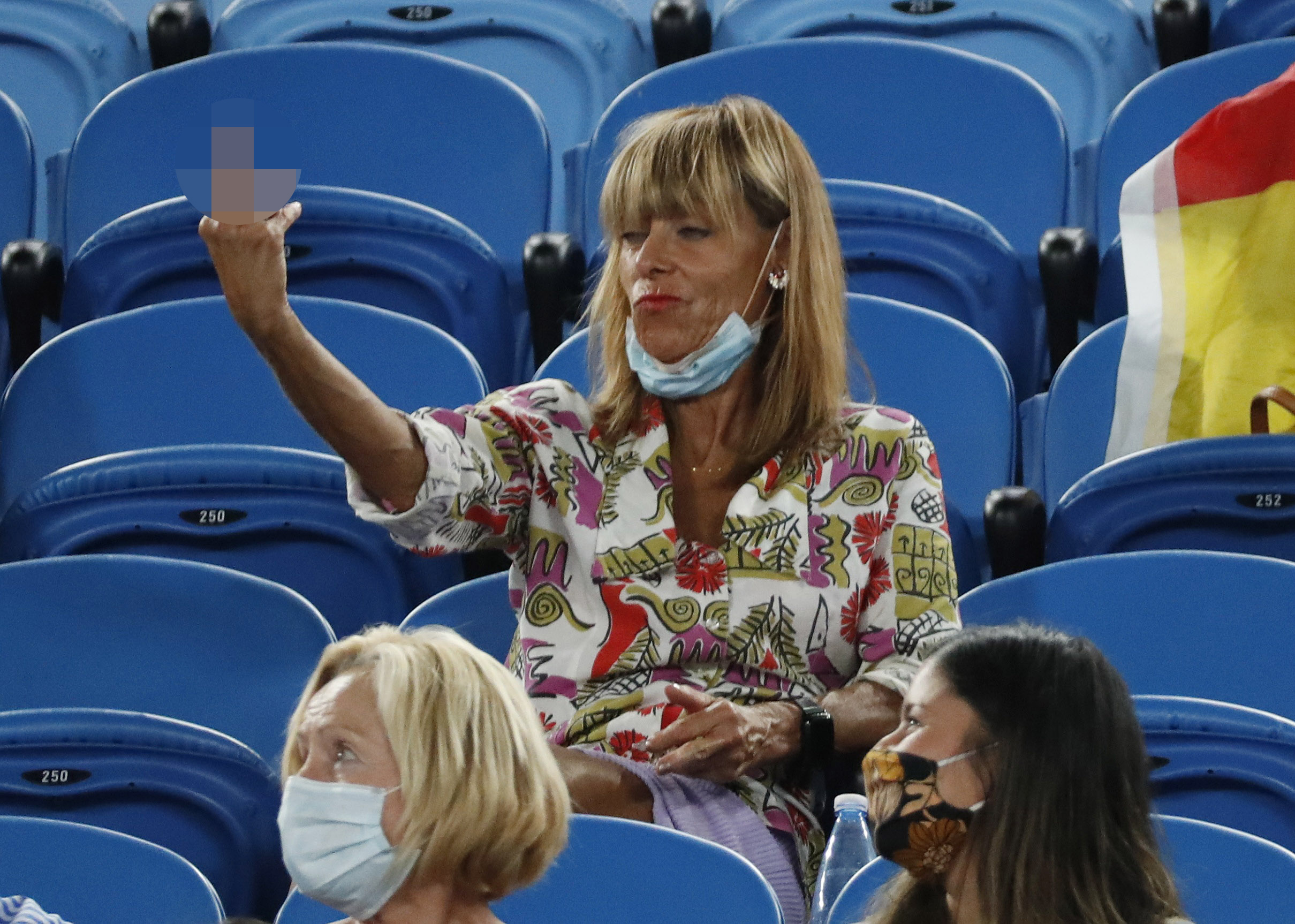 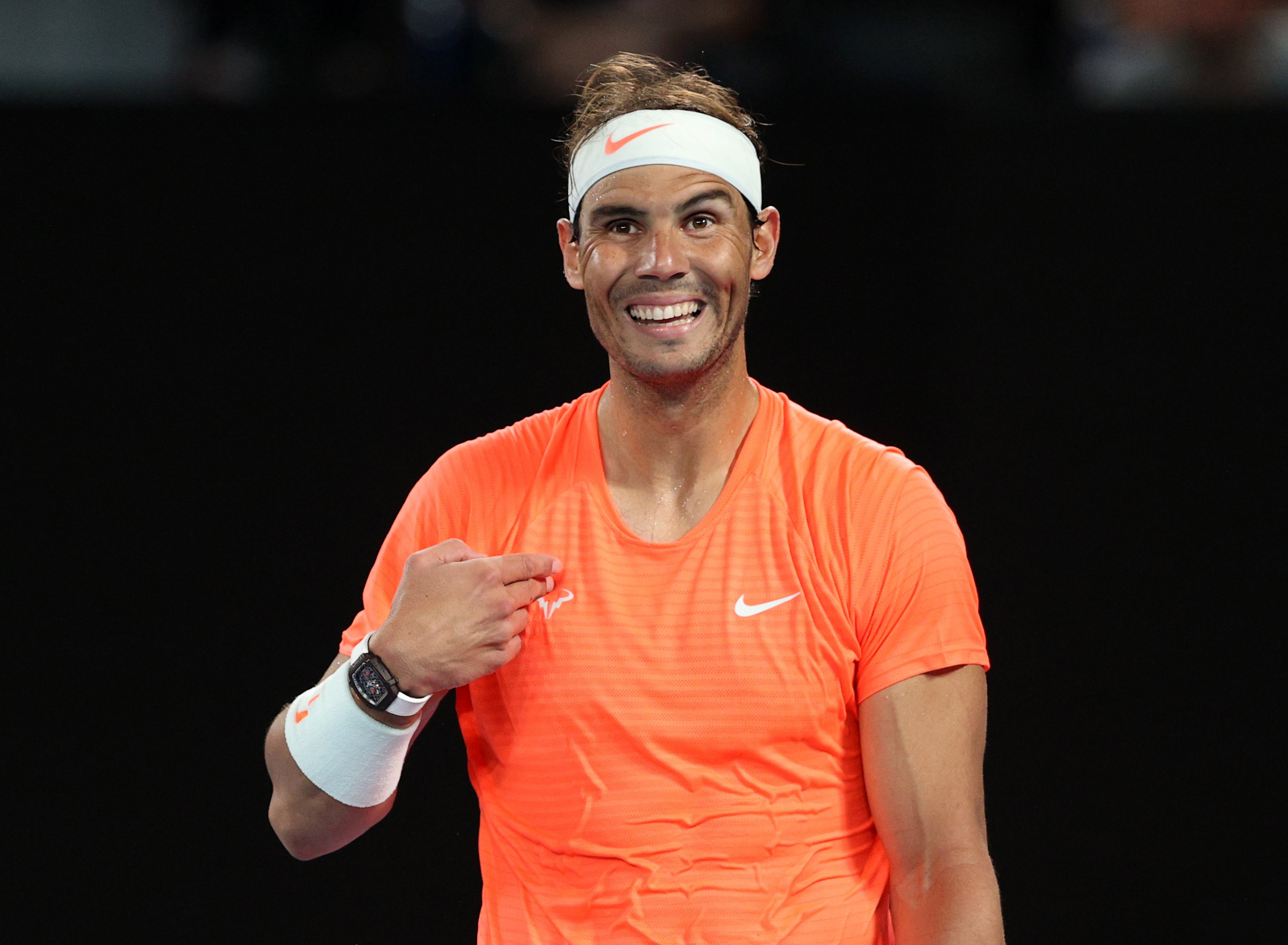 However, one woman appeared to have over-indulged on the beers as she yelled 'Hurry up, you OCD f***' while Nadal was preparing to serve.

Fortunately for Nadal the drama did not detract from his focus on the match as he delivered a booming ace.

She then proceeded to give the icon the middle finger, prompting security to race over to escort her out.

Nadal would still go on to win the match despite the bizarre interruption.