THE BELGIAN GRAND PRIX was stopped after two laps as severe rain dampened proceedings at Spa-Francorchamps.

Max Verstappen was awarded the win ahead of Brit George Russell, who claims his first F1 podium in the unfancied Williams motor. 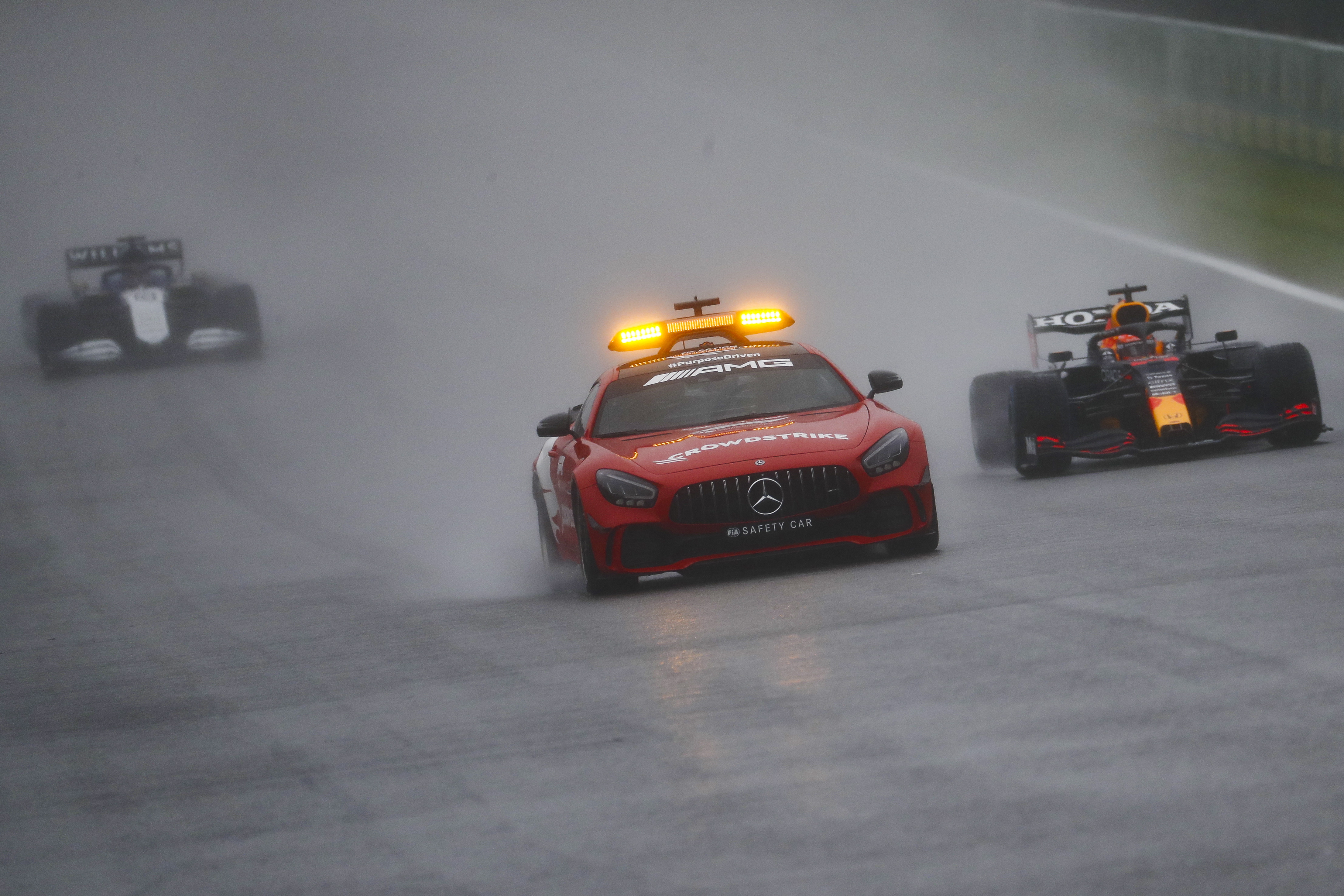 The race was scheduled to begin at 2pm – UK time – on Sunday afternoon but couldn't start as torrential rain hampered visibility.

Two laps, ran behind the safety car, took place just after 5pm as the drivers tried to race on the sodden Belgian track.

Those laps were enough to confirm a result, with drivers awarded half-points.

Verstappen claimed the win thanks to his pole and Russell, after his remarkable qualifying effort, finished second.

Title candidate Lewis Hamilton came third in the Mercedes to ensure he maintains a three-point lead at the top of the Drivers' Championship.

Speaking after the race, Russell said: "We don't often get rewarded for a great qualifying but today we absolutely did.

"I want to say sorry to the fans, it's a shame we didn't get the race under way but from our side of things for me and the team, its an amazing result.

"There's been so much hard work gone into this over the past few years and here we are on the podium, I didn't expect that this year at all."

Verstappen added: "It's a win but not how you want to win.

"Credit to the fans to stay here all day. In the cold and rain. They are the bigger winners today.

"We have to keep on pushing, keep trying. We have a few more races, we have a good car and we will keep trying."