GRANIT XHAKA provided Arsenal's latest howler as he gifted Burnley a goal by smashing the ball against Chris Wood.

The Gunners were leading thanks to an opener from skipper Pierre-Emerick Aubameyang just six minutes in. 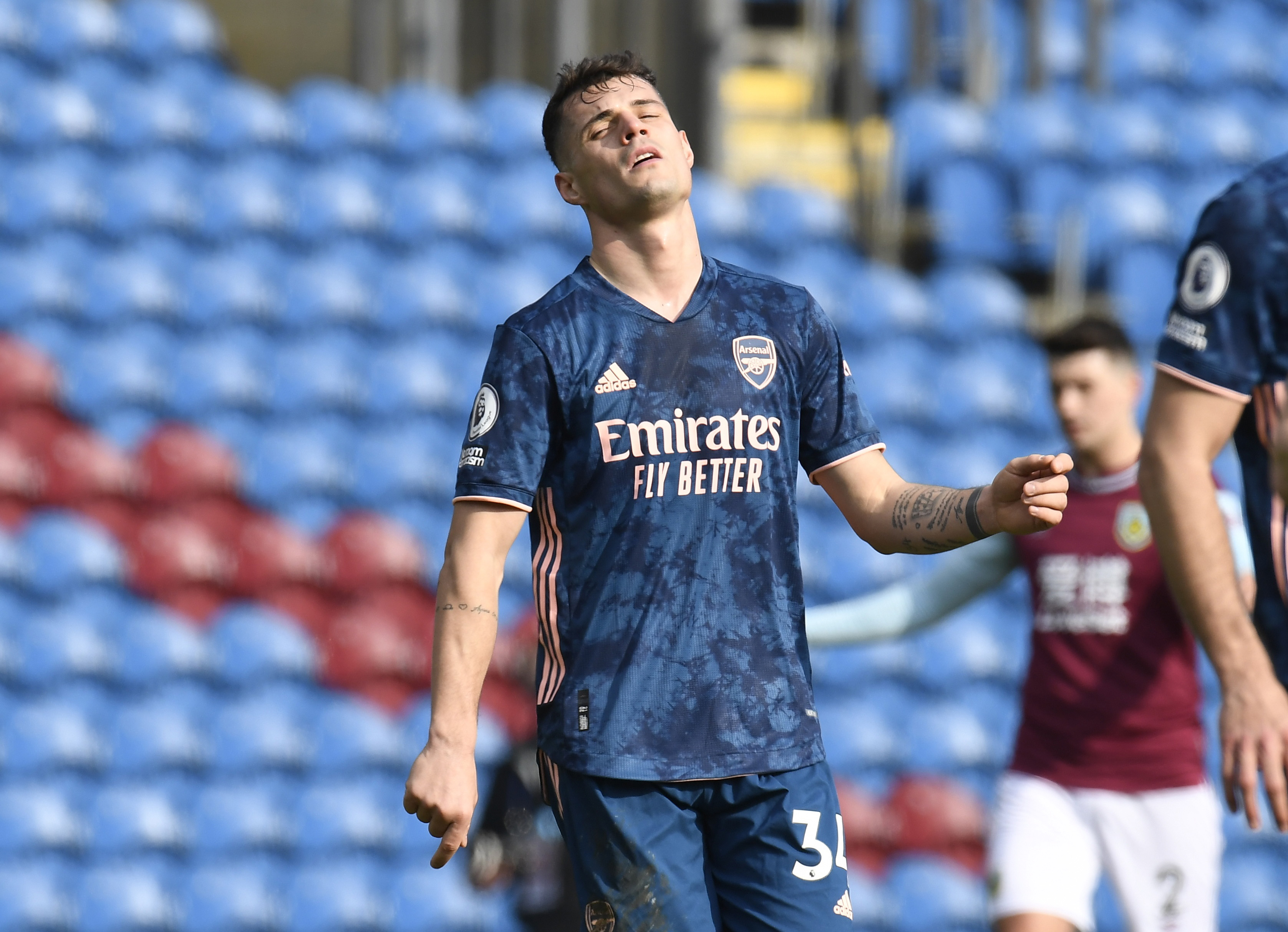 And Arsenal's backline and keeper Bernd Leno had barely been tested before Xhaka's shock gaffe.

Leno passed to the Swiss international in his own box, and the ex-captain attempted to play it across goal to David Luiz.

But Xhaka hammered it right at Wood, with the ball deflecting off the striker and into the net.

Fans were left in disbelief following the horror show as stopper Leno also came under fire.

One said: "Why would the keeper pass to a player in his own box who had a player marking him crazy decision.

"It’s amazing that basic safety is being completely ignored nowadays."

Another said: "Leno should have cleared it instead of the stupid tippy tappy passing. He is the one that can see up the pitch, not Xhaka."

But standing up for Leno, one argued: "Why should Leno not give the ball to Xhaka here?

"Xhaka should take it on his right and pass to Mari as he moves into the space or pass first time to Luiz.

"You can't ask your team to play out and then criticise the keeper because his team mate doesn't do the basics here."

Xhaka, 28, has become a regular under manager Mikel Arteta, since the Spaniard returned to the Emirates in December 2019.

He has also picked up a run of form of late, but the blunder at Turf Moor will be a reminder to fans of his mistake-prone habits.

Since the start of the 2016-17 season, Xhaka has made more errors leading to goals with eight, than any other outfield player in the Premier League.