ITALY defender Leonardo Bonucci has trolled England again, this time taking to Instagram to pose with a bowl of pasta alongside his pal and centre-back partner Giorgio Chiellini.

The 34-year-old Juventus star played a key role for Italy in the Euro 2020 final win against England at Wembley, scoring the equaliser in the 67th minute to cancel out Luke Shaw's early opener. 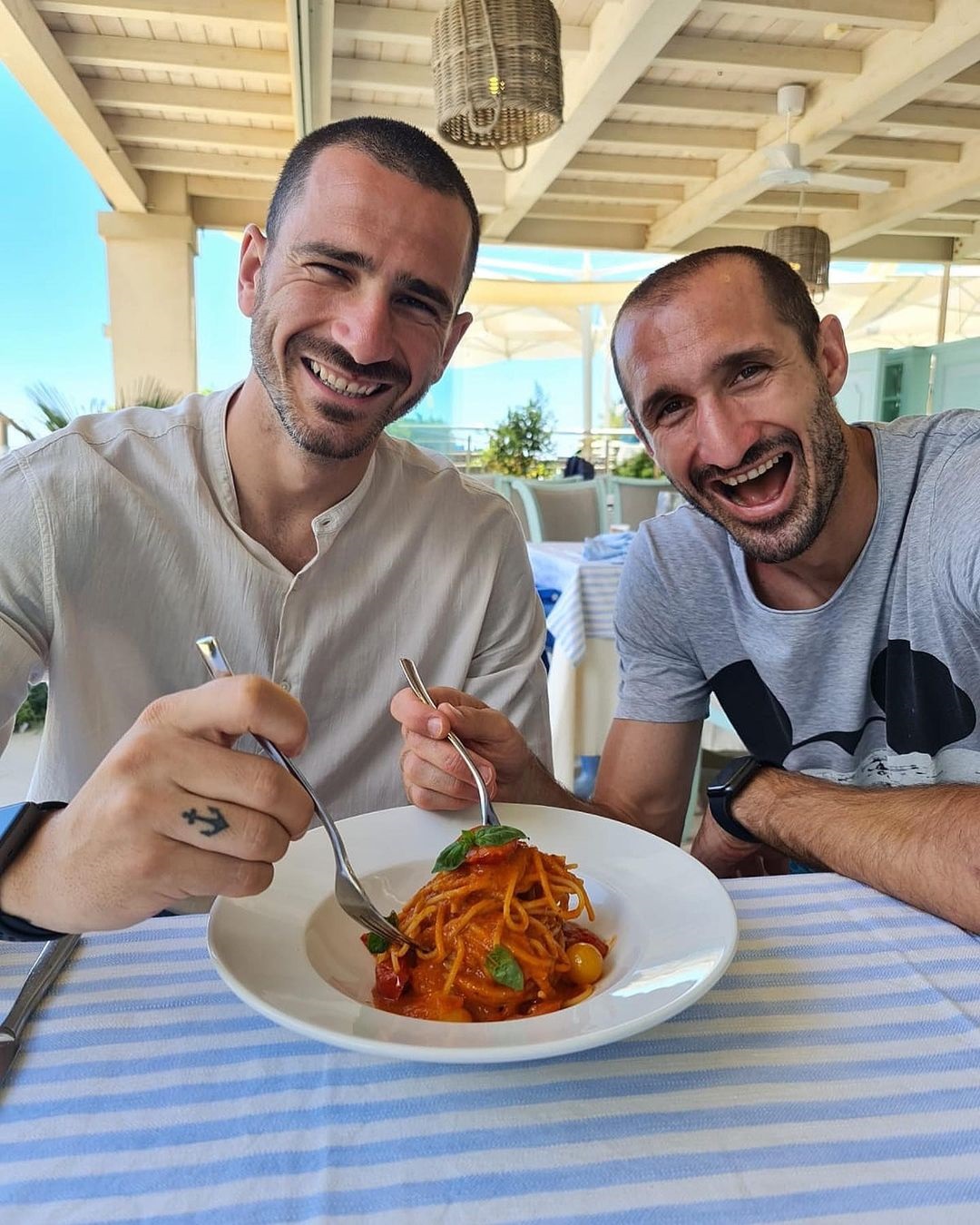 And the stellar centre-back stepped up in the nail-biting penalty shootout and picked out the top-left corner.

Bonucci – in the manic celebrations in the aftermath of the penalty shootout – grabbed the camera and declared 'it's coming to Rome', digging at at England’s adopted anthem Three Lions (Football’s Coming Home).

And in his post-match press conference, Bonucci guzzled down a bottle of beer and Coca Cola and fired another shot back at English fans for mocking Italian cuisine.

Bonucci said: “You all still have to eat a lot of pasta!”

And now, Bonucci has posed alongside Chiellini with a bowl of pasta as the pair enjoy the sun after their historic victory.

Jetting away with his pal Chiellini and eating pasta isn't the only thing on Bonucci's agenda for the rest of the summer.

Bonucci will also attempt to convince his Juventus and Italy captain not to hang up the boots at international level and lead Italy into the 2022 Qatar World Cup.

Chiellini is set to sign a new one-year deal at Juventus which would only keep him at the club until the summer of 2022, and it is unclear whether he will shelve any retirement plans to lead the Azzurri into Qatar.