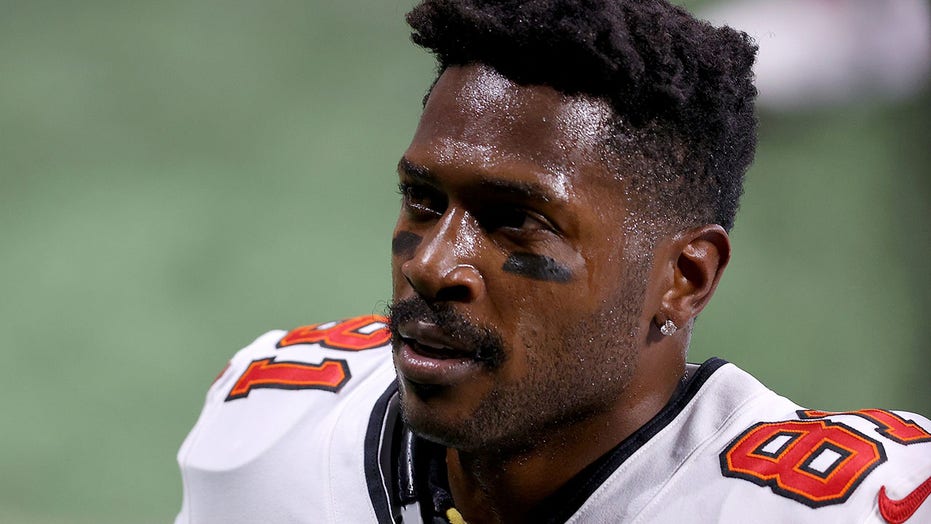 Antonio Brown could possibly be in hot water once again.

The Tampa Bay Buccaneers wide receiver was accused by his former live-in chef of acquiring a fake COVID-19 vaccination card so that he could avoid NFL protocols, the Tampa Bay Times reported on Thursday. 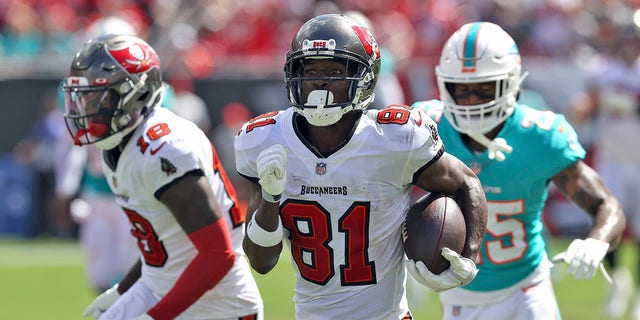 Tampa Bay Buccaneers wide receiver Antonio Brown (81) heads for the endzone to score on a 62-yard touchdown reception during the first half of an NFL football game against the Miami Dolphins Sunday, Oct. 10, 2021, in Tampa, Fla.
(AP Photo/Mark LoMoglio) 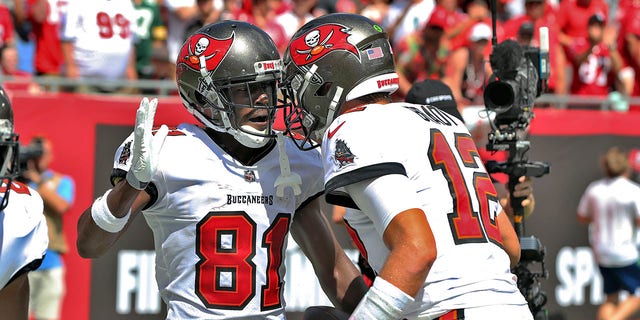 Back in July, Ruiz said that he wasn’t able to get a fake card for Brown. A few weeks later. Ruiz said that Brown showed up with fake vaccination cards that he bought for himself and Moreau. According to the chef, the cards were on Brown’s dining room table just days before the team’s training camp was set to begin.

That night, Alex Guerrero — a personal trainer and co-founder of the TB12 method with quarterback Tom Brady — went over to Brown’s house to help him recover from knee surgery. Ruiz said that Guerrero took a picture of Brown’s vaccination card so he could help the organization document the list of vaccinated players. Ruiz, however, said that he thinks Guerrero was unaware that the card was fake.

Brown’s vaccination status will certainly be called into question. 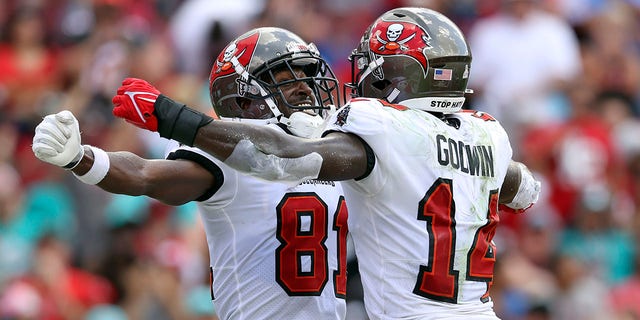 The Buccaneers released a statement shortly after the story came out.

“After an extensive educational process conducted throughout our organization this past offseason highlighting the benefits of the COVID-19 vaccines, we received completed vaccination cards from all Tampa Bay Buccaneers players and submitted the required information to the NFL through the established process in accordance with league policy,” the team said.

“All vaccination cards were reviewed by Buccaneers personnel and no irregularities were observed.”

Brown suffered a foot injury during a Thursday Night Football game against the Philadelphia Eagles on Oct. 14 and hasn’t played since. It’s uncertain if Brown will play on Monday night against the New York Giants.