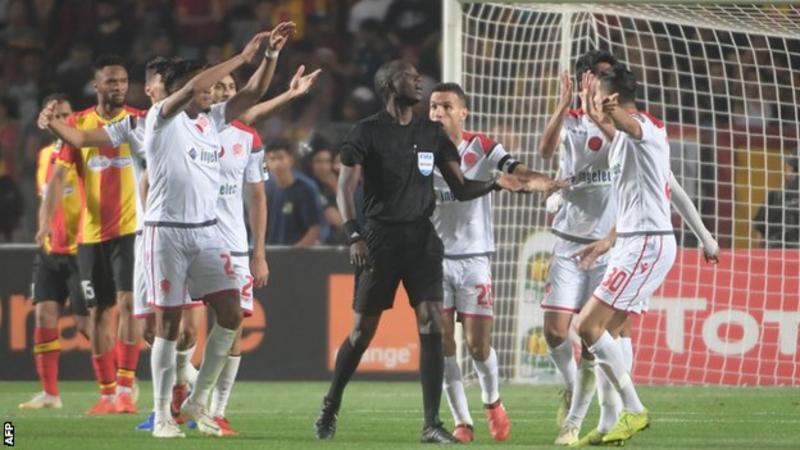 The African Champions League final was abandoned due to a row over the Video Assisted Referee (VAR) system.

Play was halted for over an hour after Wydad Casablanca refused to play when VAR was unavailable to judge a disallowed equaliser.

VAR had been set up on the side of the pitch, but the players had not been told it was not working, although officials were aware.

The referee then awarded the victory to three-time former champions Esperance.

The Tunisian side were leading 1-0 (2-1 on aggregate) in Saturday’s final, which was played over two legs. VAR had been used in last week’s first leg.

But in the second leg, Ismail El Haddad’s header for Wydad was disallowed for an infringement.

Wydad players protested to the Gambian referee, demanding VAR be used, and Confederation of African Football (Caf) president Ahmad Ahmad spent almost 30 minutes in discussions with officials in a bid to get the game restarted.

The 60,000 spectators inside the stadium waited for an update for 95 minutes, before the referee awarded the victory to the home team, who retained the title.

In a statement, Caf confirmed it will hold a meeting of their executive committee on Tuesday to discuss the incident.

It is the first time in the 55-year history of the elite African club competition that a match in the home-and-away final series has not been completed.

Esperance were unbeaten all season, equalling the achievement of the 1994 squad, becoming the first club to win the competition twice without losing a match.

Wydad could now face a two-year ban from competing in continental club competition. 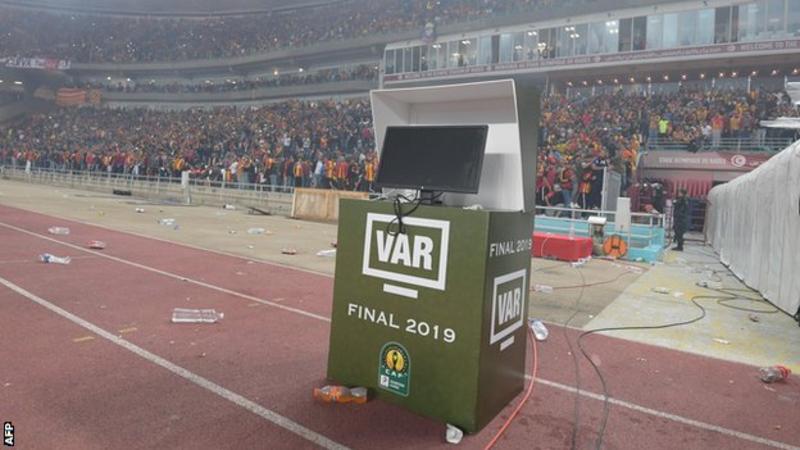 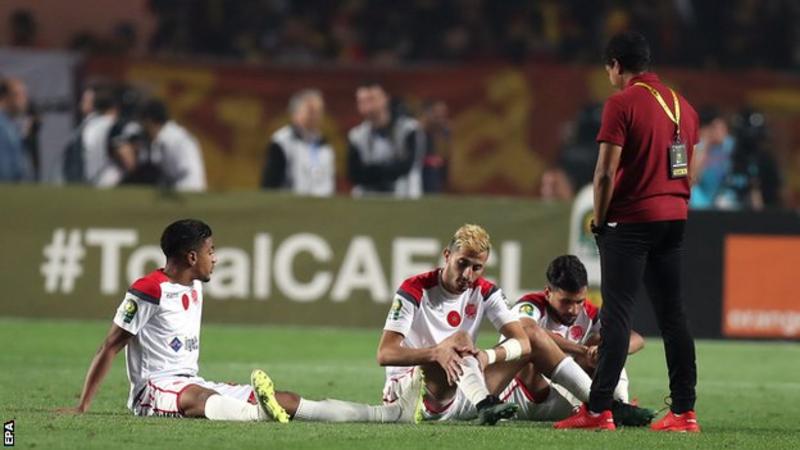 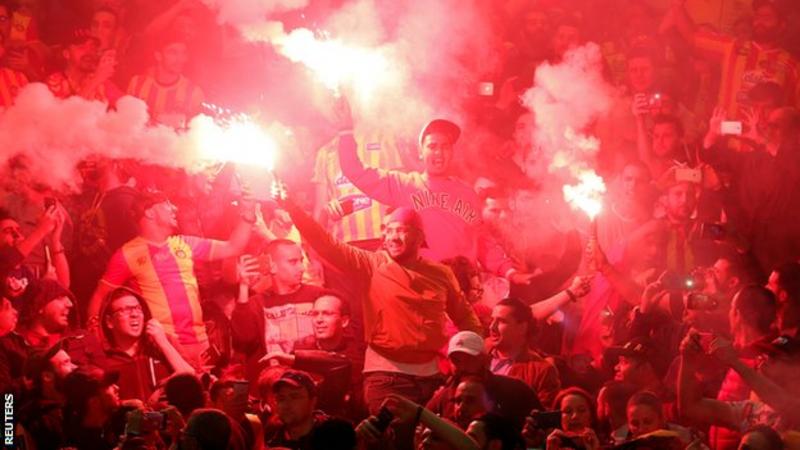 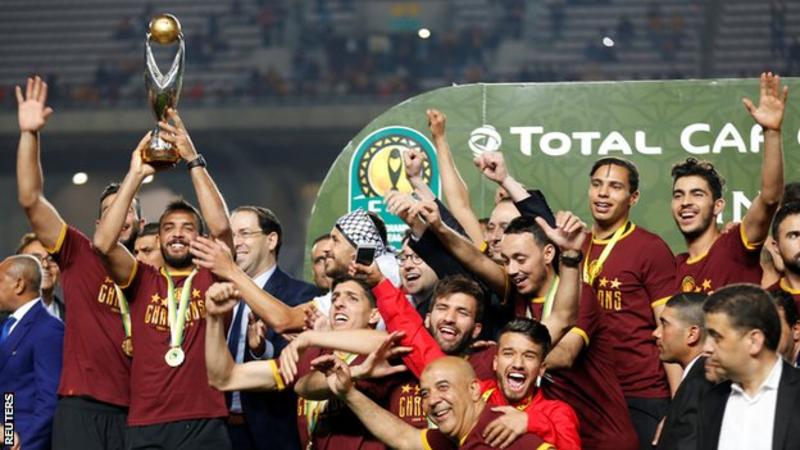