FRANK LAMPARD has named Cristiano Ronaldo and Lionel Messi in his dream seven-a-side team compiled of opponents he faced during his playing days.

The Chelsea boss has also opted to name two of his former England team-mates in Rio Ferdinand and Steven Gerrard. 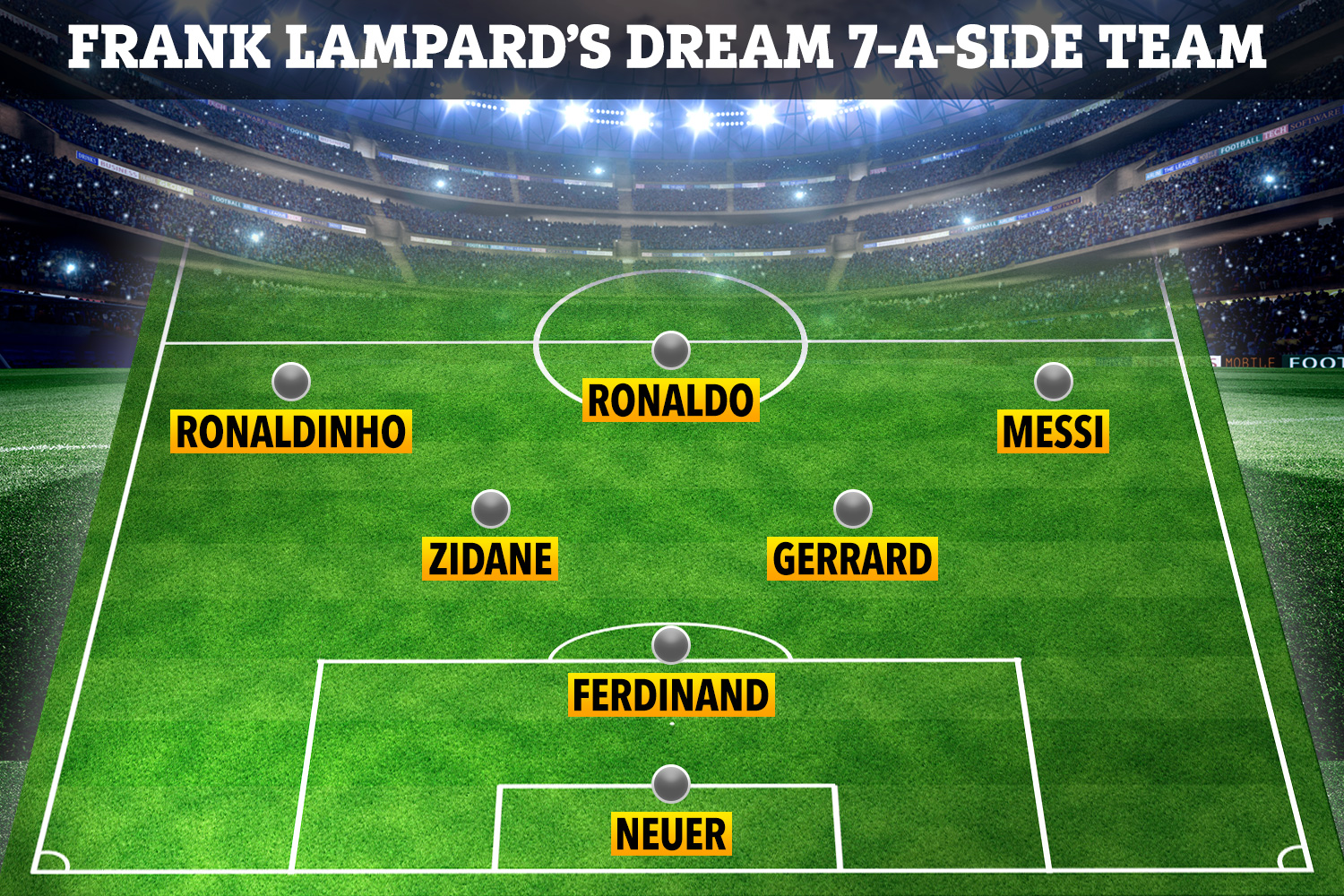 Unsurprisingly, the 42-year-old has went for an attacking side with just one defender and two midfielders.

Speaking at a virtual Q&A hosted by Hyundai, the former West Ham midfielder was asked a number of questions by kids.

And when asked to create a seven-a-side team out of the best players he has competed against, Lampard went all-out attack.

To which the young inquisitor remarked: "Yeah, that is a sick team to be fair."

His squad included 13 Ballon d'Or winners, with Messi and Ronaldo sharing 11 awards between them, while Zidane and Ronaldinho have each won the prestigious trophy once.

The Bayern Munich goalkeeper was the man between the sticks when Lampard helped Chelsea beat the Bavarian outfit in the 2012 Champions League final.

And he was also in goal when Lampard's looping attempt in the 2010 World Cup Round of 16 clash failed to be given despite the ball being well over the line.

Lampard came through the ranks at West Ham with the defender as well as being in the same England team for 12 years.

And he enjoyed a number of battles when Ferdinand was at Manchester United – with the Red Devils beating the Blues in the 2008 European Cup final.

Lampard and Gerrard spent 14 years playing in the middle of the park together for England.

But just like with Rio at United, Lampard's Blues side had a fierce rivalry with Liverpool, with Chelsea beating the Reds in the League Cup final in 2005.

Few forget THAT Ronaldinho goal at Stamford Bridge in 2005 when he beat Petr Cech from range with the outside of his right boot.

But it was Lampard who had the last laugh as Chelsea beat Barcelona 5-4 on aggregate to advance to the quarter-finals.

Both Lampard and Ronaldo scored in the 2008 Champions League final, where United beat Chelsea on penalties.

Ronaldo missed his spot-kick in the shootout, while Lampard found the back of the net.

Chelsea and Barca have had a number of classic matches over the years.

In ten games against the West Londoners, Messi has chipped in with three goals and three assists.

But perhaps his biggest moment against the Blues was his penalty miss in the 2012 semi-final that proved key in Chelsea advancing to the final.

END_OF_DOCUMENT_TOKEN_TO_BE_REPLACED

END_OF_DOCUMENT_TOKEN_TO_BE_REPLACED
Recent Posts
We and our partners use cookies on this site to improve our service, perform analytics, personalize advertising, measure advertising performance, and remember website preferences.Ok