ERLING HAALAND kicked off his pre-season training with Borussia Dortmund on Wednesday amid talk of Chelsea launching a mega transfer bid for the striker.

The German side welcomed the Norwegian back after joking that he was on his way to England when sitting out an earlier fitness test. 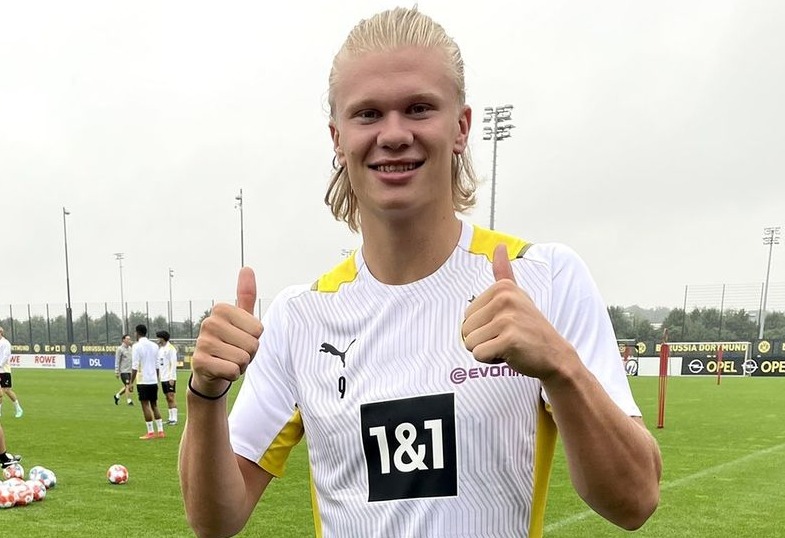 A video of his dribbling and control session was posted online before Haaland shared a thumbs-up photo to his Instagram.

He captioned the shot: "Day one✔️ Ready for the journey 💪🏻."

The 20-year-old is reportedly strongly fancied by Premier League side Chelsea for a summer move.

Borussia are intent on keeping Haaland, having already given Jadon Sancho the green light to join Manchester United.

A price tag of £150million has been slapped on the Norway forward ahead of his release clause, thought to be set at £65m, becoming active next summer.

COMPETITION: WIN ONE OF FOUR SUPERCARS OR A DREAM CAR AND £100k IN CASH

Tammy Abraham, Hakim Ziyech and Callum Hudson-Odoi are all said to be up for sale as the Blues build funds to meet Dortmund's valuation.

The young star is reported to have recently turned down the opportunity to commit his future to the Bundesliga giants.

Earlier this month, it was claimed that talks were underway with Haaland's camp while some have even said that personal terms negotiations are complete.

A mega money move for West Ham's Declan Rice could also be on the cards at Stamford Bridge.