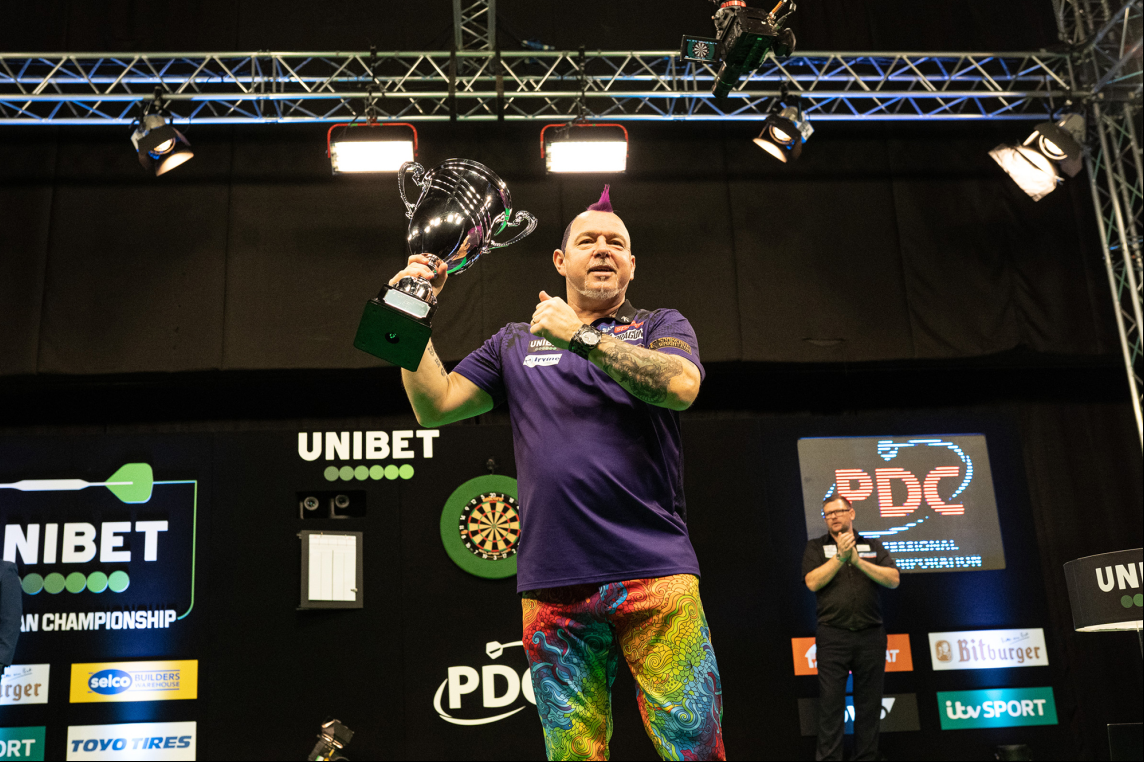 Peter Wright is eyeing up a quick return to form as he defends his title at the European Championship this weekend, while the form player on the planet is ‘absolutely gutted’ to be missing the event.

The European Championship gets underway in Salzburg on Thursday evening, just a few days after the memorable World Grand Prix came to a close in Leicester.

Wright’s Grand Prix ended in the first round when he suffered a shock defeat to Rob Cross, but he is pleased to be climbing straight back on the horse in Austria as he looks to win a second successive European title.

‘Obviously it was disappointing to lose in the first round last week,’ Wright said. ‘But fair play to Rob, he played great to beat me.

‘But that’s gone now and I’m glad we have a short turnaround to the European Championship.

‘Last year this tournament was great for me personally, I averaged well over 100 in all of my games so it will go down as one of my best tournament performances.

‘It would be great if I could retain my title, but I know I’ve got a tough first round draw against Florian [Hempel], who will be looking to show what he can do on the big stage.’

Jonny Clayton enjoyed an entirely contrasting Grand Prix to Wright, lifting the trophy on Saturday night after a stunning 5-1 win over Gerwyn Price.

The Ferret, though, will not be in Austria this week after failing to qualify for the European Championship due to the unusual qualifying criteria this year.

Clayton admits he had a chance and failed to make it, losing his first game at both the Hungarian Darts Trophy and Gibraltar Darts Trophy, but is gutted not to be playing this week nevertheless.

‘I’m absolutely gutted,’ Clayton told The Darts Show podcast. ‘You have to take your chances and we we’re all in the same boat, it was all down to two tournaments and I couldn’t do the job.

‘I’m gutted, to be honest, maybe it will be nice to have the weekend off but I’d much prefer to be on that European finals night, so I’m gutted.’

Vincent van der Voort also missed out on qualification for the European Championship this week, describing the qualifying criteria as an ‘absolute disgrace’ when speaking at the Grand Prix.

‘The European Championship is an absolute disgrace the way it is,’ the Dutchman told Live Darts.

‘You’re not able to play, but before I say something bad about the PDC again, I’ll leave it there.

‘The Pro Tours could have been involved [in qualifying]. You could have made it a lot more fair.’

For more stories like this, check our sport page.