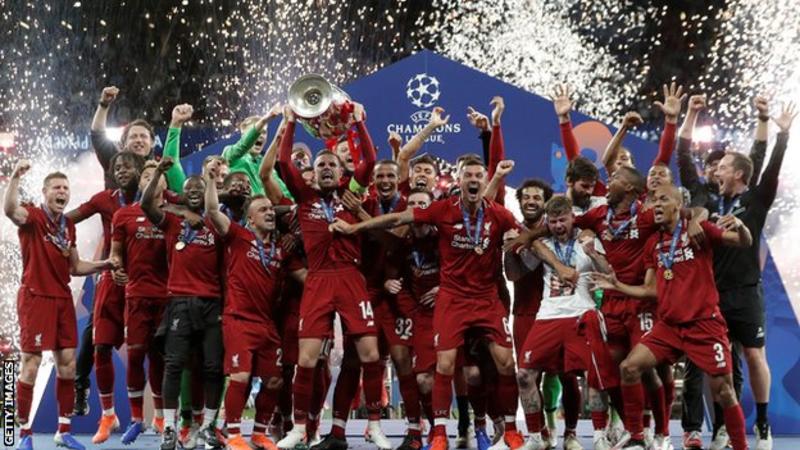 Liverpool will travel to Qatar in December to compete at Fifa’s Club World Cup after the Gulf state was named as the new host.

The annual tournament, featuring the champions of six continents, will take place in the winter with Champions League winners Liverpool entering at the semi-final stage.

It had previously been reported that the Club World Cup would not take place this year after Fifa approved changes for the tournament.

One of those changes was to replace it with a 24-team tournament which would take place every four years instead of the Confederations Cup.

Liverpool’s last appearance in the Club World Cup came in Japan after their Champions League triumph in 2005. They lost 1-0 to South American champions Sao Paulo in in the final.

Real Madrid won last year’s Club World Cup, beating the United Arab Emirates’ Al Ain 4-1 in the final in December for their third title in as many years.

Earlier on Monday, the organising committee of the Qatar 2022 World Cup released its latest workers report, in which it said it was “extremely proud of the progress made over the past year”.

However, it also gave details of the work-related death of one employee, which resulted in the “removal” of “several key staff including senior health and safety managers”.

It also reported the non-work-related deaths of 10 workers, including one who was struck by a car.

Hassan Al-Thawadi, the secretary-general of the Supreme Committee for Delivery and Legacy, told the BBC that “every death is a tragedy”.

“In relation to workers’ welfare, while progress has been made in the state of Qatar, there’s still a lot more to be done,” he said.

“Within the Supreme Committee, we’re working very hard with NGOs, medical institutions, and with universities to do everything we can to address these issues.

“In relation to death, no matter what we say, it’s never going to be enough. But we are doing everything that we can, and working towards ensuring that whatever solutions we put in place also aren’t just solutions that address the spotlight, they’re solutions that remain beyond 2022.”

In February, Amnesty International said there could be as many as 4,000 deaths before the 2022 World Cup begins.

According to a report by the International Trades Union Confederation, more than 1,200 workers have already died since 2010.

Stephen Cockburn, deputy director of global issues at Amnesty International, said at the time: “Time is running out if the Qatari authorities want to deliver a legacy we can all cheer – namely a labour system that ends the abuse and misery inflicted upon so many migrant workers every day.

“The Qatari authorities have been taking some important steps to protect labour rights, but much more needs to be done. Holes in the reforms to date mean many workers are still stuck in harsh conditions, vulnerable to exploitation and abuse, while those who return home do so empty handed, with no compensation and no justice.”