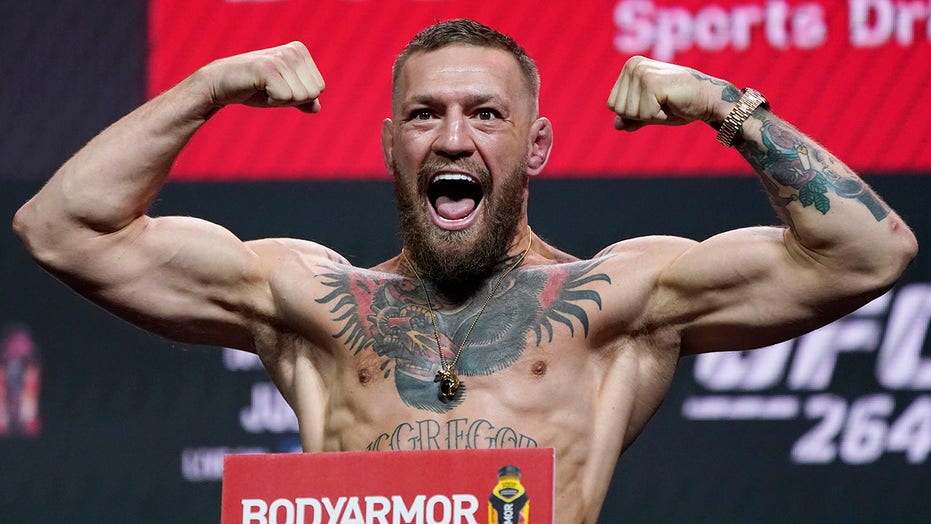 Conor McGregor was still going after Dustin Poirier even while in a hospital bed.

McGregor gave fans an update on his leg on Sunday night after he suffered a gruesome injury at UFC 264 in a fight against Poirier. McGregor lost the fight via a doctor-stoppage technical knockout but said in a video that Poirier shouldn’t be celebrating the victory.

“It was a hell of a first round, it would have been nice to get into that second round and then to see what’s what, but it is what it is, that’s the nature of the business. It was a clean break of the tibia and it was not to be,” McGregor said.

“Dustin, you can celebrate that illegitimate win all you want, but you’ve done nothing in there. That second round would’ve shown all. Onwards and upwards we go, team. We dust ourselves off, we build ourselves back and we come back better than ever.”

The fight was supposed to end the rivalry between the two, but the first-round stoppage didn’t exactly close the door on the war between McGregor and Poirier.

“The fight didn’t get finished,” White said, via MMA Junkie. “You can’t have a fight finish that way. We’ll see how this whole thing plays out. Who knows how long Conor’s out, so Poirier will do his thing until Conor’s ready.”

McGregor’s timeline is unclear and White refused to set a hard deadline on a fourth fight.

“You can’t do the hypotheticals in this sport,” the UFC president said. “It’s all about timing, what’s going on, what’s happened since then. Conor goes into surgery tomorrow. We don’t know long how he’s going to be out. How much his rehab and therapy he’s going to need.”

McGregor underwent three hours of surgery to repair a fractured fibula and tibia.

Poirier promised a fourth fight “whether it’s in the octagon or on the sidewalk,” according to MMA Junkie.