CONOR McGREGOR is 'ready to roll' for a summer trilogy with Dustin Poirier, as Dana White revealed plans for a return of fans in Texas.

McGregor was dramatically knocked out on his return in January, but immediately called for a rematch. 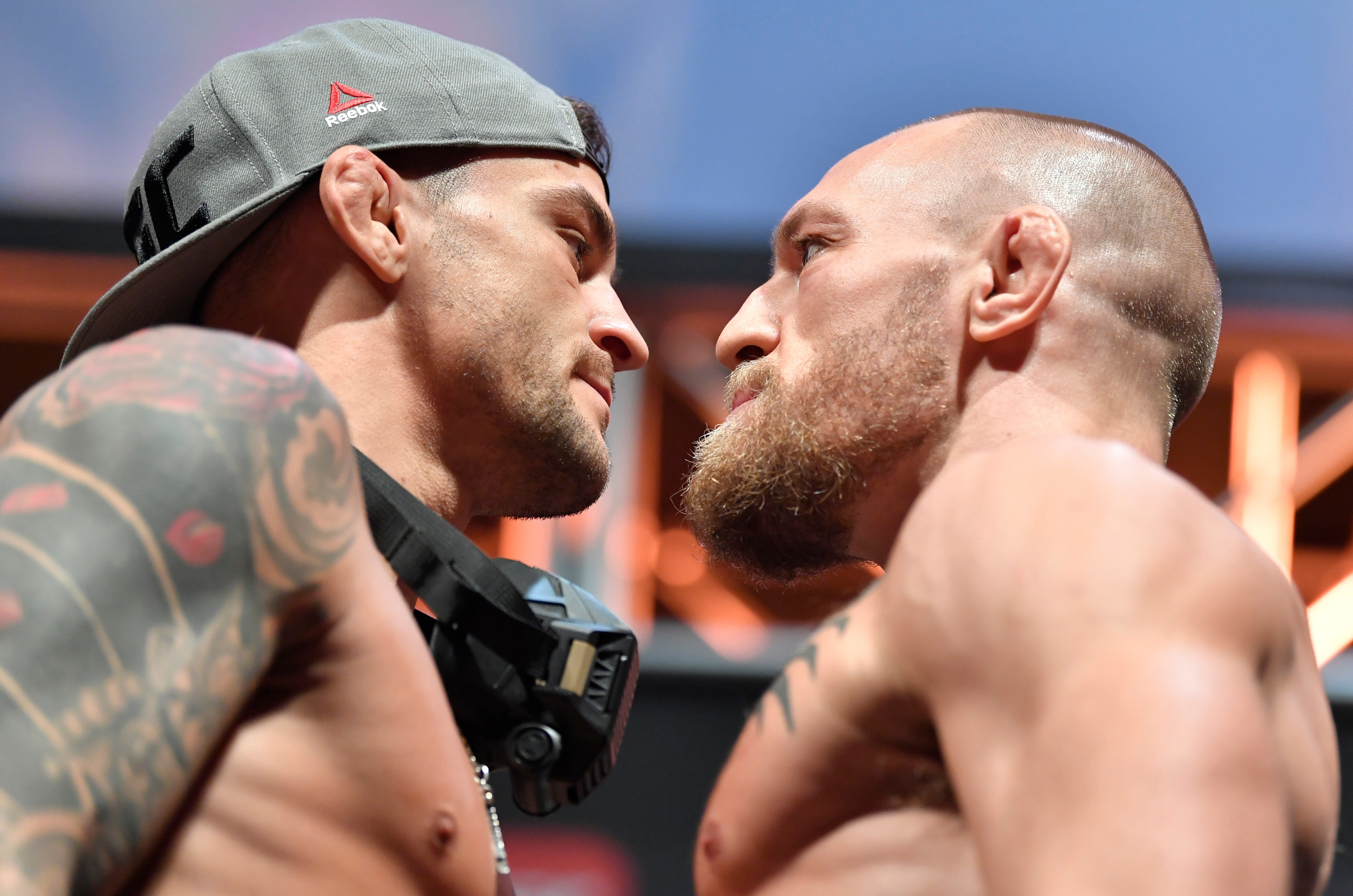 After defeat, UFC president White questioned the multimillionaire's fighting desire, having arrived to Abu Dhabi for Fight Island on a yacht.

But it appears McGregor has been brought back down to earth, and has the eye of the tiger ahead of his career-defining night against Poirier.

"He wants the rematch with Dustin Poirier, and he wants it as soon as possible. We’re working on it. Hopefully this summer.

“I think the loss put him back into a really good place,” White said. “It’s the classic ‘Rocky III.’

"You’re pulling up to the fight in yachts and covered in Versace and you got all the money in the world, it’s hard to stay hungry.”

McGregor, 32, initially beat Poirier, also 32, in their original featherweight fight in 2014, but the favour was returned in the rematch.

The pair fought in front of a limited capacity in the Middle East, with no fans allowed at the time in America.

White maintained he will not bring crowds back Stateside until full capacities are permitted.

But now, Texas governor Greg Abbott has lifted coronavirus restrictions in the state, including an attendance limit for facilities.

White has already been in touch, and revealed UFC 260 on March 27 – set to go behind closed doors at their Apex Center in Vegas – could even be moved.

He said: “As soon as the governor of Texas said that, I called. Dallas said no and I’m working on Houston. We’ll see if we can get Houston done.

"I want to go to Texas ASAP.I'll go in the next two, three weeks. I'm ready to roll.

"I told everybody when this opened up that I would be first and we would go first. And we will.