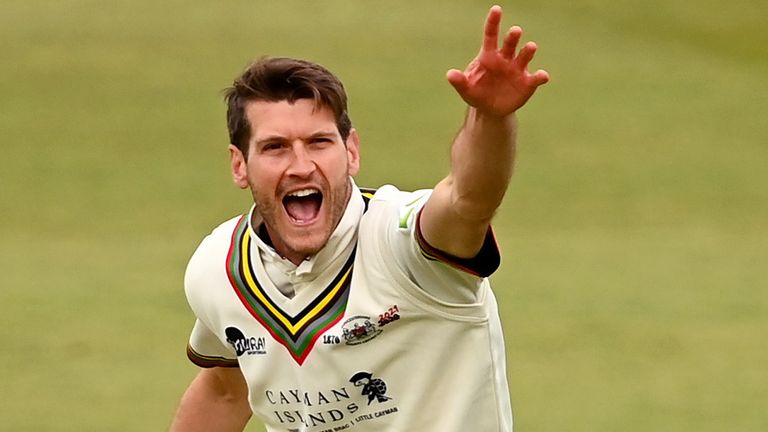 With victory in the televised match over Middlesex at Lords, Gloucestershire have won four of their first five Championship matches in a season for the first time since 1947.

It is the first time since 1877 that they have won four and drawn one of their first five matches, while it was just their second victory in a Championship match at Lord’s since 2001 – the other coming in 2010.

David Payne recorded match figures of 11-87, becoming the first Gloucestershire player to take at least 11 wickets in a match against Middlesex since David Allen did so at Stroud in 1962, and the first to do so against Middlesex at Lord’s since Tom Goddard in 1939. Hampshire were bowled out for just 79 in their first innings against Somerset at Southampton, marking the first time since 1965 they have been dismissed for less than 100 in their first innings of successive matches, having been bowled out for 92 by Surrey last week. In 1965 it was 64 against Somerset at Bath followed by 85 against Middlesex at Lord’s.

Amar Virdi bagged figures of 6-171 in Surrey’s innings of 496, the most runs conceded by a Surrey bowler in a first-class innings since Gareth Batty had figures of 3-174 against Sussex at The Oval in April 2013.

Northamptonshire recorded their first innings victory over Sussex since defeating them by an innings and 17 runs at Northampton in 2000.

Sussex lost their seventh wicket in their first innings with just 25 runs on the board. That is their lowest total for the loss of seven wickets since they were 17-7 against Nottinghamshire at Hove in May 1983.

Having taken 10-55 in the match against Sussex at Hove in 2019 – the last time these two sides met in the competition – Ben Sanderson took 10-99 this time, the first occasion when a Northamptonshire bowler has taken successive 10-wicket match hauls against Sussex. Nick Browne made 53 in Essex’s first-innings 99 versus Nottinghamshire, marking the first time a team total of less than 100 in the Championship has included an individual half-century since Tim Ambrose made 56 out of Warwickshire’s total of 99 against Sussex at Horsham in 2014.

However, the Essex total was somewhat greater than the lowest-ever totals to have included an individual fifty in the tournament’s history:

Watch a live stream of Glamorgan vs Yorkshire live on Sky Sports Cricket from 10.50am on Thursday.