CRISTIANO RONALDO is by far the most reluctant presser in the Premier League, according to statistics.

Since the Portuguese forward returned to Manchester United, he has certainly proved that he still knows how to score goals. 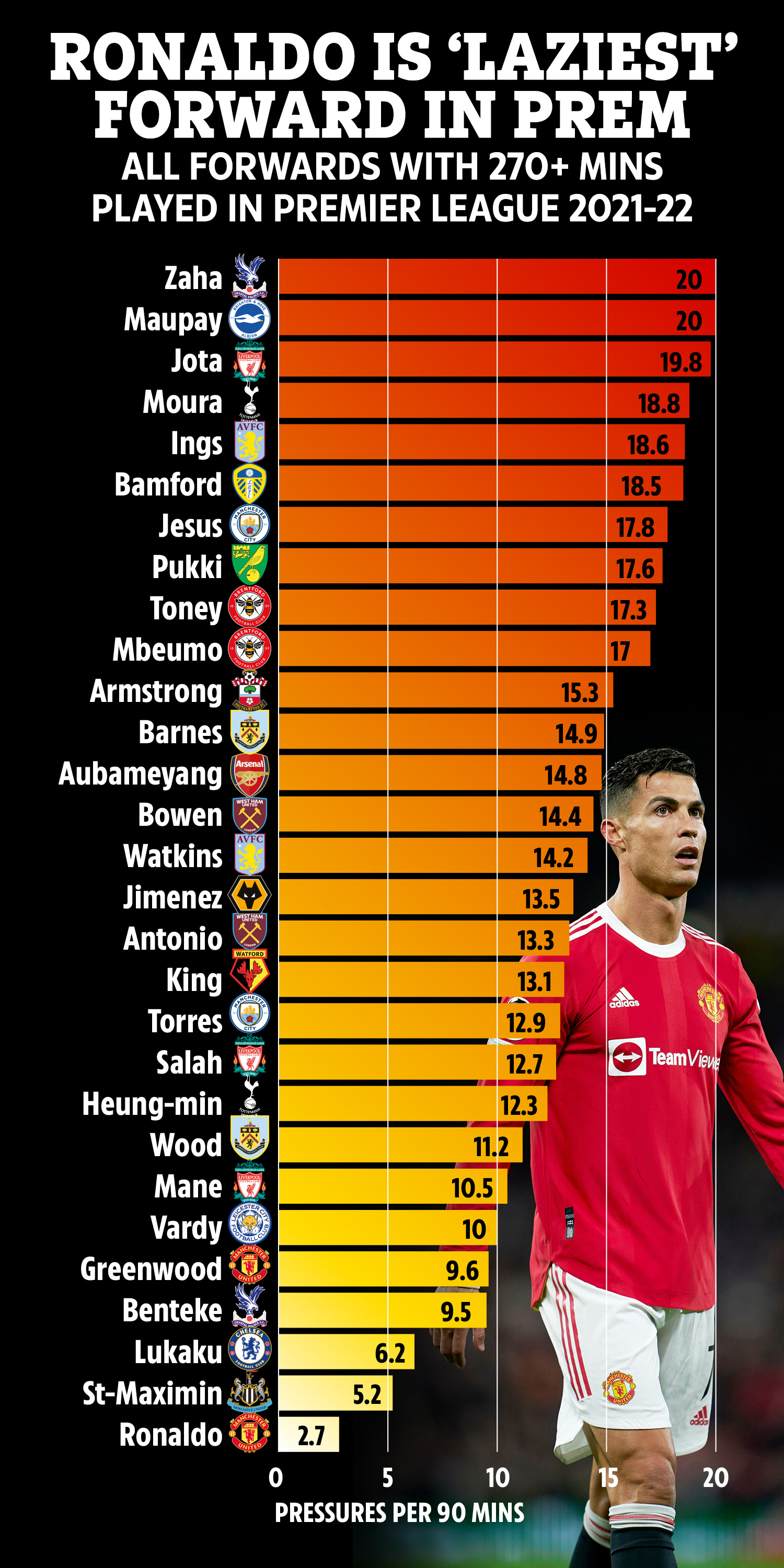 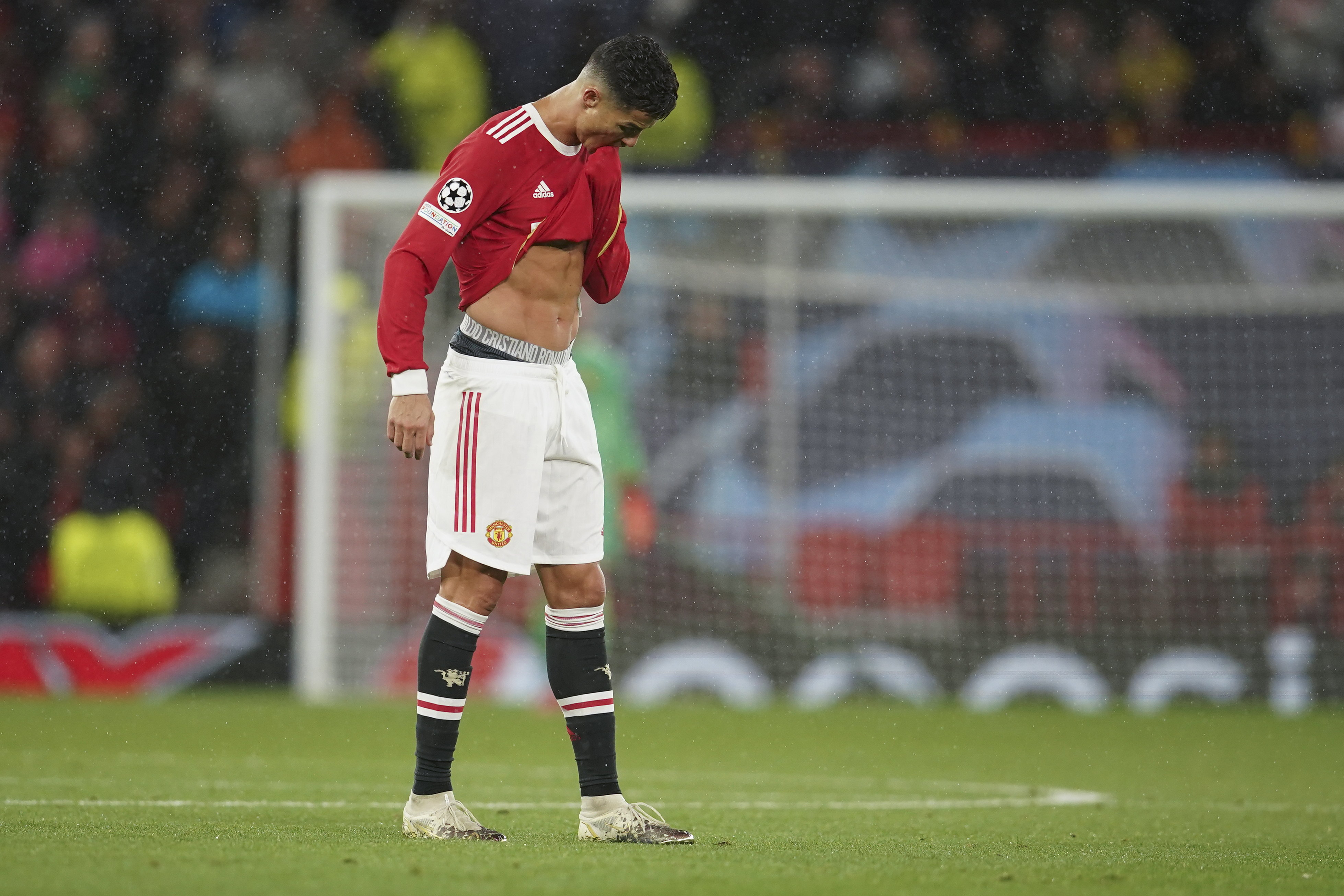 But the 36-year-old is a very different player to the one we last saw in the Premier League 12 years ago.

Gone is the energy and the blistering pace.

The current iteration of Ronaldo is a savvy, deadly goalscorer.

In stats unearthed by The Athletic, Ronaldo is shown to have made just 2.7 pressures per 90 minutes – making him the worst pressing forward in the league.

His figure is by far the lowest of any forward that has played at least 270 minutes so far this season.

For context the next lowest is Allan Saint-Maximin, but even the Newcastle man has made 5.2 pressures per game.

Up at the top of the charts are Wilfried Zaha and Neal Maupay, who have averaged an astonishing 20 pressures each per 90.

Liverpool star Diogo Jota is next up with 19.8, while Spurs ace Lucas Moura has completed 18.8.

While Ronaldo may not be closing down, Man United have already felt the positive benefit of his presence a number of times, with CR7 having netted important goals against Villarreal, Newcastle and West Ham.

But perhaps in some games his lack of pressing may harm them, as was possibly the case in the 2-1 defeat to Young Boys, albeit another game in which he scored. 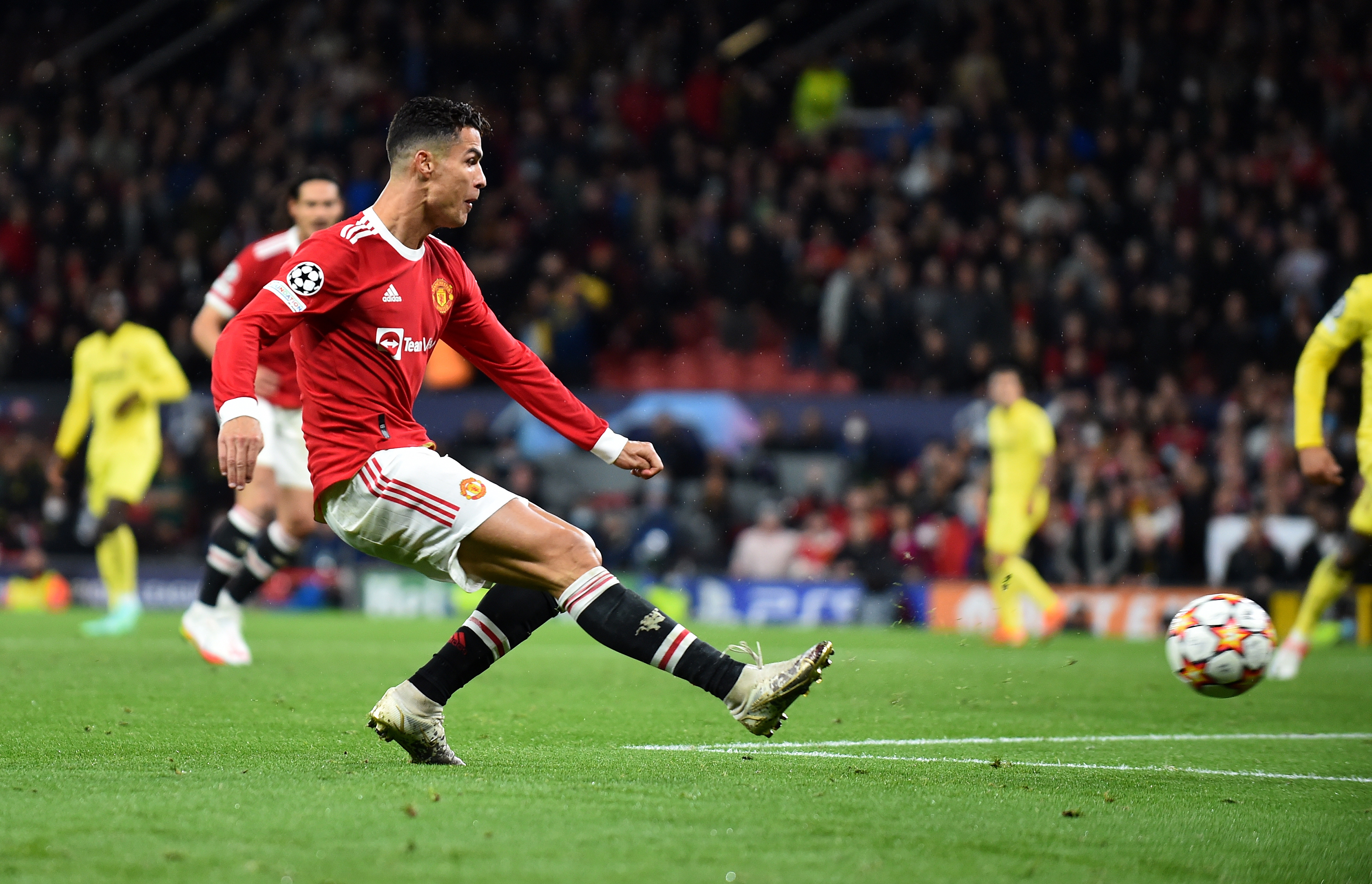