CRISTIANO RONALDO and Zlatan Ibrahomivic have been two of the defining players of the last two decades.

The pair are still going strong deep into their 30s, and remain two of Serie A's most important players. 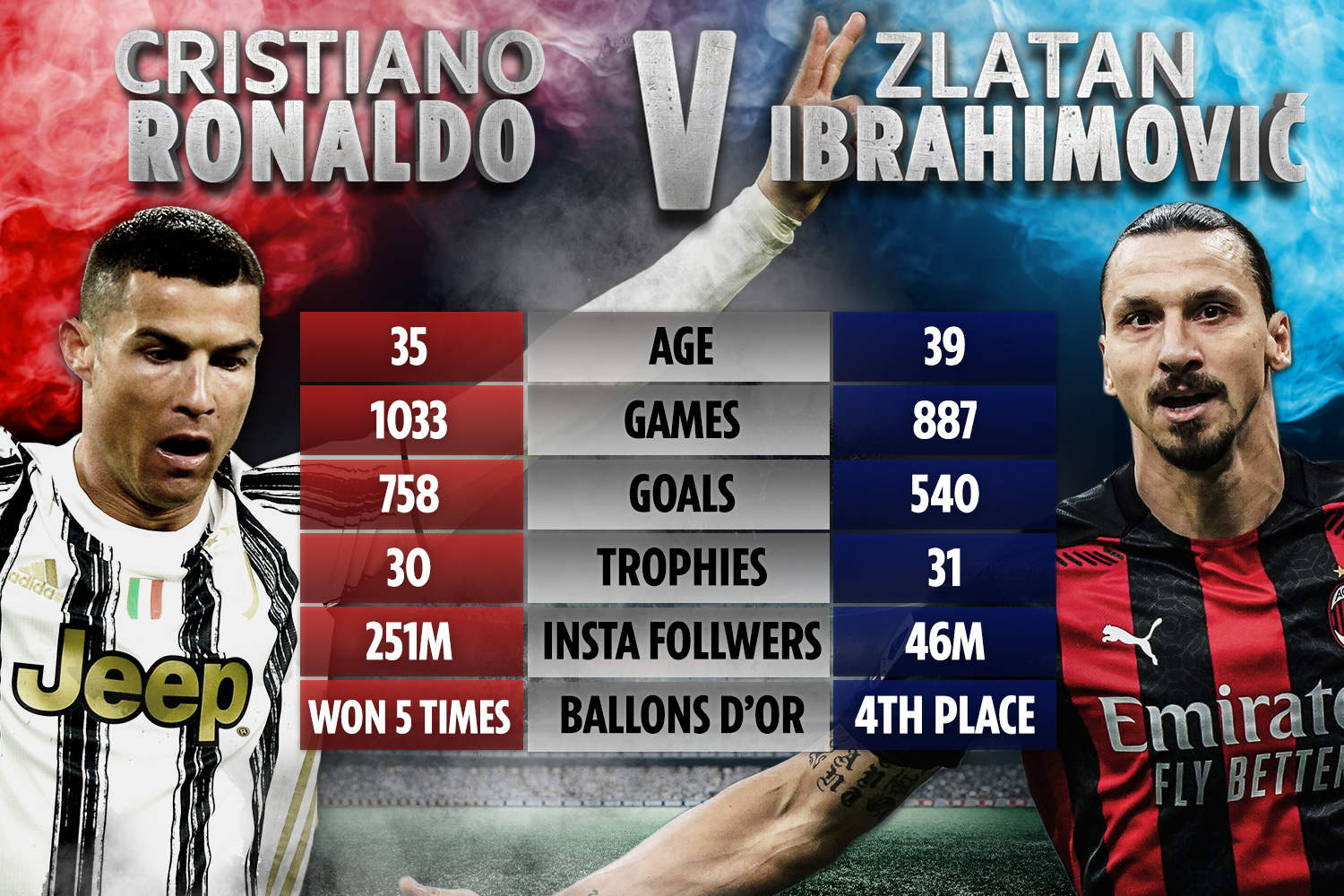 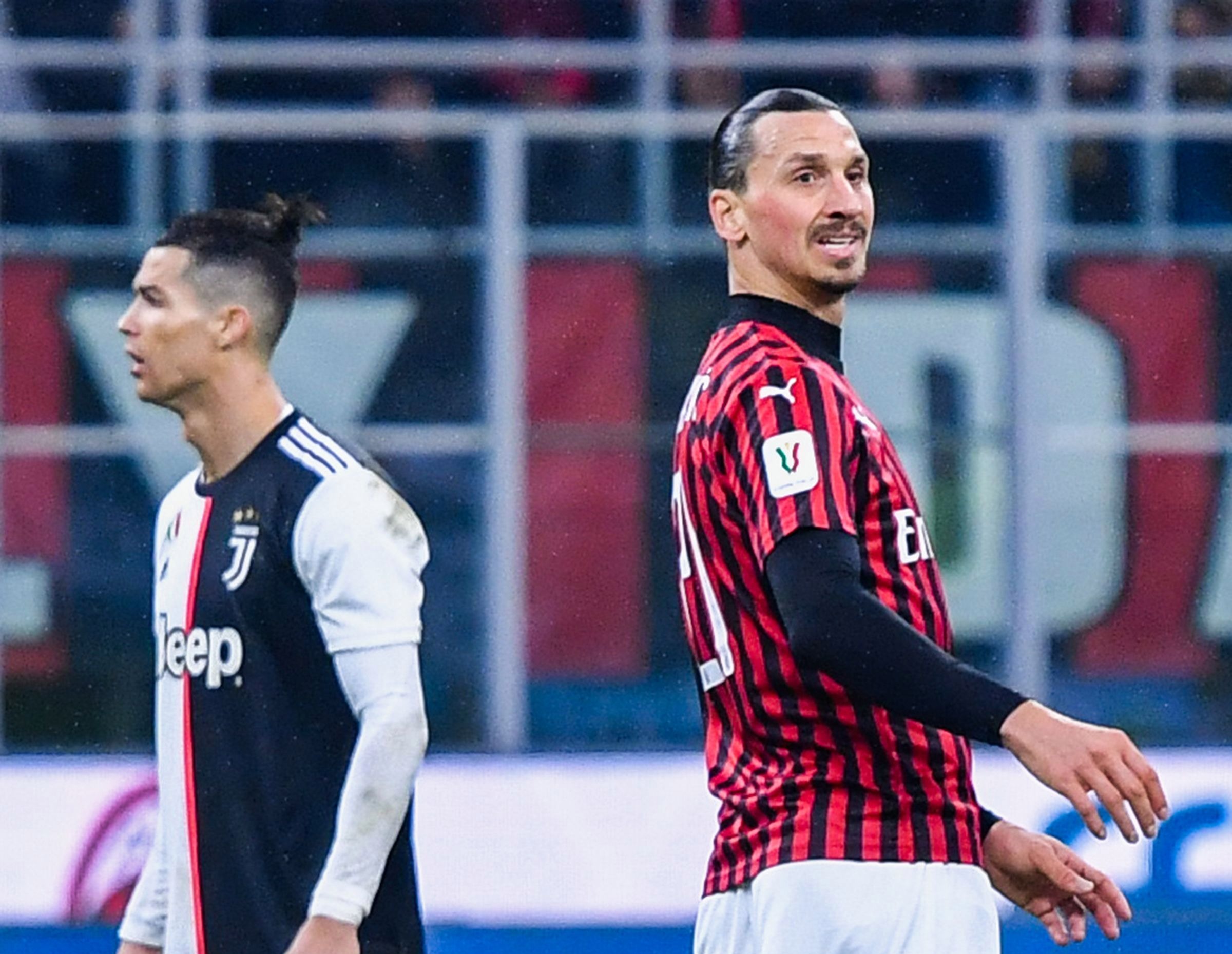 Ibrahimovic, 39, has had a stunning impact since returning to San Siro, and began this season with ten goals in just six appearances.

Unfortunately, the Swede has a thigh injury and won't be able to face off with Ronaldo when his side host Juventus on Wednesday night.

But the 6ft 5in frontman will be cheering his team on from the sidelines, as they aim to move 13 points ahead of their title rivals.

Like Zlatan, CR7 also boasts a record of more than a goal a game in Serie A this term, having netted 14 in 11.

And the 35-year-old also betters Zlatan's stunning goalscoring record across his illustrious career.

Ronaldo has managed 758 goals in 1033 appearances for club and country, while Ibrahimovic has bagged 540 in 887.

The Milan star actually edges his counterpart on trophies, however.

While Ronaldo has often found himself the man for the clutch moments across his career, a certain Lionel Messi tended to thwart him in the LaLiga title race – with the Portuguese having managed only two triumphs in nine seasons with Real Madrid. 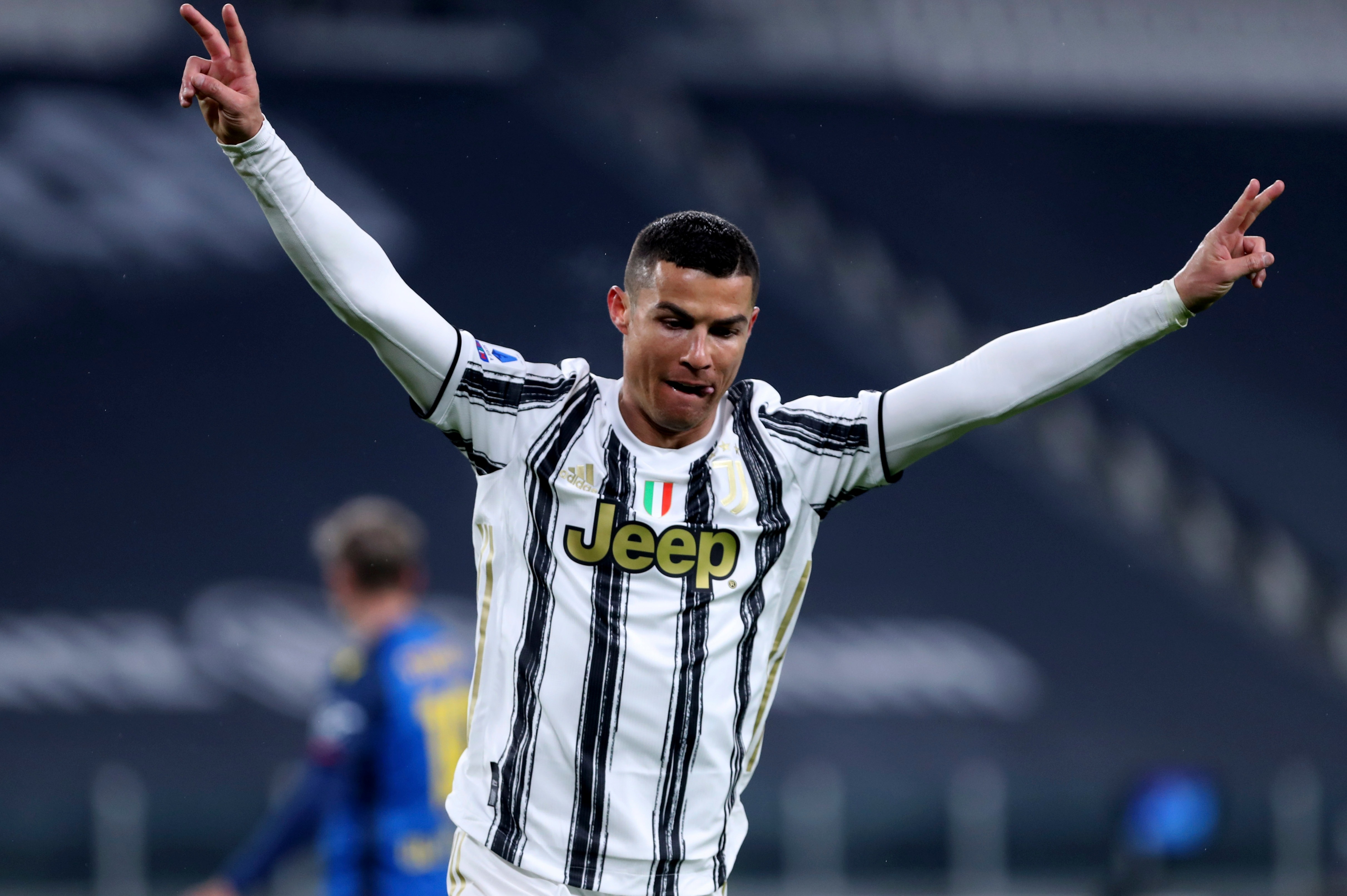 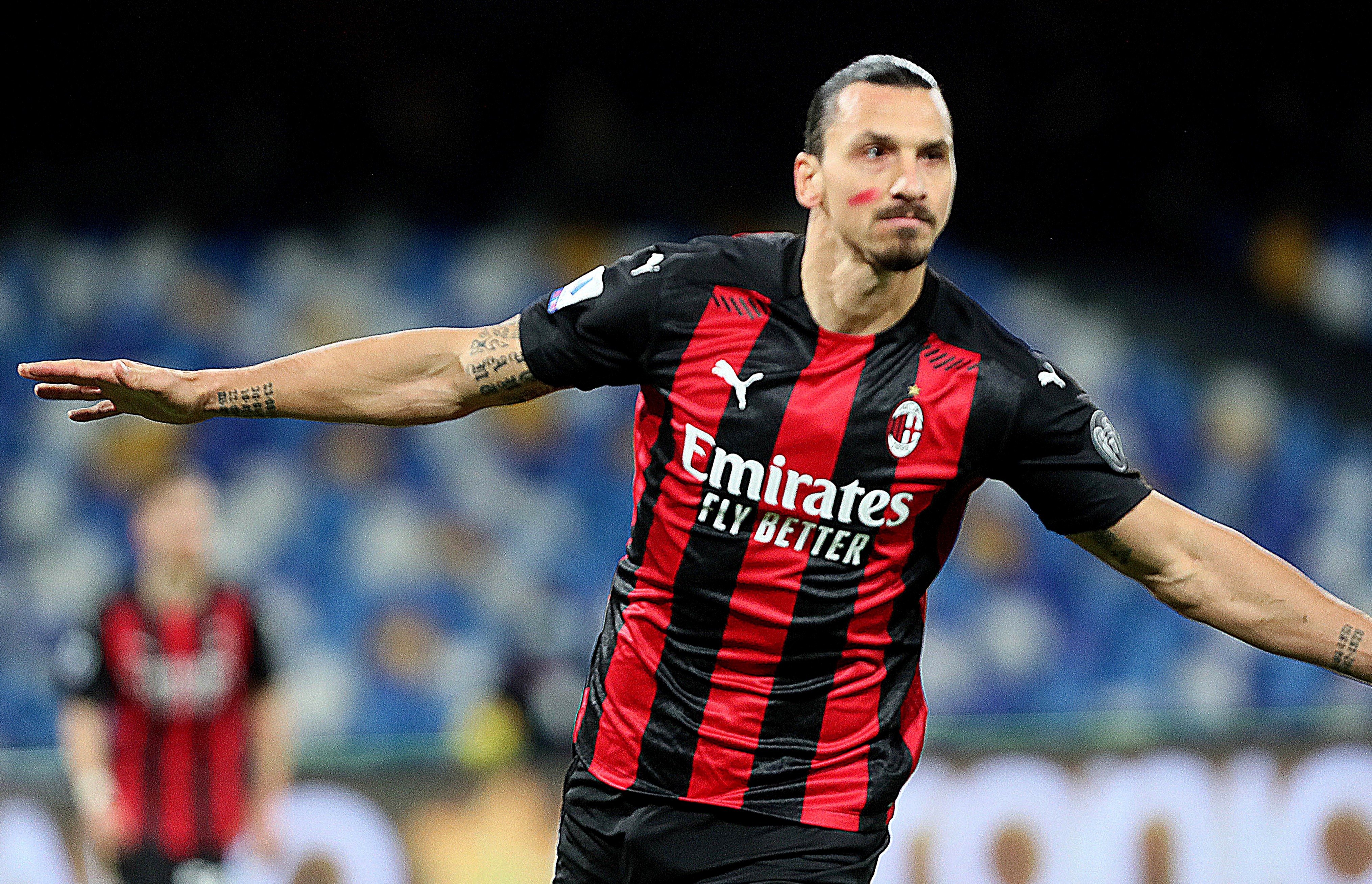 Overall, CR7 has obtained 30 trophies, while Ibrahimovic has amassed 31.

Ronaldo is not just an icon on the pitch, having gathered an eyewatering 251million Instagram followers – more than all 20 Premier League teams combined.

Zlatan himself has a not too shabby 46m, more than Manchester United, but not a match for Ronaldo.

In terms of individual honours, Juve's No7 also dominates.

Ronaldo has won five Ballons D'or – only bettered by Messi's six, while Ibrahimovic's best finish was fourth back in 2013.

Both have won the prestigious Puskas Award.

Ronaldo earned his in 2009 for his 40-yard rocket for Man United against Porto, while Zlatan's came for that outrageous overhead kick scored against England for Sweden.

END_OF_DOCUMENT_TOKEN_TO_BE_REPLACED

END_OF_DOCUMENT_TOKEN_TO_BE_REPLACED
Recent Posts
We and our partners use cookies on this site to improve our service, perform analytics, personalize advertising, measure advertising performance, and remember website preferences.Ok