UFC boss Dana White fell foul of fact checkers as he backed Donald Trump for a second term as US president.

In a speech to the Republican National Convention on Thursday night, the 51-year-old said "no one" could have anticipated the coronavirus pandemic's challenges. 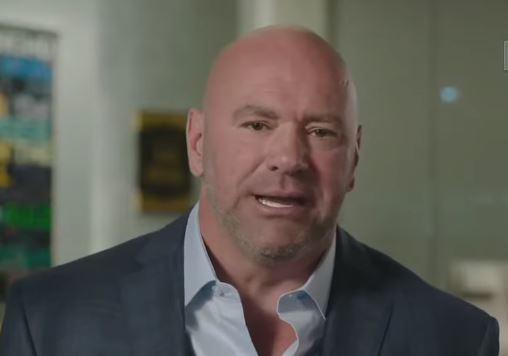 White backed Trump ahead of his successful 2016 election campaign and has not relented in his support this time around.

He stated: "Now, let’s talk about Covid and let’s be very honest about it.

"No one person and no one place could have anticipated the challenges that Covid would bring. But President Trump has faced all these obstacles head on.

"He immediately put protective measures in place and he reached out to the best and the brightest leaders in American businesses of all industries to discuss what he and his administration could do to get the economy back up and running safely."

No country has experienced more coronavirus cases or deaths than the US.

Over six million cases have now been registered, resulting in at least 184,000 deaths.

UFC has been forced to relocate to a special 'Fight Island' in the Middle East.

Both WWE and the NBA are taking place in secure bubbles in Florida with MLB experiencing great difficulty in carrying out its limited schedule.

NBC reporter Allan Smith tweeted: "Dana White is praising Trump for his sports COVID task force. Mark Cuban, who was on the group, told me he was only aware of it meeting once."

"Trump claimed at least 31 times that the virus would just 'go away.' More than 180,000 people have died in the U.S. Dana White's RNC speech was just filled with lies."

And one Twitter user asked: "Why’s Dana White endorsing Donald Trump? What do U get from doing that? Especially rn? To put ur neck out like this he better be getting something good. Makes no sense. He’s looking so stupid."

Of course, Trump was well aware of the virus many months ago and, on February 4, insisted his administration was taking "all necessary steps" to protect the US from the disease.

Later that month, he claimed: "We have it so well under control. I mean, we really have done a very good job."

Whether you're a coronavirus expert or not, it's like hiding from cancer.

Furthermore, Democrat presidential candidate Joe Biden wrote in a USA Today piece in January: "Cases have been confirmed in a dozen countries, with at least five in the United States. There will likely be more."

White has shown his determination to keep UFC on the road during the pandemic.

As large parts of the planet entered lockdown in March, the American suggested the virus was not something to "hide" from.

He told Yahoo Sports: "Whether you're a coronavirus expert or not, it's like hiding from cancer.

"You can't hide from this thing. If you're a high-risk person this thing is going to get you."

END_OF_DOCUMENT_TOKEN_TO_BE_REPLACED

END_OF_DOCUMENT_TOKEN_TO_BE_REPLACED
Recent Posts
We and our partners use cookies on this site to improve our service, perform analytics, personalize advertising, measure advertising performance, and remember website preferences.Ok