Home » Sport » David Ortiz Is Celebrated, and Now Wounded, in His Homeland

David Ortiz Is Celebrated, and Now Wounded, in His Homeland

Within the first few pages of his autobiography, “Papi: My Story,” David Ortiz refers repeatedly to the dangers of gun violence in the Dominican Republic.

“Once, my mother sent me to the bodega to pick up some groceries,” Ortiz wrote, with Michael Holley, in the 2017 book. “On my way there, I saw a guy murdered. Right in front of my eyes, killed. I saw things that no one should see, especially a kid.”

On Sunday night in Santo Domingo, an assailant shot Ortiz through the abdomen, from behind at point-blank range, as Ortiz sat with a friend at a club. He sustained damage to his liver, his small intestine and his large intestine, and was flown to Boston Monday night on a plane provided by the Boston Red Sox. One man, suspected of driving the motorcycle that carried the gunman, was arrested. The authorities are seeking a second suspect, and the motive for the attack remains unclear.

Ortiz, of course, is revered in Boston, where the bridge over the Mass Pike near Fenway Park is named in his honor. He led the Red Sox to World Series championships in 2004, 2007 and 2013, ending an 86-year title drought and turning a franchise known for torturous near-misses into one synonymous with victory.

In the Dominican Republic, he is a symbol of national pride. Of the nearly 750 major leaguers who were born there, Ortiz, 43, is the only one with 500 home runs and three championship rings — plus an M.V.P. ring the Red Sox commissioned for him in 2013. 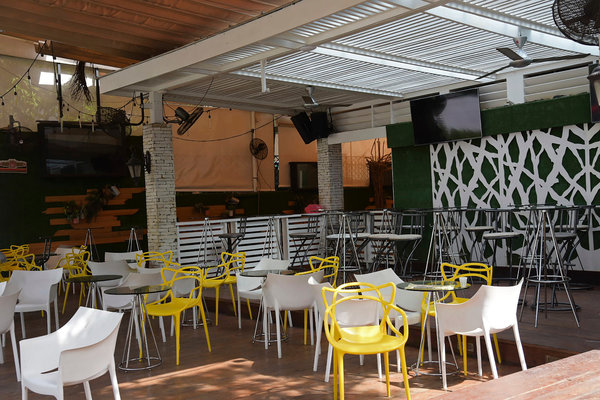 “He’s an idol for us,” said Mets outfielder Carlos Gomez, a Dominican native who said Ortiz’s popularity extends far beyond their island. “In the world, man. Big Papi is Big Papi. Anywhere he goes, everybody recognizes Big Papi.”

But such visibility can give players and their families pause. Yankees reliever Zack Britton, whose mother is from San Pedro de Macorís, D.R., and who still has family in Santo Domingo, has not visited the country since reaching the major leagues in 2011. The Ortiz news was a sobering reminder of the risk he sees in visiting.

“It’s the reason why my mom doesn’t really want me to go back,” Britton said on Monday. “Unfortunately, it’s not the safest place.”

In his book, Ortiz called his childhood neighborhood “chaotic,” describing gang activity, shootings and, especially, drug trafficking. The Dominican Republic, he explained, acted as a bridge among the United States, South America and Europe in the drug trade.

“There were billions of dollars in international drug transactions, which led to some dark, depressing, and corrupt tales in the Dominican,” Ortiz wrote. “It had a devastating effect on the culture then, and it’s still a huge problem now.”

Baseball was Ortiz’s escape; 10 days after his 17th birthday, in November 1992, he signed with the Seattle Mariners for $10,000. He had never boarded a plane until his first trip to Arizona for rookie ball, in 1994, when he and his teammates got by on $59 per week.

In 1996, while playing for the Class A Wisconsin Timber Rattlers, in Appleton, Wis., Ortiz met his future wife, Tiffany Brick, at a dance club. (The couple has three children.) The next year, he reached the majors with the Minnesota Twins.

Ortiz hit 20 homers for the Twins in 2002, but the team released him, leery of the salary he could command in arbitration. His signing with the Red Sox heralded unimagined success for himself and the team: 10 All-Star teams, a .455 average in World Series play and unquestioned status as the rare crossover baseball star.

Ortiz has a winery and has had endorsement deals with Coca-Cola, JetBlue and others. He has been spoofed on “Saturday Night Live” and appeared in a Super Bowl commercial.

“There’s very few players that transcend and become superstars even in pop culture in our country, and certainly the Dominican Republic,” Yankees Manager Aaron Boone said on Monday. “He’s one of those few figures that everyone knows.”

Boone added: “He’s one of those guys that walks in a room and people pay attention.”

Ortiz won M.L.B.’s Roberto Clemente Award in 2011, recognizing his charity work, and became such a symbol of unity after the Boston Marathon bombing two years later that former President Barack Obama mentioned it in a get-well wish on Twitter.

“Six years ago, David Ortiz’s spirit and resolve helped us all begin to heal from the Boston Marathon bombing,” Obama tweeted. “Today, I want to join many others in wishing him a speedy recovery of his own. Get well soon, Papi.”

Ortiz’s foundation, the David Ortiz Children’s Fund, helps provide cardiac care for needy children in New England and in the Dominican Republic. His 11th annual fund-raising event in his native country raised $1.1 million last winter and has become a highlight of the off-season for current and former stars.

“I’ve been down there, it’s a good trip,” said the Yankees’ C.C. Sabathia. “It’s a lot of fun to go down there and golf and hang out with other players.”

Sabathia, whose friendship with Ortiz dates to their years as rivals in the American League Central in the early 2000s, when Sabathia was with the Cleveland Indians, said Ortiz had seemed content since retiring after the 2016 season.

Besides his endorsements, Ortiz has worked as a studio analyst for Fox Sports, and he managed the World Team in the All-Star Futures Game last July. He appears in spring training as a uniformed coach for the Red Sox, who list him atop their front-office masthead as a special assistant, with Pedro Martinez and Tim Wakefield.

“It seems like he’s been enjoying retirement, hanging out with his family, doing his stuff on TV, staying busy,” Sabathia said. “It just sucks that happened — in his home country.”

Gomez said any country would be proud to have Ortiz as a symbol. Robinson Cano, the Mets’ veteran second baseman, used some of the same words as Gomez in describing Ortiz’s impact.

“His presence is always going to be the same, no matter whether he is retired or still playing,” said Cano, a Dominican native who became a United States citizen in 2012. “Guys know what he does with his foundation, so many lives that he saved, and he is still doing it. He’s an idol for all of us.”