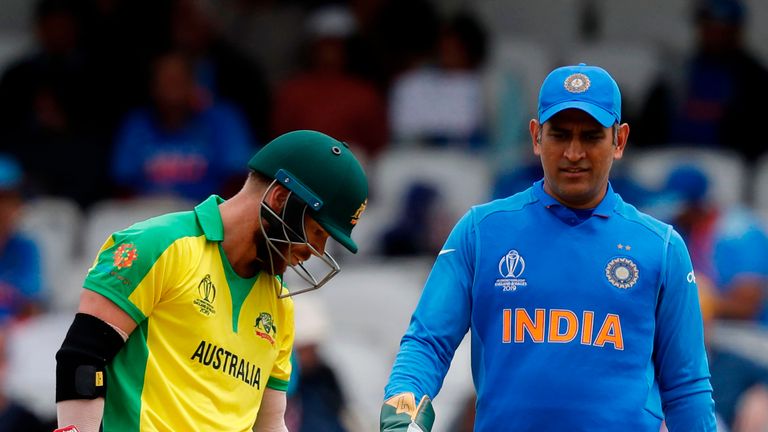 David Warner became to fifth batsman to get a World Cup reprieve due to non-dislodged bails during Australia’s defeat to India at The Oval.

Warner inside-edged India quick Jasprit Bumrah onto his stumps in Australia’s ultimately-failed pursuit of 353 in South London on Sunday but the zing bails remained in place.

Ex-Pakistan seamerAkhtar wrote: “What’s going on?? In my entire life, I have not seen five instances like this, let alone in the space of 10 days or a tournament.”

This can’t keep happening with the bails !!! Hard enough being a bowler nowadays .. needs changing

Today is the 5th instance of ball hitting the stumps and bails not falling.

5th instance, WITHIN this World Cup.

In my entire life i have not seen 5 instances like this, let alone in the space of 10 days or a tournament!!#AUSvIND #CWC19

Nice era to Bat when you can’t get bowled !!!!! These stumps/Zinger bail combination have to be changed ….. #CWC2019

Australia captain Aaron Finch – whose side lost to India by 36 runs – had remarked before the game that the zing bails required extra impact in order to be removed from their grooves.

“The bails seem to be a lot heavier, so it does take a bit of force,” said Finch, whose side are back in action against Pakistan on Wednesday, live on Sky Sports Cricket World Cup (channel 404) from 10am.

“I’ve seen it a handful of times now in IPL and Big Bash where the ball rolls back on to the stumps, where the bails traditionally one of them will pop off.