Dean Rock recreates his most famous free-kicks for Dublin

When it comes to free-taking, there are few players in Gaelic football who are up there with Dean Rock.

The Dublin and Ballymun Kickhams forward has landed some big kicks throughout his glittered career.

In March, Sky Sports analyst Kieran Donaghy caught up with the six-time All-Ireland winner to talk through all-things free-taking, and to recreate some of Rock’s most famous kicks.

“The reason why I became a free-taker initially was because I was going to club games to watch [my dad],” explained Rock.

“Any time he was kicking frees, afterwards I’d want to do that. If he wasn’t a free-taker, I may not have been a free-taker. I wanted to do what he was doing.

“He was a role-model for me growing up.

“But as I got older then, it was looking at different sports; Jonny Wilkinson with England back then. I played a lot of rugby growing up as well. So he was someone I always watched and tried to replicate his way of thinking, his thought-process, his kicking, his breathing. All that stuff.” 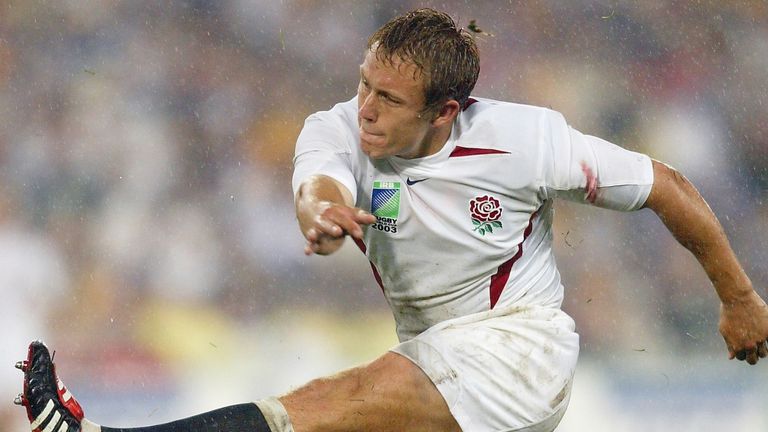 So what process does Rock go through before taking a free?

“Once the referee blows his whistle, you completely shift from that team mindset of doing things for the team, to your individual mindset,” he outlined.

“For me, it’s just ‘get the ball, put the ball down, take my steps back, a few deep breaths’. You have to bring your heart-rate down. It makes a big difference to me. It’s part of my routine, process.

“Then it’s just focusing in on the execution of the strike, where you want to kick the ball. And keep the head down.

“It’s a commitment thing. It’s amazing the amount of things that come into your head as a free-taker. Before you kick it, on the run-up. It’s strange. You could think of anything! You try block it out as best you can. And that comes with concentration.” Famed primarily as a free-taker, the 30-year-old’s contributions from play are often overlooked. So does that irk him?

“It comes with the identity of a free-taker,” said Rock.

“You put so much work and emphasis into your free-taking growing up, because that’s what you wanted to be. But yeah, people’s perceptions are that you kick frees, you’re a free-taker, so your stuff from play kind of goes unnoticed, which can be a good thing!

END_OF_DOCUMENT_TOKEN_TO_BE_REPLACED

END_OF_DOCUMENT_TOKEN_TO_BE_REPLACED
Recent Posts
We and our partners use cookies on this site to improve our service, perform analytics, personalize advertising, measure advertising performance, and remember website preferences.Ok