TOTTENHAM talisman Harry Kane was subjected to boos from a section of the Spurs home crowd on Saturday.

The 28-year-old fired another blank in the Premier League as Nuno Espirito Santo's side slumped to a 3-0 defeat at the hands of Manchester United. 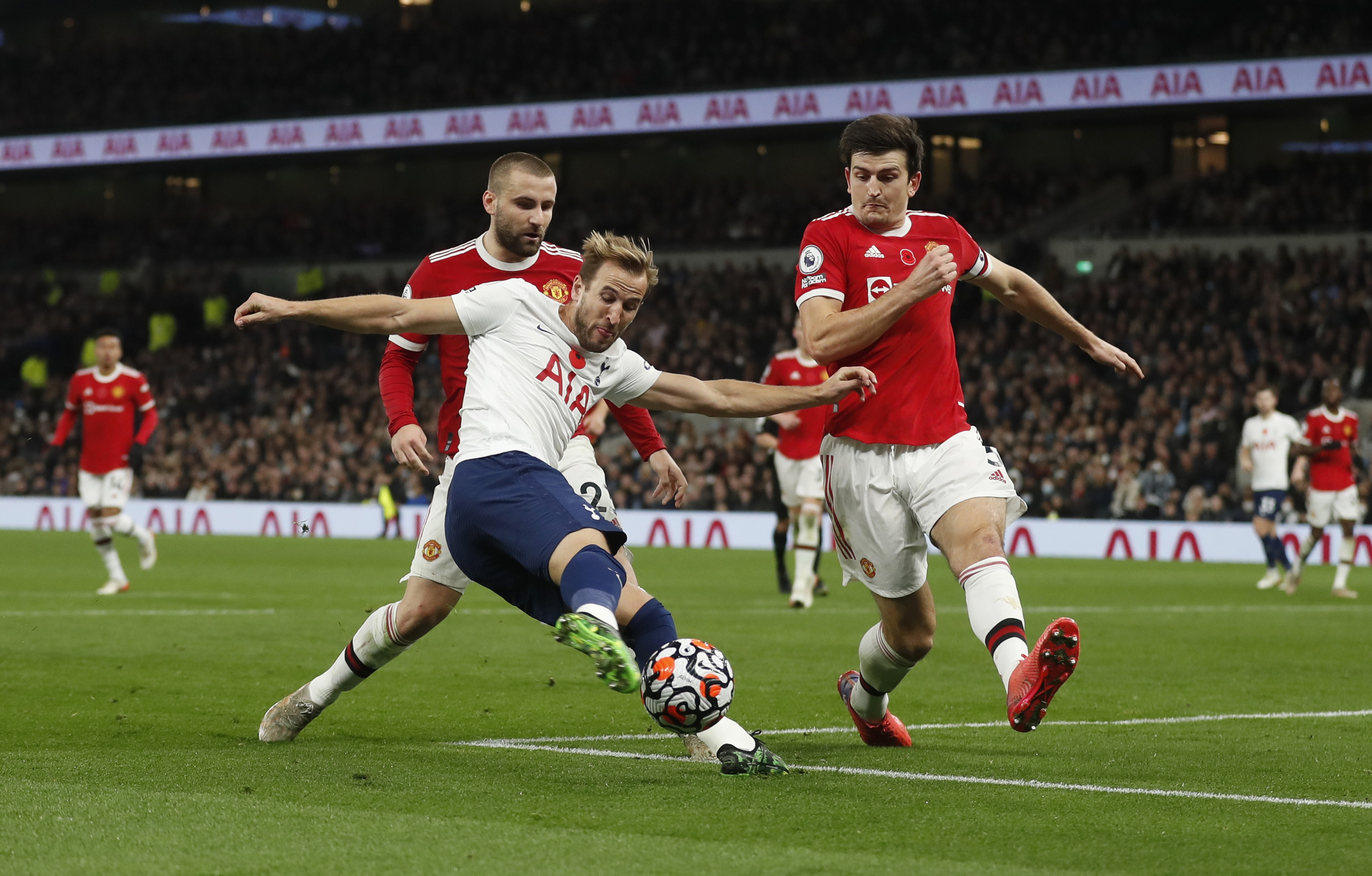 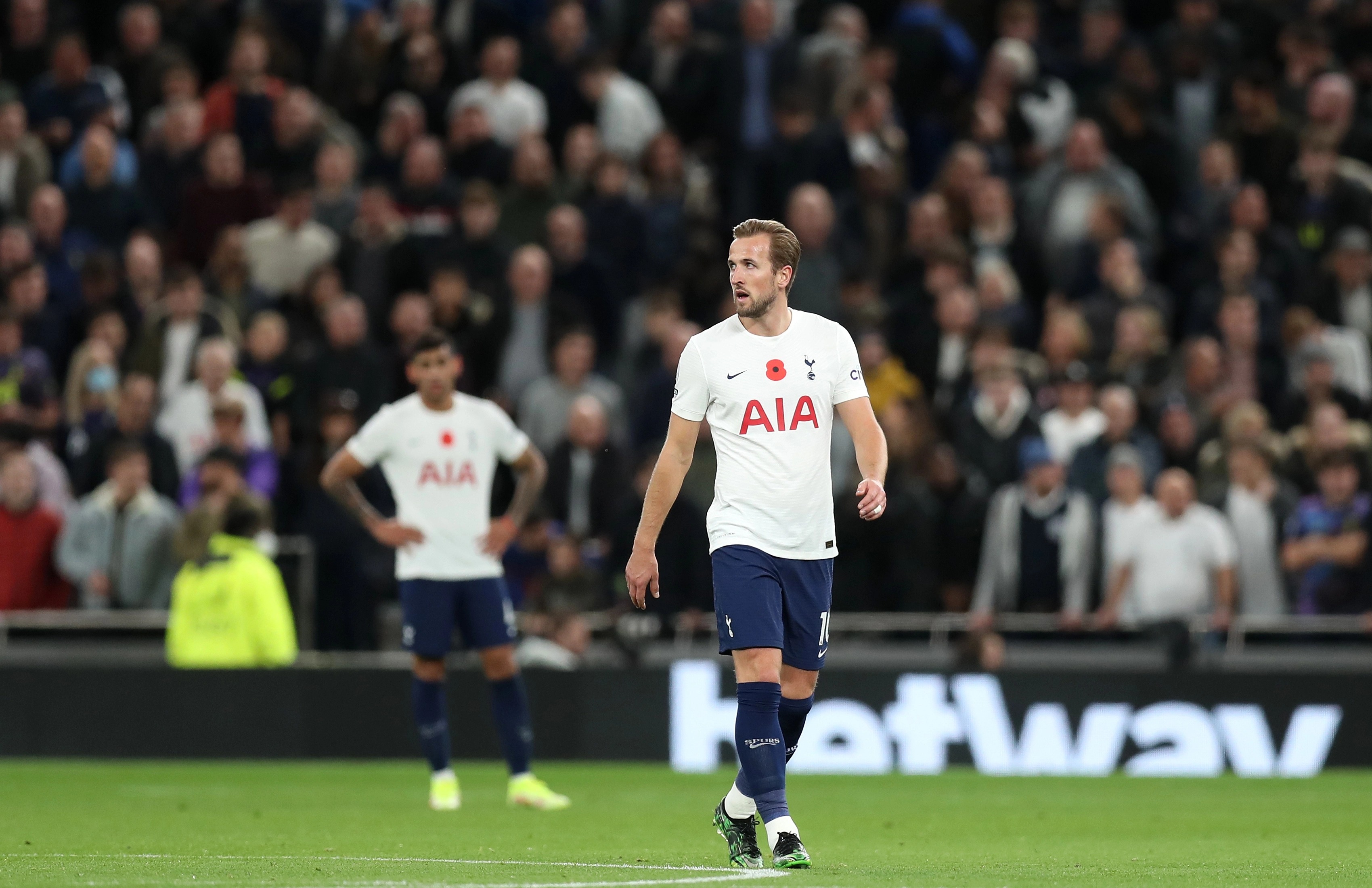 Kane, 28, tried to leave Spurs in the summer but chairman Daniel Levy rejected Man City's advances and the England man was told he must stay.

And Kane – who has scored just once in the league this season – was booed by some fans after turning down a chance to shoot and giving the ball away.

Frustration grew among the home support throughout the game, with chairman Daniel Levy and boss Nuno both the target of boos and negative chants.

And after Kane gifted United possession late on in the game the unrest reached boiling point – leading to boos in his direction.

During the second half, Neville – speaking on Sky Sports – said: "These Tottenham fans are really letting Harry Kane know what they think every time he gets the ball and gives it away."

The England captain is struggling for form this season after failing to land a move to Manchester City in the summer.

Under-fire Spurs boss Nuno said: "We have to get the best out of all our players, not just Harry.

"We have to support them, help them and try to make them believe they're better."

Also speaking on the subject, ex-Prem striker Dean Ashton said on talkSPORT: "How often have you heard that, Harry Kane being booed?

"Too many times I looked at Kane and I looked at Heung-min Son and they didn’t look happy.

"They didn’t look like there was anything there for them. There was no idea, there wasn’t a plan on how they were going to get back into the game. That’s down to the manager.

"It was evident and very audible that the Tottenham fans were getting on top of the players, it wasn’t just Nuno and Daniel Levy.

"But they’ve got to stick together now, because if they don’t, if they start to break the group, it won’t be long until Nuno’s job will come to an end."

Another goalless game means Kane has scored just ONE goal in ten league appearances so far this campaign.

And Ashton has labelled him as looking 'disinterested' at the club following his failed move to Manchester City in the summer.

But the striker was not the only one subjected to boos from the crowd at Tottenham Hotspur Stadium.

Giovanni lo Celso was another target from frustrated fans, who also voiced their anger at boss Nuno.

Boos echoed around the ground as the full time whistle blew after Saturday's 'El Sackico'.

And home fans directed chants of 'You don't know what you're doing' towards Nuno after he replaced Lucas Moura with Steven Bergwijn.

The loss against Manchester United made it three defeats in a row in all competitions for Spurs.

Nuno, 47, only took over at the North London club in the summer but is already facing the axe.

After scoring just nine goals in ten league games Nuno is the bookies second favourite to be the next manager sacked in the Premier League.