The dynamic duo meant business as soon as they walked into the room. It was late on Friday afternoon and Jurgen Klopp had chosen Trent Alexander-Arnold and Andrew Robertson to be Liverpool’s selected pre-game spokesmen.

Dressed in black tracksuits and sporting deadpan expressions, it was clear they had a message to convey. Liverpool were not here to mess about, they were in Madrid to bring their trophy back home; these two full-backs have helped set the tone all season and they did it again.

‘The lads are prepared to put everything on the line for the fans,’ said Alexander-Arnold, whose remarkable rise is best highlighted by the fact he has not yet turned 21 but has already played in two Champions League finals. ‘It’s literally going to be a fight to the end to see who wants it more.’ 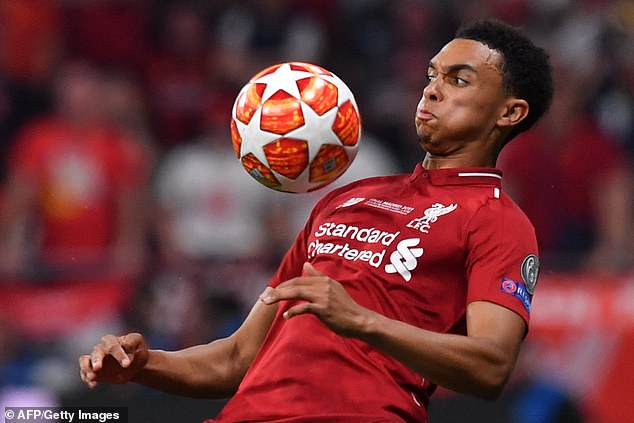 Desire was never going to be a facet that either Alexander-Arnold or Robertson lacked. They are the relentless runners, the scuttlers and scufflers who have helped make Liverpool’s defence one of the meanest in Europe. ‘No parasan’ would be the Spanish phrase that sums them up: they will not pass.

But there is more to them than just defending. They are the wingmen whose dashing raids have yielded more than 20 assists, none better than the impudent corner Alexander-Arnold whipped into Divock Origi to send Liverpool marching to the Wanda Metropolitano.

How they performed – and how Danny Rose and Kieran Trippier handled them – was always going to be crucial to the outcome of this contest and there were a few significant incidents in the opening 20 minutes that showed why Liverpool were in control. 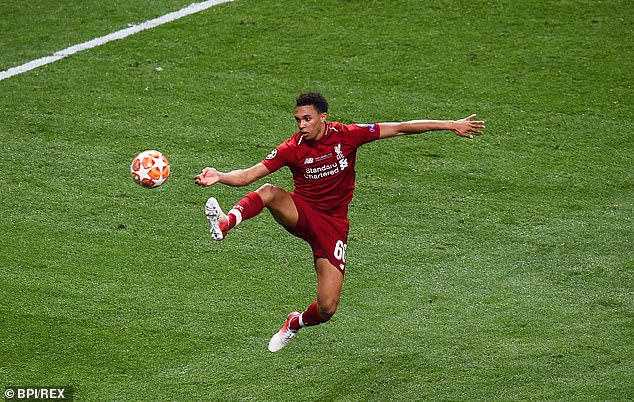 Alexander-Arnold first real contribution came in the seventh minute. Tottenham, stunned by the concession of Mohamed Salah’s penalty, tried to launch an attack but the young man who grew up a mile from Liverpool’s Melwood training base dashed past Heung-min Son to recover.

When the England international found himself out of position following another Tottenham raid, Robertson was the man who surged in to fill the gap and clear. They are like the cogs on a clock, working in perfect symmetry.

‘We have got a really good relationship on and off the pitch,’ Alexander-Arnold had told the media. ‘We both know each other’s qualities and where we can improve. It’s about pushing each other in training every single day. It’s a good duo to be a part of. This season we’ve done so well.’

Competition has clearly been healthy.

‘We enjoy seeing each other do well,’ said Robertson. ‘I enjoy seeing him make an assist or goal-line challenge as much as myself. If one of us sees something in the game that the other can take advantage of we try to talk to each other. It’s about trying to improve each other.’

While Liverpool settled straight in to it, it wasn’t so easy for Rose and Trippier. Rose, for instance, followed a nutmeg on Jordan Henderson by putting a pass straight out of play, while Trippier’s range of passing was out. He also had the added problem of trying to contain Sadio Mane. 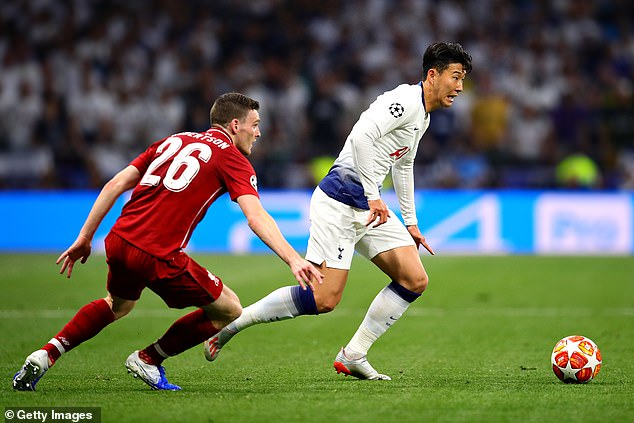 Rose has had a strong second half of the campaign, having reclaimed his place from Ben Davies, but Trippier has been disappointing. The chemistry that Liverpool had out wide simply could not be replicated and it is impossible to understate the importance of the full-backs.

Robertson provided one of the best crosses of the game, a whipping, dipping ball to the back post that Rose cut out as Salah lurked; Alexander-Arnold’s deliveries were not so clean but when Tottenham pressed, he pushed back as he did in the second half when snuffing out Dele Alli.

As the PFA Team of the Year showed, Alexander-Arnold and Robertson – combined recruitment cost of £8million – are the finest full-backs in England. This contest was far from a classic but Liverpool’s version of Batman and Robin once again made the difference.