ENGLAND endured a day of disaster and unrelenting misery as they were overwhelmed by a rampaging Virat Kohli and his Indian team.

Joe Root’s side began the day dreaming of victory but ended the Second Test in despair and 1-0 down in the series. How the heck did that happen? 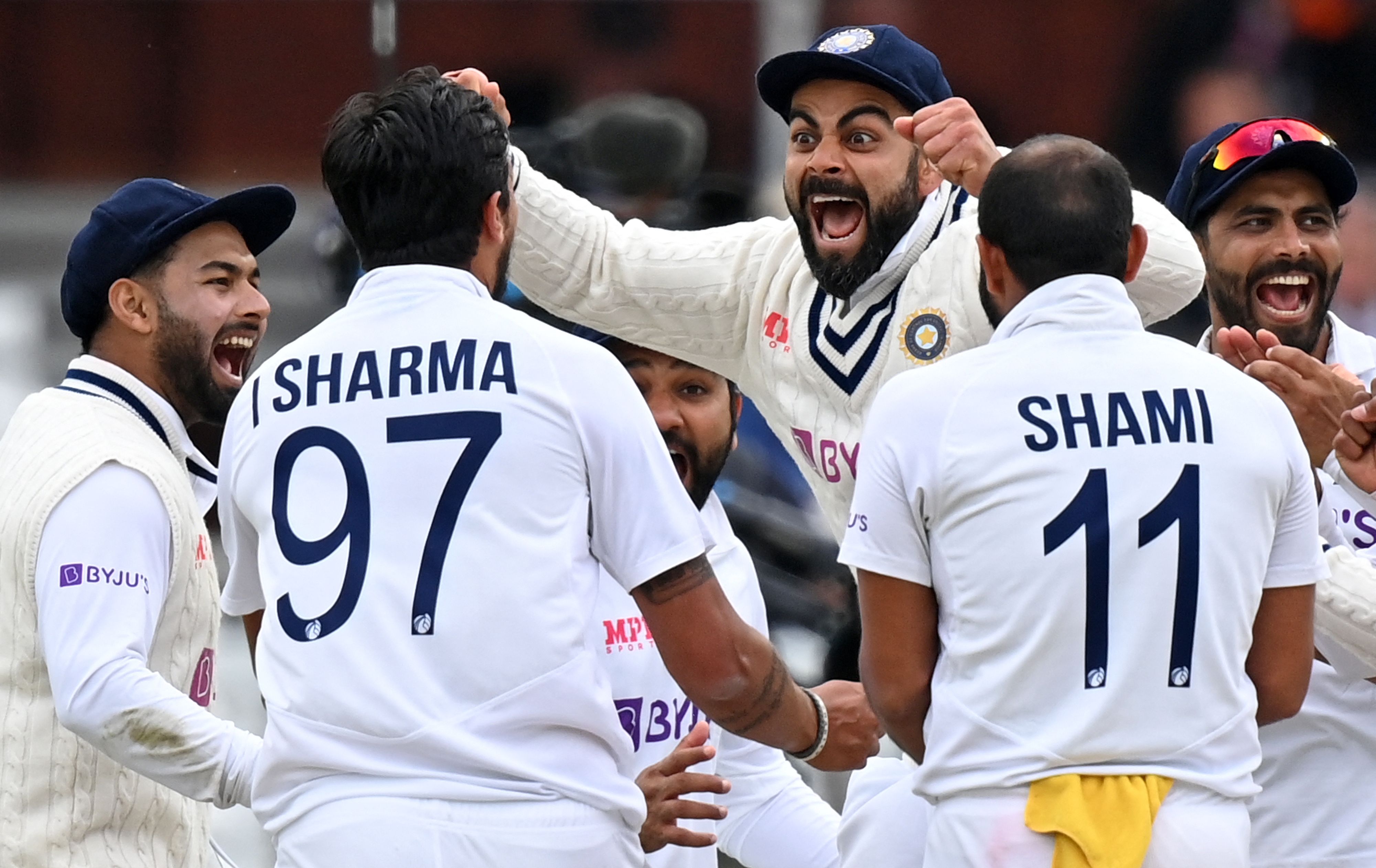 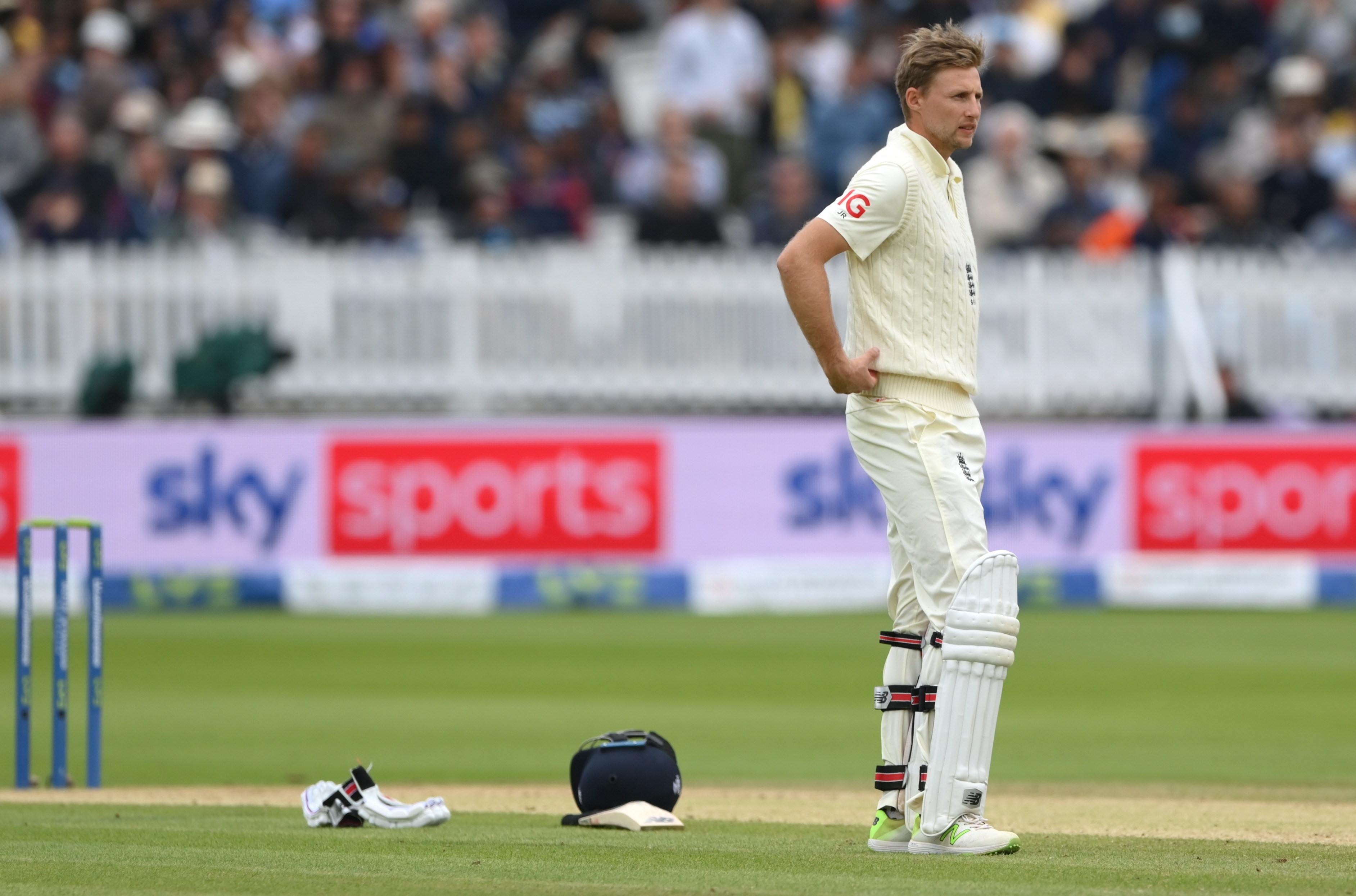 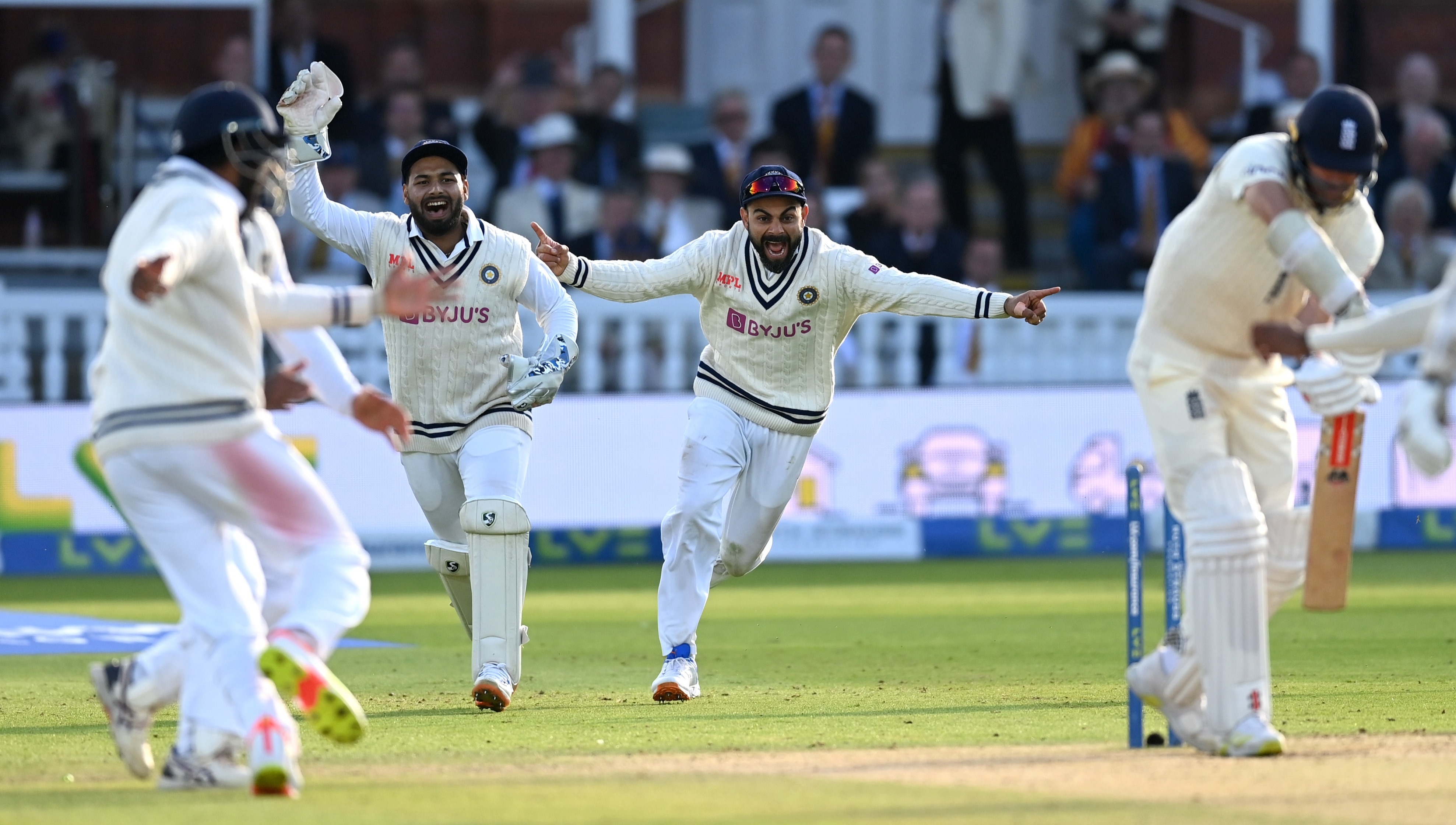 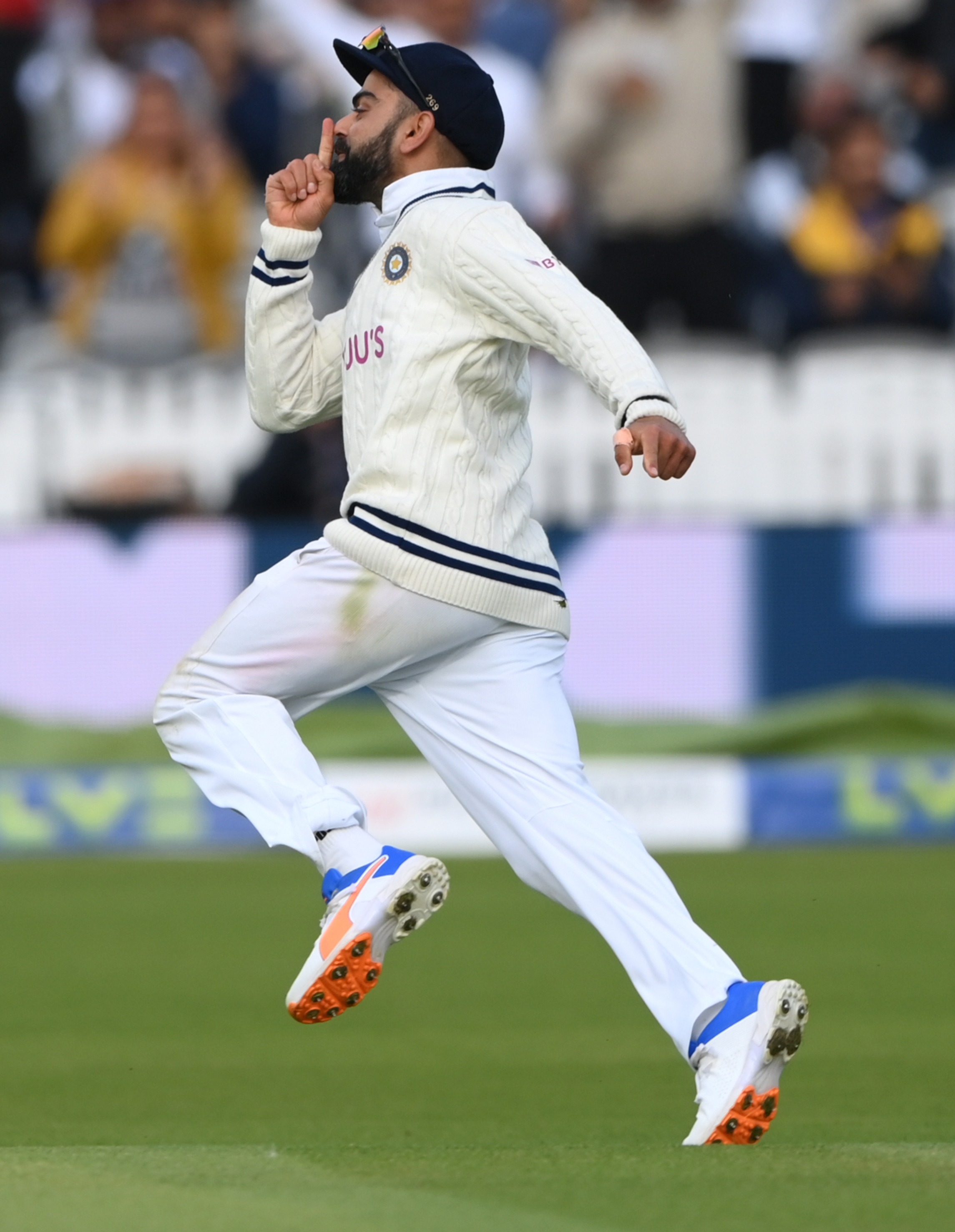 It happened because their attempt at bully-boy tactics with the ball backfired spectacularly and their batting crumbled once more.

The contest frequently crossed the line from competitive to feisty to downright niggly.

There were angry words, wind-ups and in-your-face celebrations. Umpires Michael Gough and Richard Illingworth regularly told the players to 'cool it'.

Captain Kohli was often at the centre of things, either chirping away on the pitch or waving and shouting and gesticulating on the balcony.

But India’s bowlers seemed inspired by Kohli’s intensity and passion and England were unable to resist.

With three back-to-back Tests starting at Headingley next week, there is scope for the temperature to rise even higher. 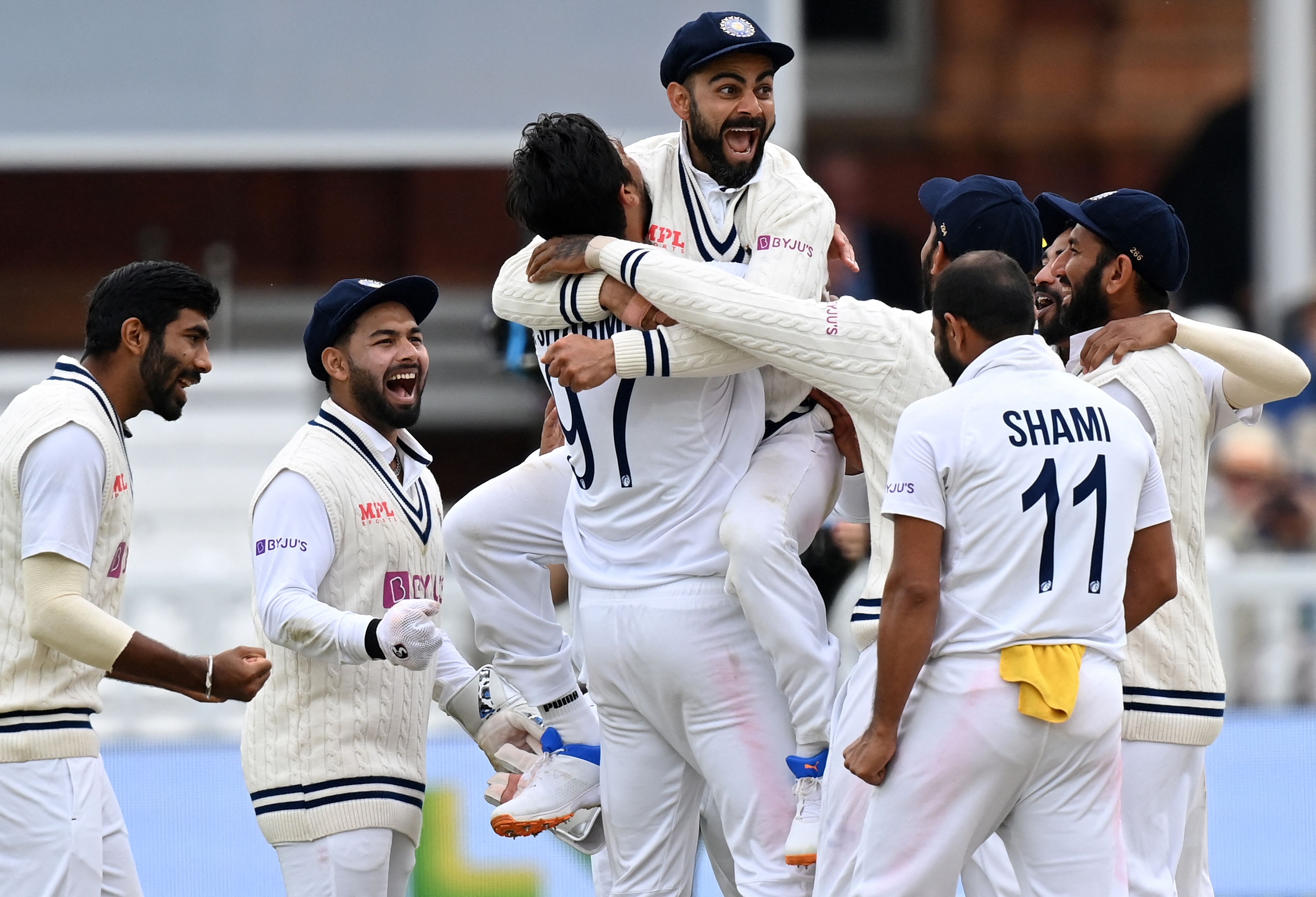 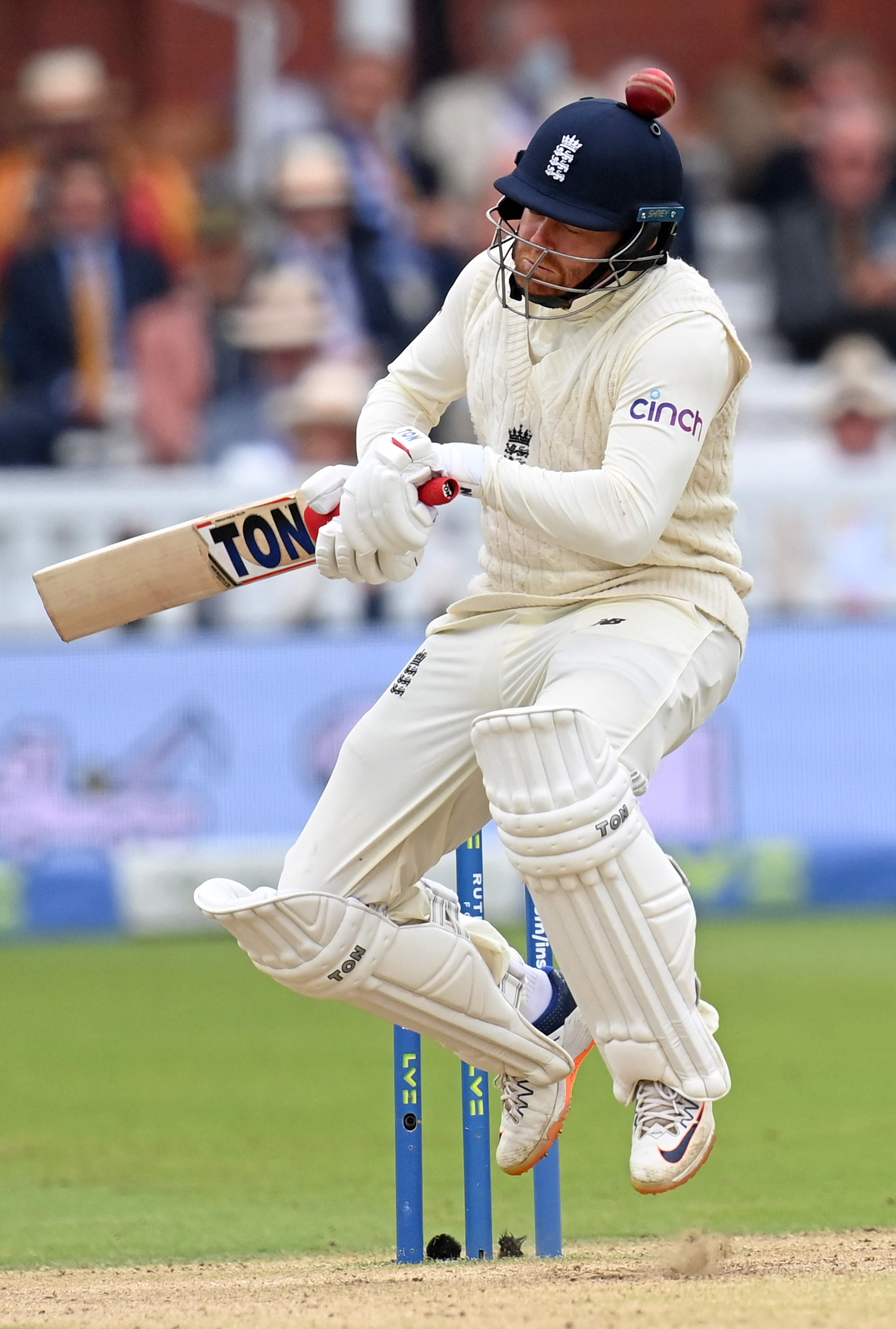 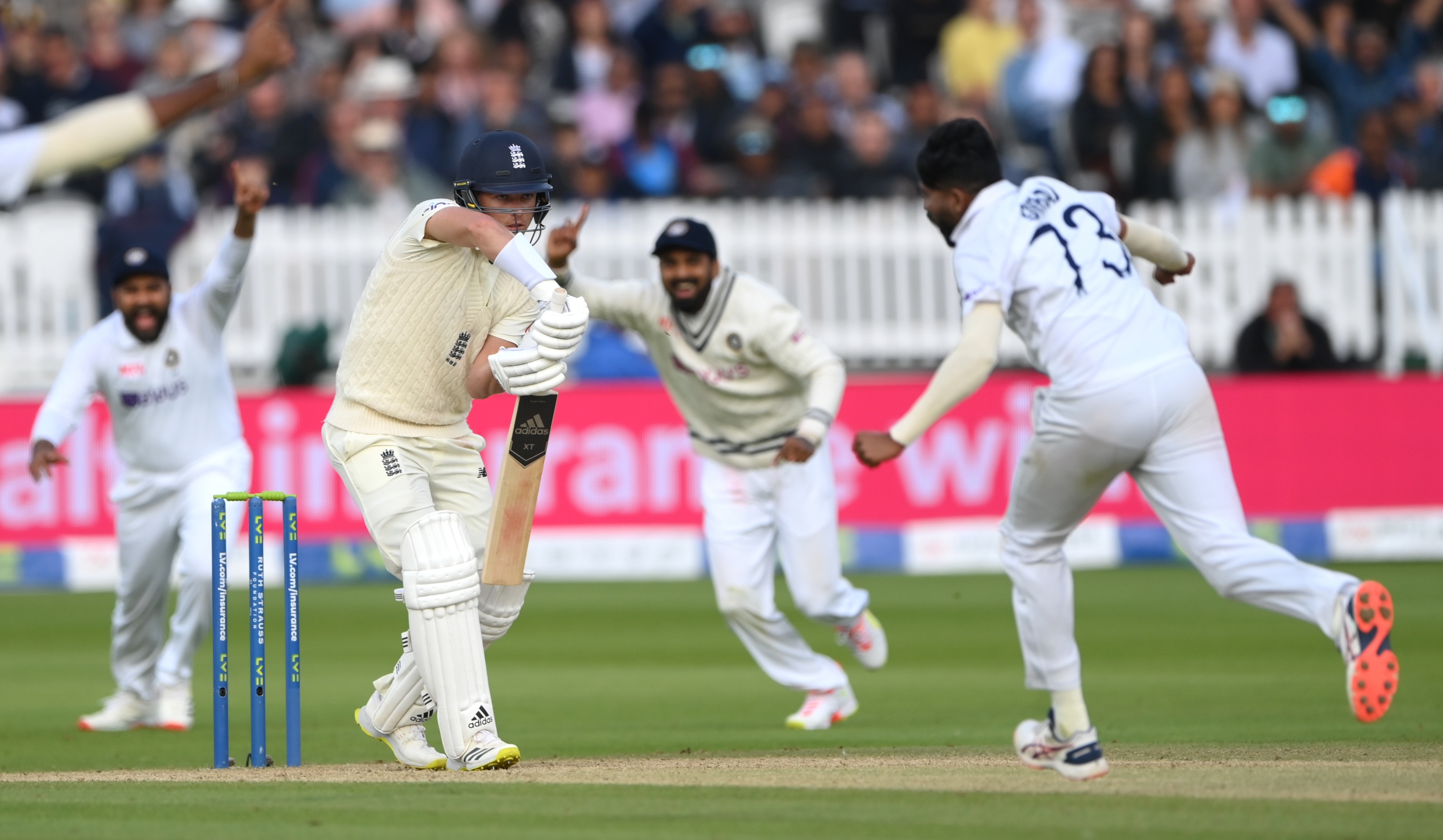 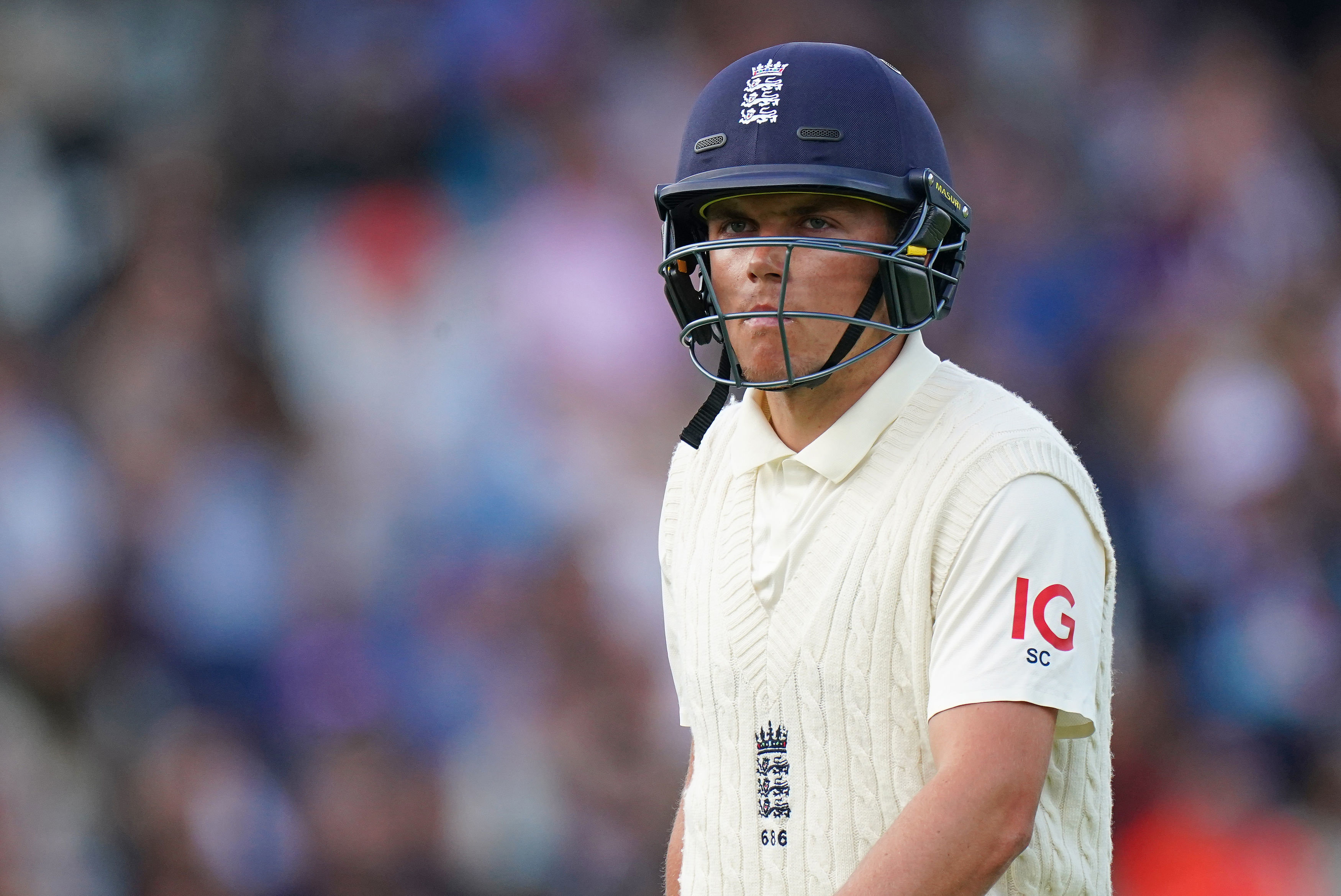 But the aggro added to the tension and theatre for a crowd of 25,000 on the fifth day.

You can invent as many new tournaments as you like but nothing captivates and enthralls like a nerve-shredding Test match.

It came just 24 hours after West Indies beat Pakistan by one wicket in another thriller in Jamaica.

Root could not save England this time – although he top-scored, of course – and England’s top-order once more looked as flimsy as a sheet of tissue paper.

Rory Burns and Dom Sibley became the first England openers in history both to be dismissed for ducks in the same innings of a home Test.

And Sam Curran was the first to register a king pair – that’s a golden duck in each innings – in a Lord’s Test.

The match finished with 8.1 overs remaining when Jimmy Anderson’s stumps were smashed by Mohammed Siraj and India won by 151 runs.

Things turned in the morning when England seemed intent on exacting some sort of retribution for Jasprit Bumrah’s short-pitched assault on Anderson on Saturday evening.

England had already dismissed Rishabh Pant and Ishant Sharma but the sight of Bumrah at No.10 roused their basest instincts.

Instead of trying to dismiss him and Mohammed Shami as efficiently as possible, Mark Wood was told to bang in bouncer after bouncer.

There was chat from England’s fielders. Anderson, Root and Buttler all had plenty to say. Needle was a constant thread.

Bumrah’s Test batting average was 2.26 before this series and he had more wickets than runs. 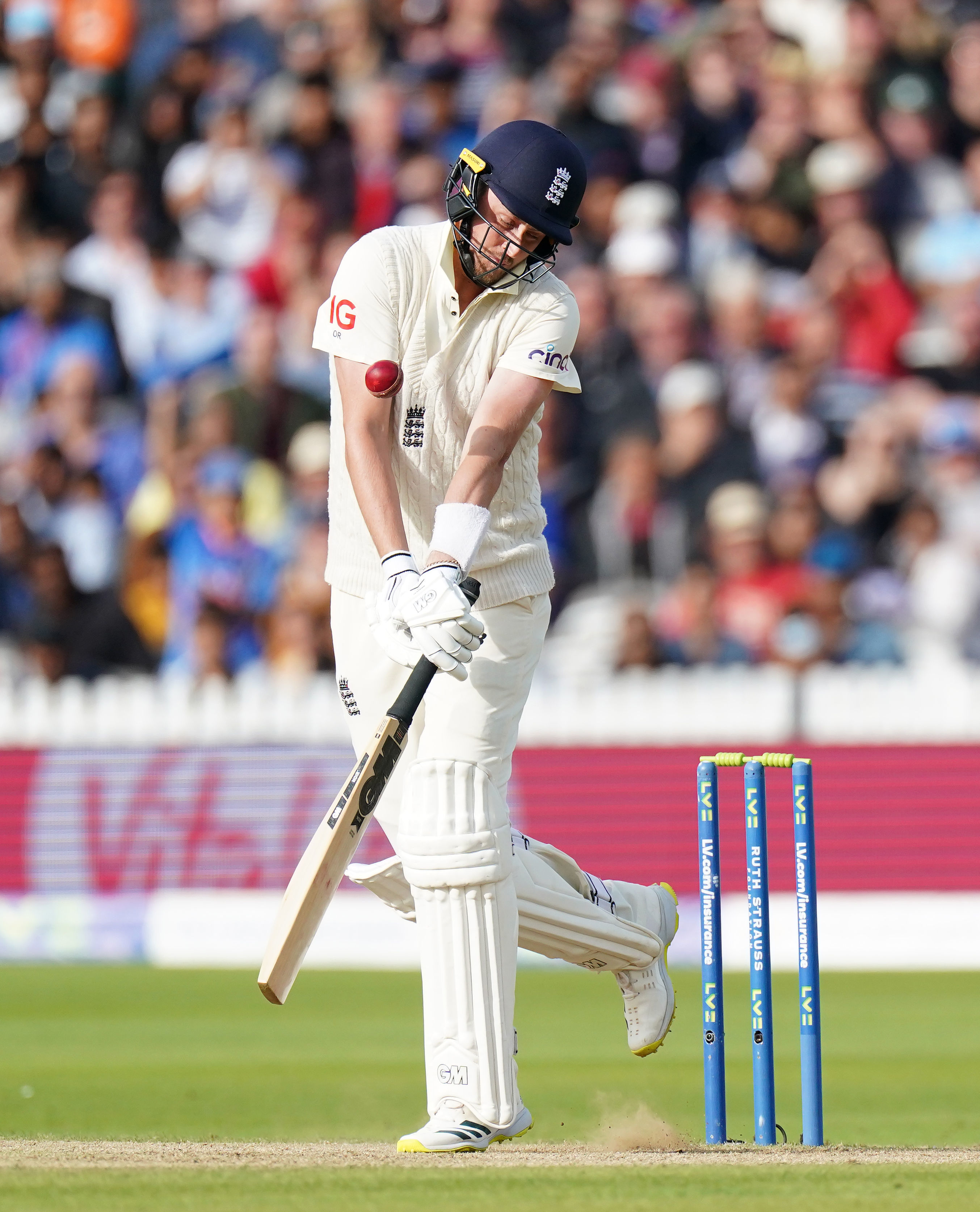 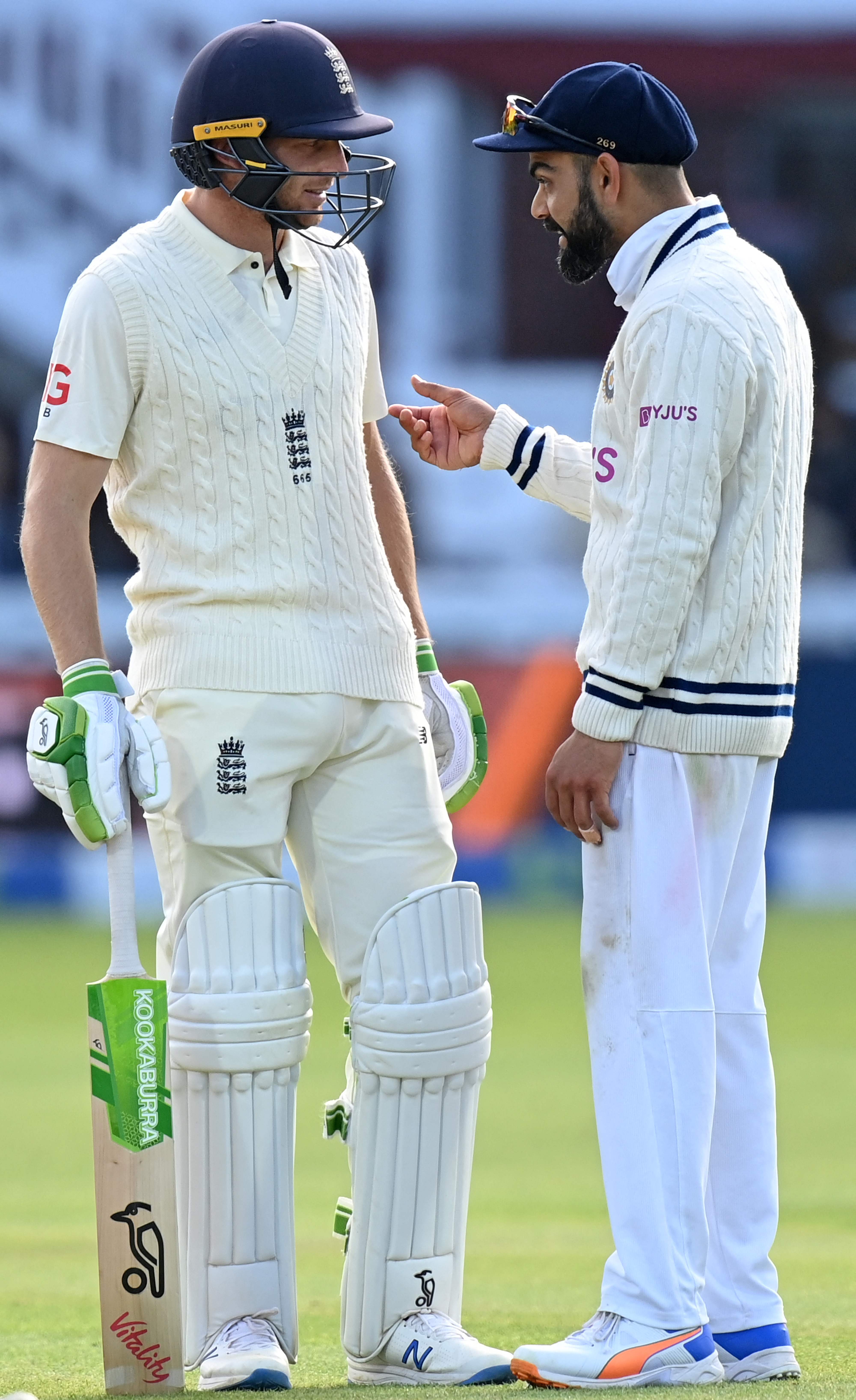 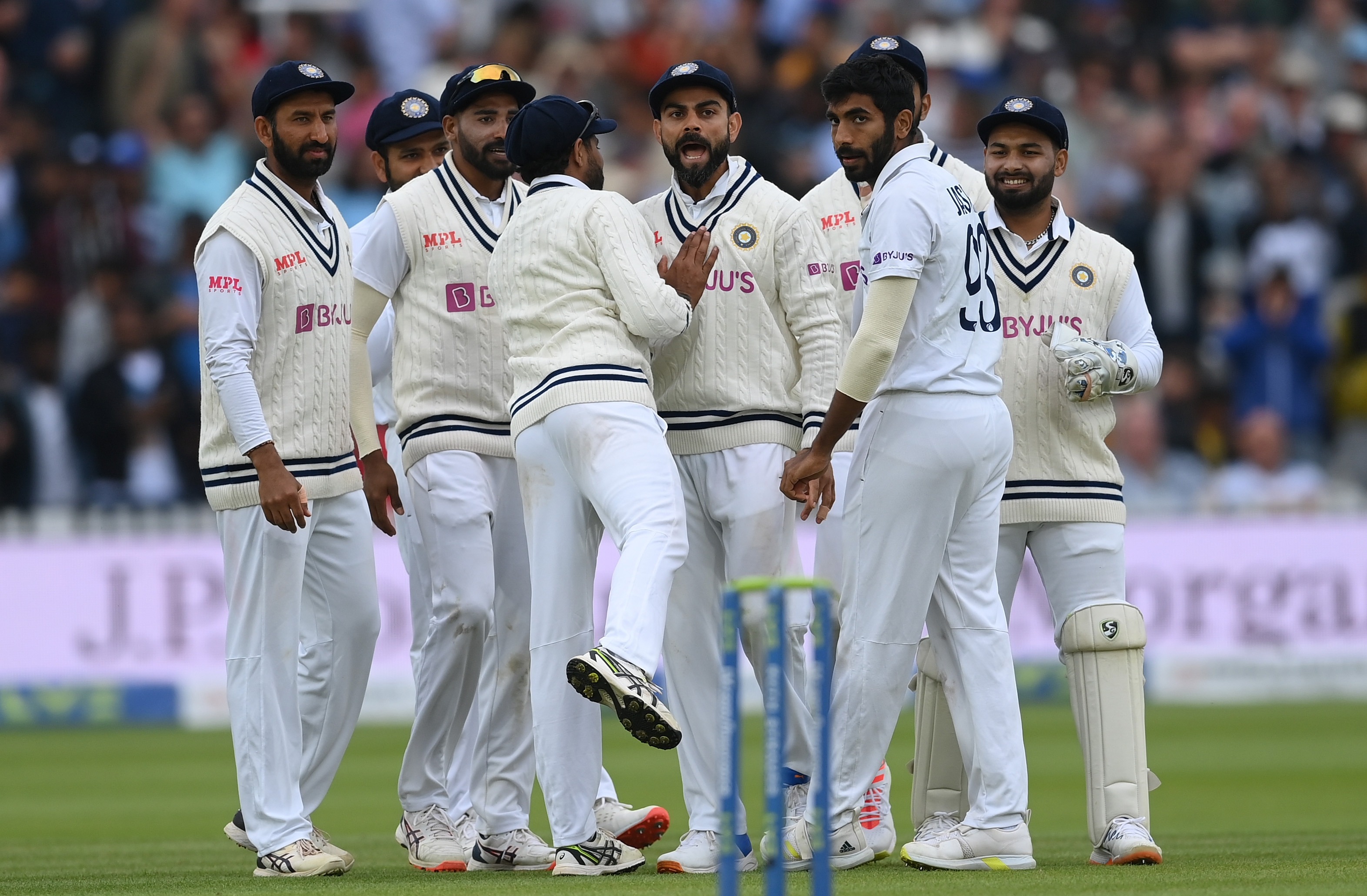 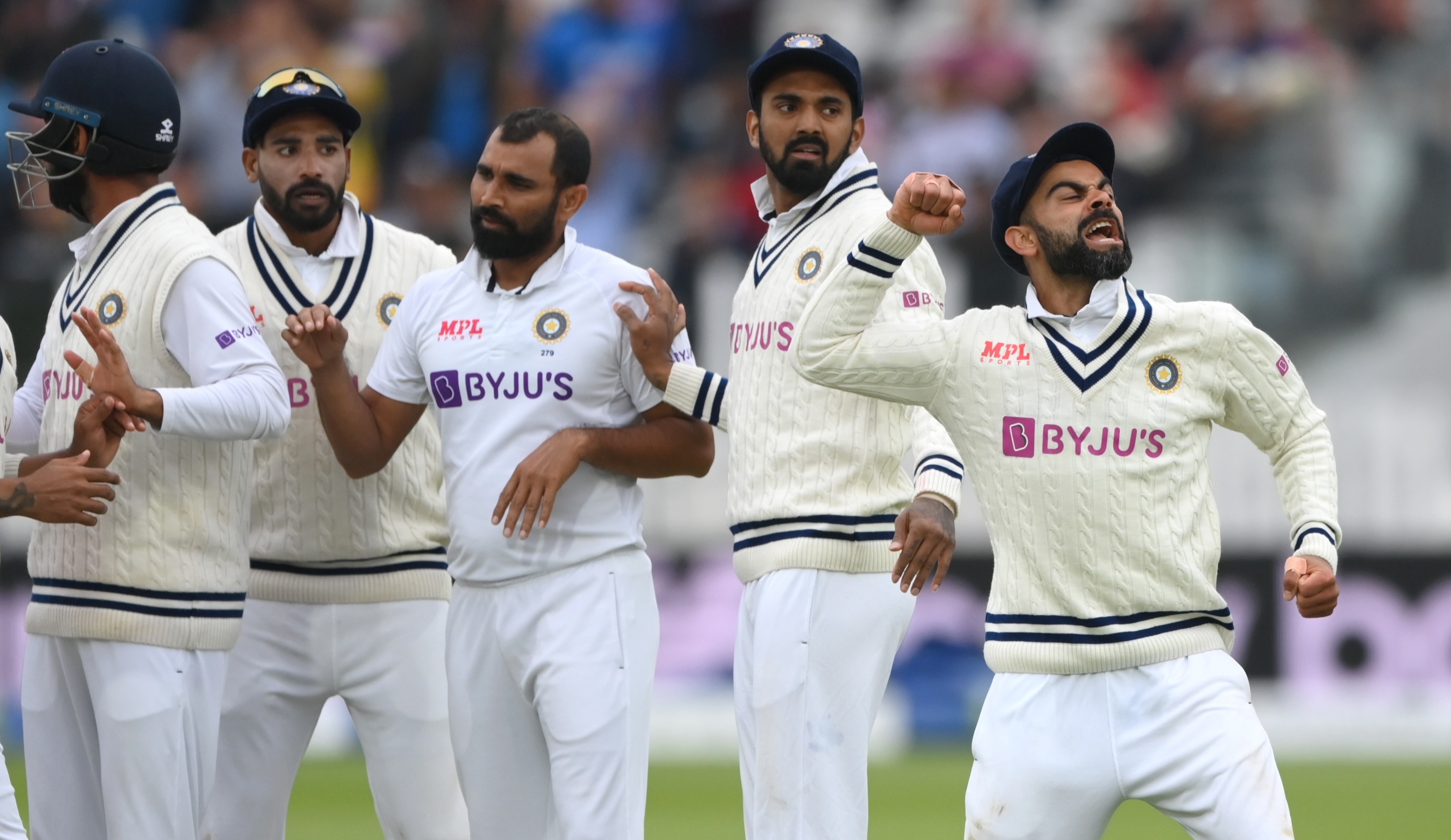 He is a genuine rabbit but he held on bravely, despite twice needing concussion tests after being struck on the helmet.

Bumrah on 22 was dropped at slip by Root off Moeen but he helped Shami in an incredible, match-shifting unbroken partnership of 89 for the ninth wicket.

Shami reached his half-century from 57 balls with a six into the Grand Stand off Moeen. He was having the time of his life.

England, having started the day believing they would win, suffered the indignity of India declaring.

England turned down the chance of pursuing 273 in 75 overs against New Zealand at Lord’s earlier this summer, so there was no way they would have a crack at 272 in 60 overs here.

The momentum was all with India.

England’s batsmen have been highly proficient at collecting ducks this year but having both openers with big, fat blobs against their names was something new.

Burns was caught at mid-off from a front edge in Bumrah’s first over as he aimed to leg while Sibley edged behind.

England need to make a decision on whether Sibley has what it takes for Test cricket.

Haseeb Hameed lasted longer than the one ball he managed in the first innings and he was dropped by Rohit Sharma at second slip on his way to being dismissed for just nine.

A tough return to Test cricket for Hameed after almost five years away.

Jonny Bairstow was lbw on review to the final delivery before tea and then, three balls after the interval, Root edged to slip. A grievous blow for England.

Buttler was dropped by Kohli at slip on two – a straightforward chance – and he and Ollie Robinson lasted for another dozen overs.

But the end came quickly when Robinson was lbw, Buttler edged behind and Anderson was bowled.

In a fluctuating and frenzied few hours, England went from hope to humiliation. It will be a long haul to win this series now. 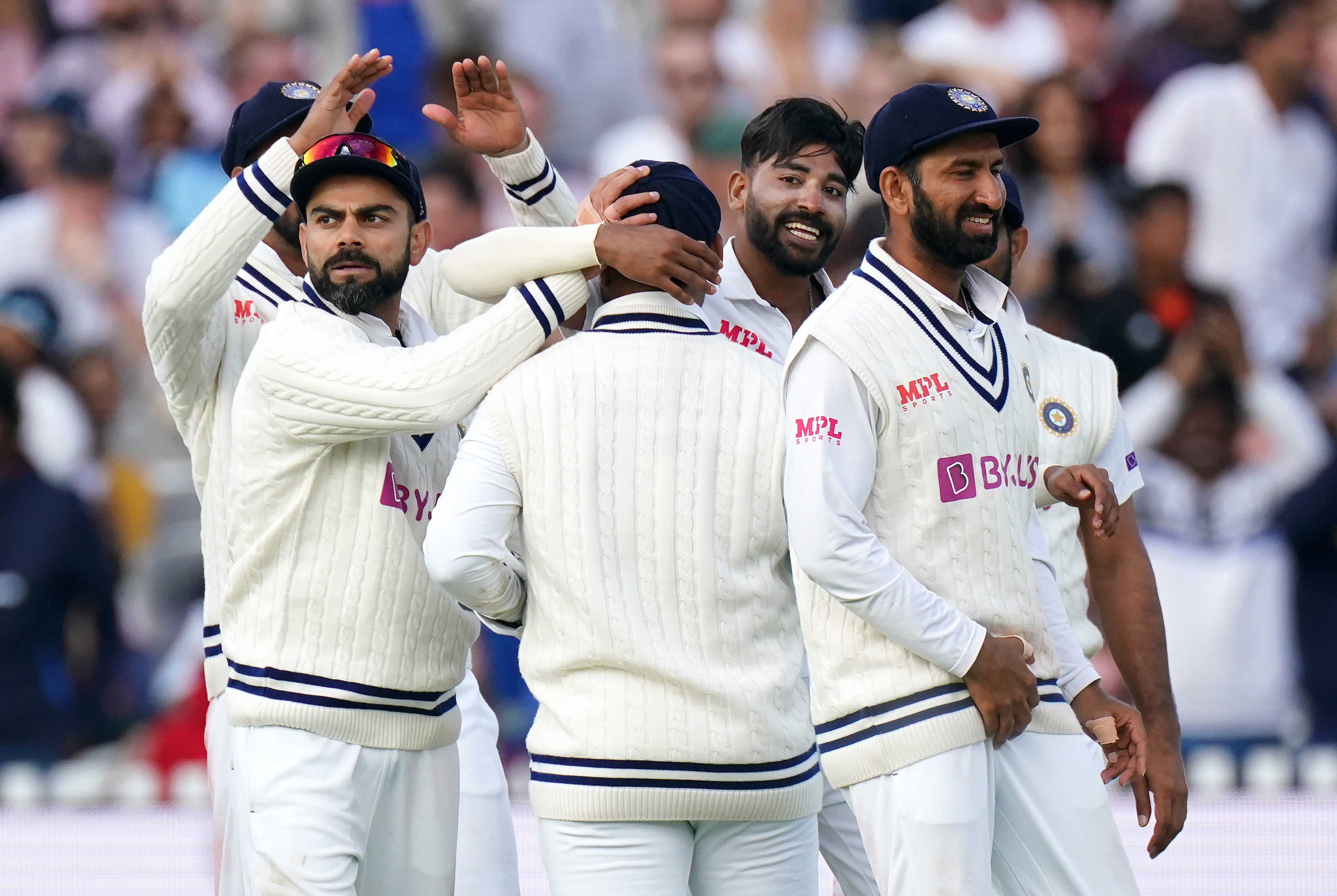