ENGLAND crashed to defeat inside two days as batting in Test cricket was reduced to a lottery and a near-farce.

Joe Root’s men were once more tormented and humiliated by India’s spin bowlers and failed to amass an aggregate of 200 runs in both innings. 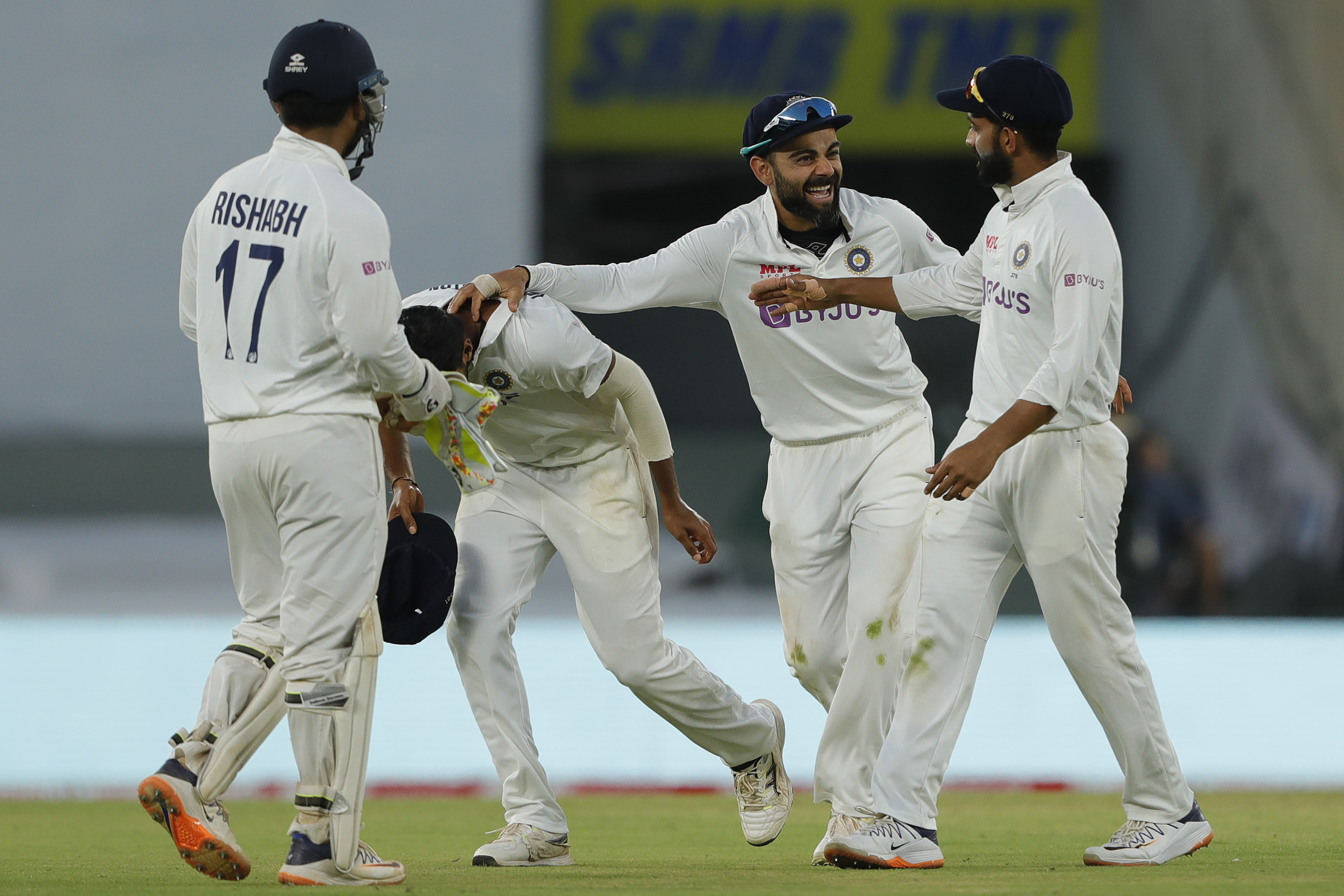 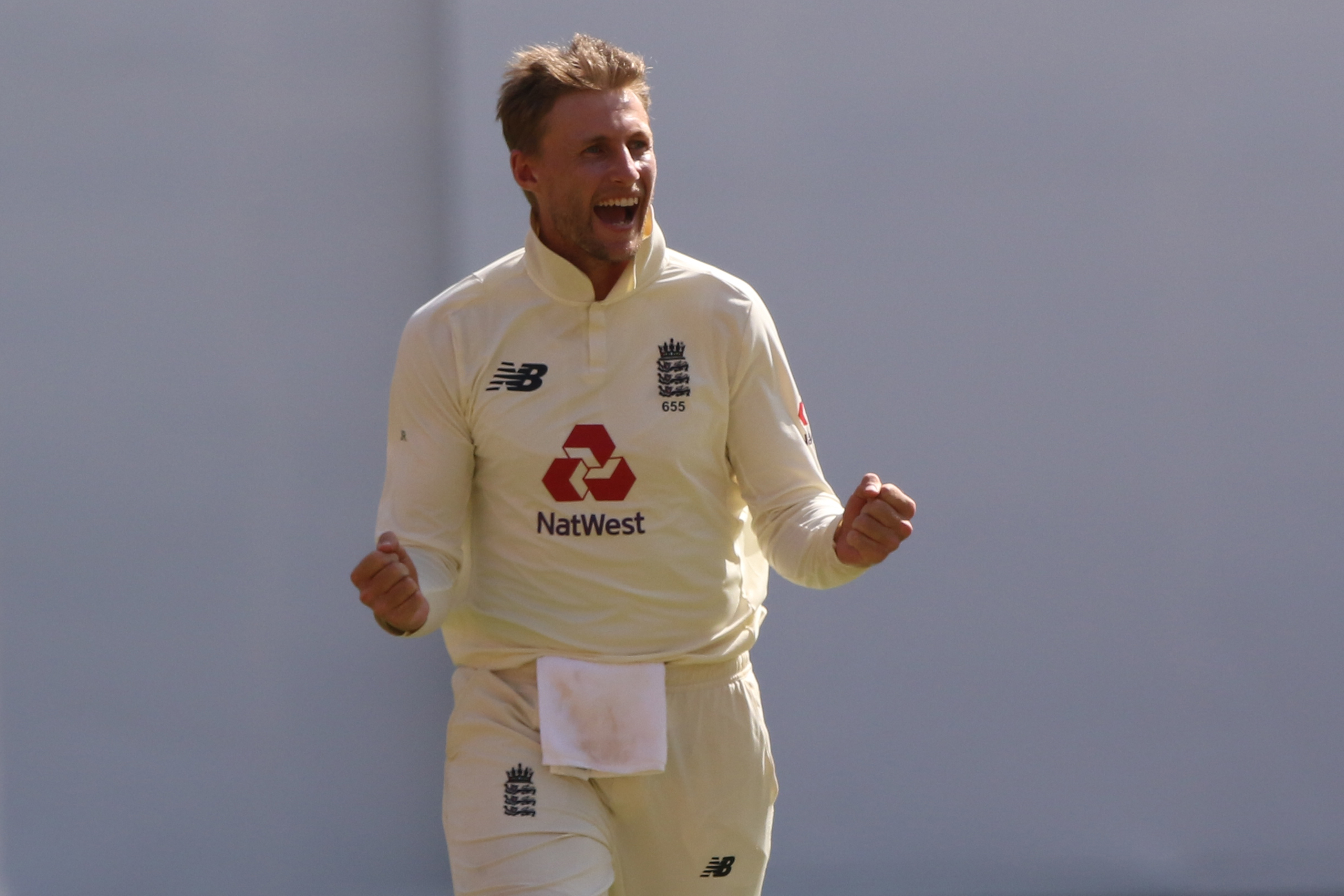 It is the first Test match to finish in two days involving England since they beat West Indies at Headingley in 2000 and the shortest in terms of overs since World War Two.

And India’s victory by ten wickets gives them a 2-1 lead in the series with one Test to go.

At the start of the day, Root’s incredible haul of five wickets for eight runs allowed England to haul themselves back into the Third Test.

But their dreams of victory turned out to be illusory and England were routed for just 81 in their second innings, leaving India 49 to win.

They knocked off the runs in 7.4 overs with the winning runs arriving courtesy of a six by Rohit Sharma off Root.

The pitch was a shocker with some balls ragging square and others skidding straight on.

Batting was very tough and Axar Patel and Ravi Ashwin are outstanding bowlers – Ashwin became the second-fastest man to 400 Test wickets – but England will know they performed badly. 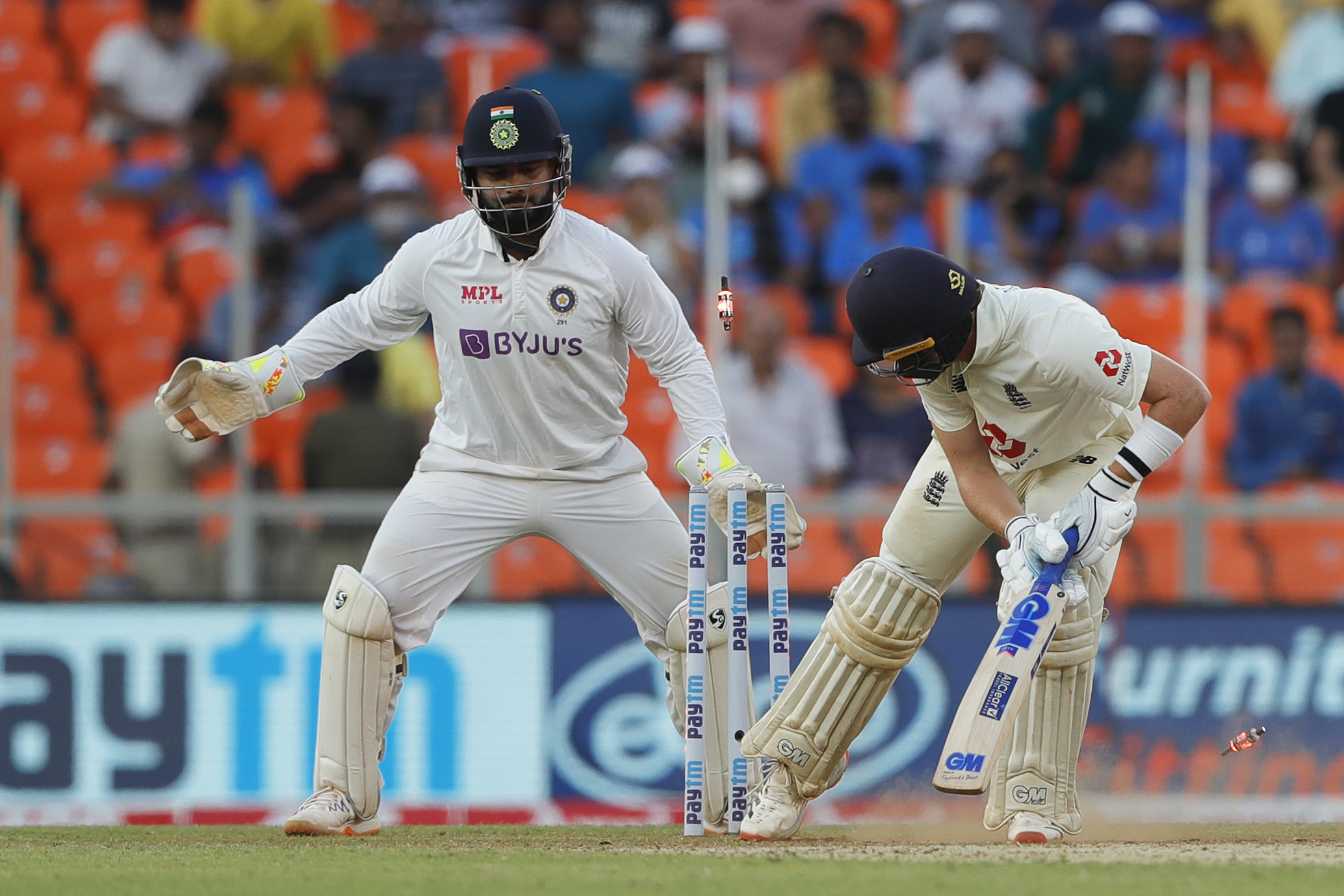 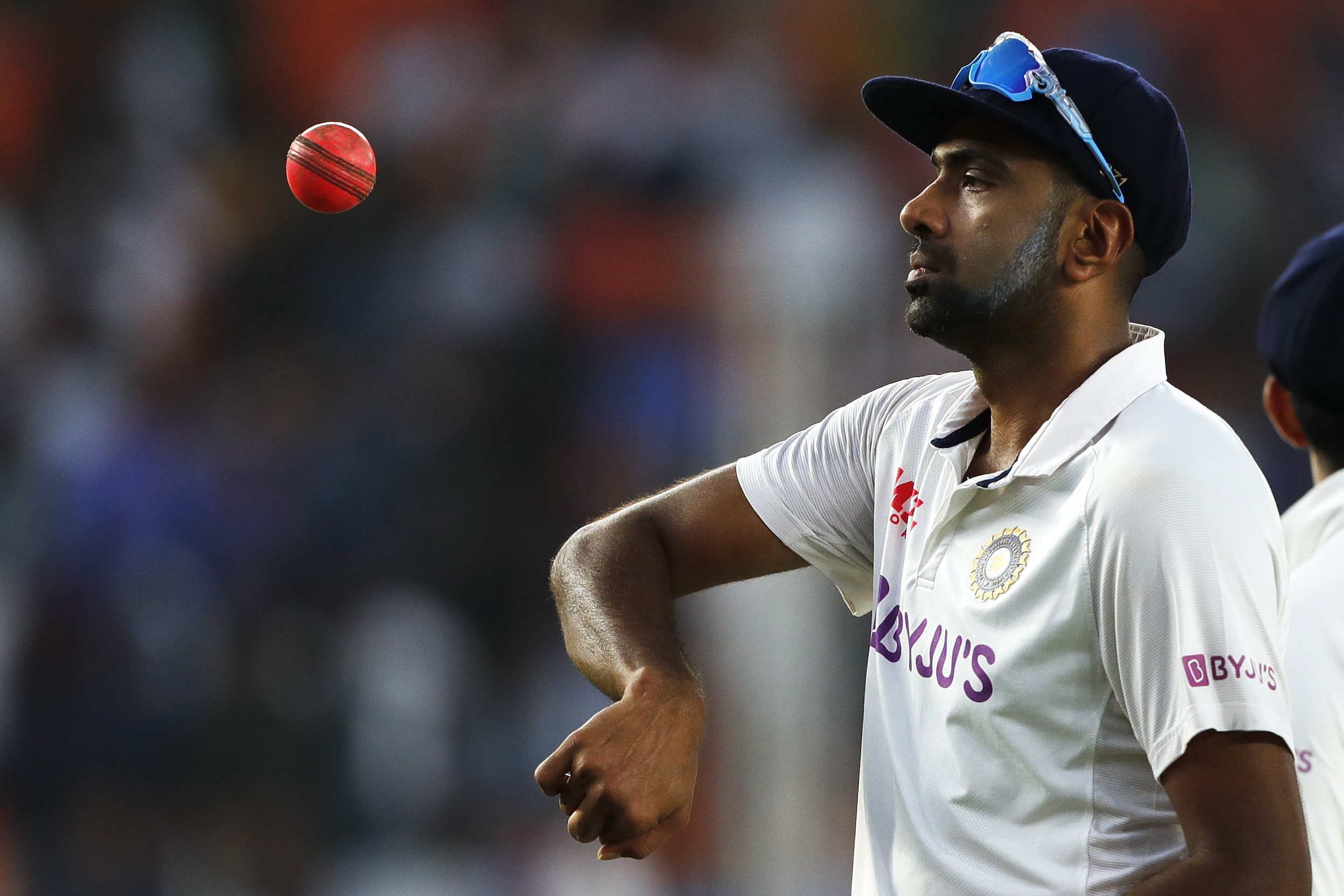 As in the first innings, nearly all the wickets came from straight balls with the batsmen seemingly spooked by the ones that turned.

A wicket should be a special moment, something to remember. But they were falling every few minutes. Cricket had become like basketball. 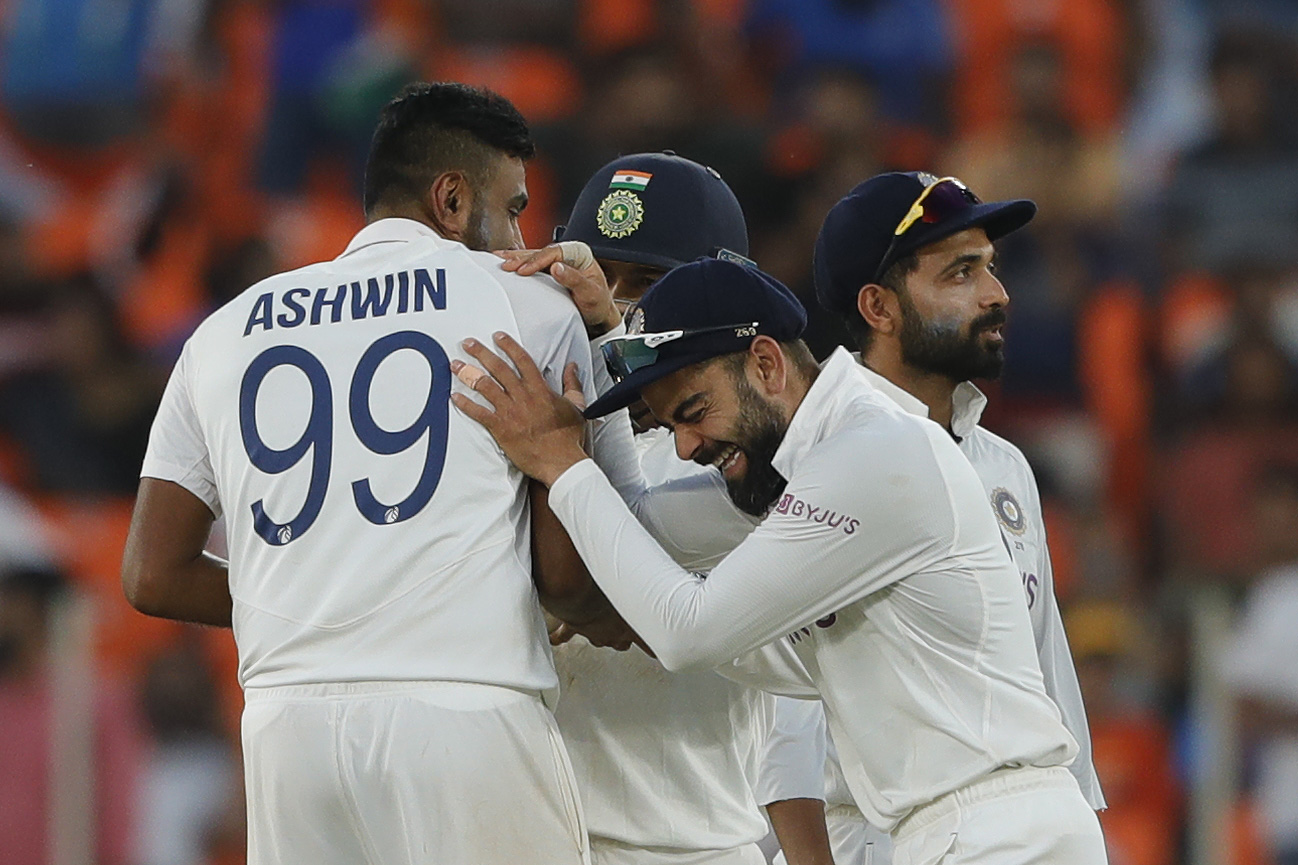 The Indian authorities splashed out £100million to build a gleaming new, 110,000-seater stadium in Ahmedabad. Maybe they should have spent a few quid on the pitch, too.

After losing the first Test, India have responded by producing two raging ‘Bunsen burners’ in the knowledge that their bowlers are better at exploiting the surface and their batsmen better at scoring runs on it.

Root’s 5-8 – the cheapest five-for by an England bowler in Test history – restricted India’s lead to 33 runs after they began day two just 13 behind with seven wickets standing.

But it counted for little as England’s second innings disintegrated.

Nothing summed up the match better than the opening over. Patel bowled Zak Crawley for a golden duck with a straight ball. Then Jonny Bairstow aimed a wild sweep at his first ball and was given out lbw.

Bairstow reviewed and ball-tracking showed it missing the stumps. He offered a defensive shot to the next delivery and was bowled through the game. England were 0-2 after three balls. Then Don Sibley edged a catch behind trying to slog Axar.

Root and Ben Stokes put on 31 for the fourth wicket – wow, 31! – although Root was lucky to survive on 16 when he was given out lbw. Third umpire Chettithody Shamshuddin, the man who incurred Root’s wrath 24 hours earlier for a couple of rushed decisions, reckoned he spotted an edge onto the pad.

But Stokes and Root were leg before in successive overs and England’s realistic last hope disappeared.

Ollie Pope missed a straight one, Jofra Archer swished and missed, Ben Foakes was also lbw and Jack Leach, who at least hit a six, edged to slip. Jimmy Anderson was last man out, feathering an attempted reverse sweep to the ‘keeper.

Earlier, Root might not even have bowled if England had picked a second specialist spinner to back up Leach.

Left-armer Leach struck the first two blows when Ajinkya Rahane was nailed lbw on the back foot by a ball that skidded on. Then Rohit Sharma missed a sweep shot and was also leg before for 66.

Leach had taken four of the first five wickets – but then Root started his demolition job.

With his first delivery, Root’s off-spinner turned enough to brush the edge of the dangerous left-hander Rishabh Pant’s bat and Foakes completed the catch.

Next, Root spun a ball sharply past the bat of left-hander Washington Sundar and bowled him. Axar, another leftie, slapped a catch to cover.

NEW CUSTOMER OFFER: GET £20 IN FREE BETS WITH BETFAIR

It was becoming a full-blown procession when Ashwin attempted a slog and succeeded only in skying a catch to Crawley at deep square leg.