Home » Sport » Estrada vs Gonzalez: When is the fight, UK start time, plus TV channel information

Estrada vs Gonzalez: When is the fight, UK start time, plus TV channel information

It’s the rematch and one of the fights of the year as Juan Francisco Estrada takes on Roman González in Dallas, Texas this weekend.

The Mexican warrior goes head to head with the Nicaraguan legend, who got the better of him in the first fight between the pair way back in 2012, though the fight was at light flyweight.

Now back up at super flyweight the fight has a different dynamic, but both will be confident of walking away with the WBC and WBA world titles, both of which will be on the line.

The Mexican was victorious in his last fight when he dispatched compatriot Carlos Cuadras to defend the WBC crown, while ‘Chocolatito’ was the winner against Israel Gonzalez, defending his WBA strap.

With a chance to unify against a fellow legend and with both destined for the hall of fame, this fight is sure to have an impact on the legacy of both men among fight fans.

READ MORE: Muhammad Ali vs Joe Frazier: Revisiting the Fight of the Century, 50 years on

Here’s everything you need to know about the fight:

We may earn commission from some of the links in this article, but we never allow this to influence our content.

When and where is the fight?

The event will take place at the American Airlines Center in Dallas, Texas, home of the Dallas Mavericks. The venue is in line with Covid-19 pandemic guidelines and neither fighter has boxed at the venue before.

How can I watch the fight?

DAZN is carrying the fight everywhere in the world except for Mexico and Latin America.

Watch Estrada vs. Chocolatito live on DAZN, new users can sign up here. 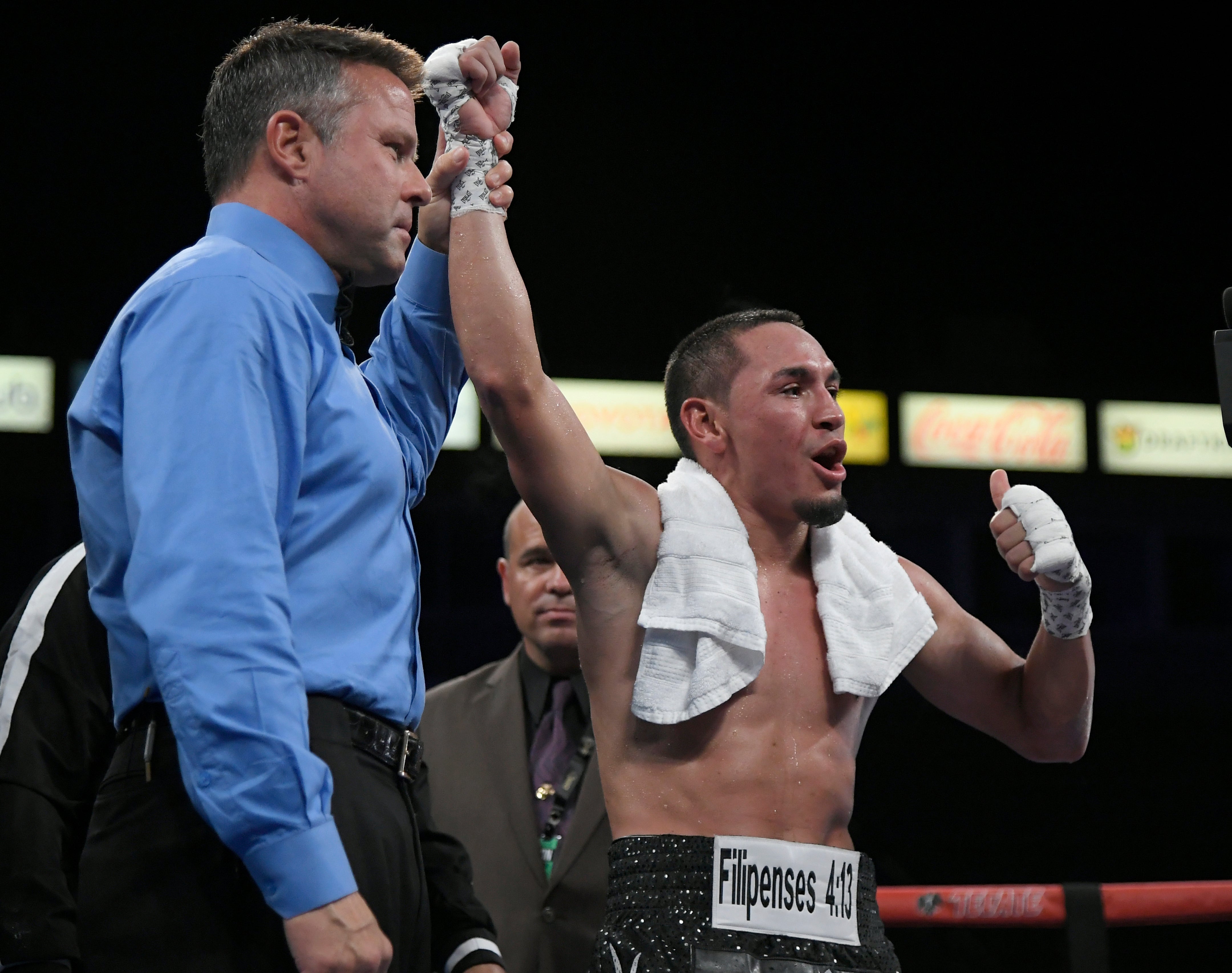 Tale of the tape

Eddie Hearn on the fight

“As a fight fan this is one of the best fights I’ve ever made and it’s one of my proudest achievements to get to put this fight on,” said Hearn.

“Now is the time, the ultimate unification fight. Two pound for pound greats, the fight that boxing needs and wants. Two absolute legends of the sport – this is a coin flip.

“Estrada and Chocolatito are true legends of the sport. Chocolatito is a silent assassin, looks so small and dainty with that wonderful, smile, but he’s so clever, so cute, so dangerous in the ring.

“Estrada looks like he could sing in a choir, and then you watch him in the ring and he’s a clever, brutal and fierce fighter.

“I am stronger and have more desire than the first fight,” said Estrada. “We are both champions and we are going to want to win this fight. In the first fight, I was 21 years old and I had no experience of big international fights, he was a pound for pound star at that time but now I think this time it favours me. “We are fighting two weight classes above the first fight, so it is already very different. I know that I can win this time. I know it’s a tough fight and I think it will be a better fight, but I have already faced him, I know his qualities and I feel that I can beat a fighter who has been knocked out.”

“When I fought Yaegashi, the question that all of Nicaragua had was ‘Are you on the same level as Alexis Arguello?’” said Chocolatito. “I won that third title in Japan and then a fourth title came, where everybody was waiting expectantly to see if I’d win it. I trained a lot because it was one of my dreams. And then… boom! I won the title and Nicaragua welcomed me like never before.

“I’m so proud to have represented my country with such dignity. And well, I’m so happy for my parents, my family. And for Alexis, who was always there for me, teaching me the good things about this boxing world.

“I always respected all the orders Alexis gave me because he’s a three-time champion. It’s an honor. He was like my father. We were very close. Sometimes he invited me to his house, and I remember being at his house, eating and I got relaxed, and he dropped me off at my fight and that day was the first time that I got hit hard.

“I was scared, but I got up and I knocked the guy out. But those are life experiences that I had with him where I learned. Because I think, I could have not gotten up after that punch. But due to the conditions, it made me get up again. Alexis was a very demanding person in the gym. And even in the fight.

“I consider myself a man who’s done the best that I could. I had difficult times growing up but, in the end, it worked out well. Life has taught me a lot of things, and I learned. And I feel and think that I’ve already conquered many things in boxing. What comes now with this title is just extra.

“I never imagined myself getting to where I am now. But wow, it is still hard, it costs me. Because I train the right way. I do things the way they should be done. But I like it. And it’s what’s let me help my family. Help my kids. I don’t complain because I thank god for where I am now.

“Life has been hard and difficult with sacrifice. My family, my children, what makes me get up in the morning is to keep reaping victories in boxing. Not only that, but many young guys that want to be like the champ, like Chocolatito. But in the end, it’s what gives you your happiness in life. What you want to achieve in your life.

“When I retire, I will leave very satisfied and very happy to have been able to have so much success for my kids and my family, and also for the people of Nicaragua.”

Watch Estrada vs. Chocolatito live on DAZN, new users can sign up here.