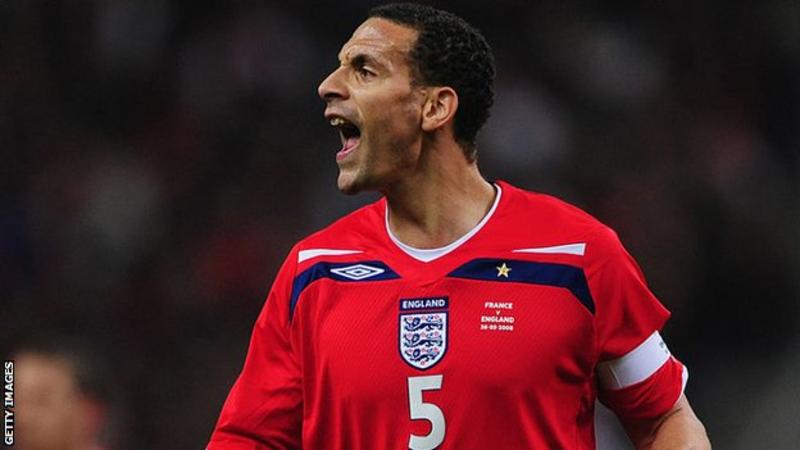 Former England captain Rio Ferdinand has been named as the Football Association’s lead ambassador for Euro 2020, and revealed he would be open to a return to Manchester United in the role of technical director.

United boss Ole Gunnar Solskjaer is prepared to work alongside a technical director to “split responsibilities”.

Ferdinand, 40, and ex-team-mate Darren Fletcher have both held discussions.

“It depends on the shape of the job,” he said on the Old Trafford role.

The centre-back, who made 455 appearances during 12 years at United, added: “In that kind of role, the responsibility that comes with that, you can’t lie and say that that’s not a turn-on.

“All the boxes would have to be ticked before considering something like that. You are helping to shape the fortunes of a club of that stature. That’s a huge job.”

The ex-United captain, winner of 81 England caps, said it was “an honour” as the FA announced his Euro 2020 role with one year to go until the cross-continent tournament begins.

And Ferdinand has called on the population to be involved as volunteers and supporters as ticket sales officially opened on Wednesday.

Wembley is set to host seven games – including both semi-finals and the final – as the European Championship’s 60th edition visits 12 European cities.

Wembley, which will welcome senior international tournament football for the first time since 1996, will also host three group matches and one last-16 tie – with England set to play group-stage games in London should they qualify.

The opening Euro 2020 match will be played at the Stadio Olimpico in Rome on 12 June, with the final at Wembley on 12 July.