EXCLUSIVE: Thousands of sweltering World Cup fans are forced to queue for TWO HOURS in searing 90F afternoon heat – with no water fountains nearby – as fan parks are LATE to open in FIFA’s latest Qatar shambles

Thousands of fans were forced to wait in two-hour long queues in searing temperatures at the official FIFA fan park in Doha.

The park was due to open at 4pm local time but supporters began gathering earlier in the day to ensure a quick entry.

Huge lines had already formed at 3.30pm but the doors did not open for another hour, with fans unable to buy any water to stay hydrated as they waited.

There are also no water fountains anywhere around the fan park.

One group of Mexican fans told Sportsmail they had been waiting over two hours but had still not managed to get inside.

‘We have been waiting here two hours,’ one fan said. ‘We cannot buy any water, we did not bring any with us. 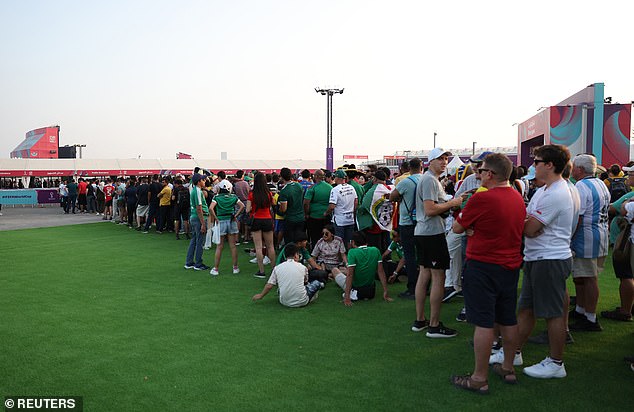 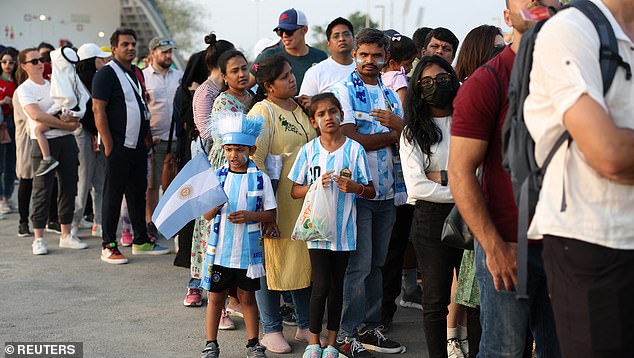 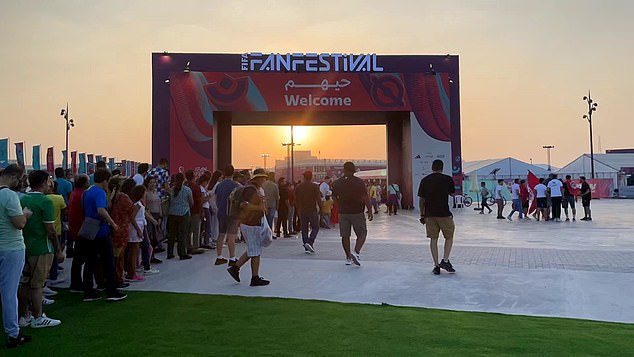 ‘We don’t know when we will get inside, they [security] cannot tell us anything. Hopefully we can get in soon.’

There were two queues on either side of the fan park, with the side the Mexican supporters were located eventually being shut off.

Hundreds of security guards were deployed on the entrance to that side of the queue.

No reason was given for the delay in opening the doors to allow fans inside the park.

A family from the United States, who had been waiting for nearly 45 minutes, ended up leaving the queue because they were told their young children would not be allowed inside. 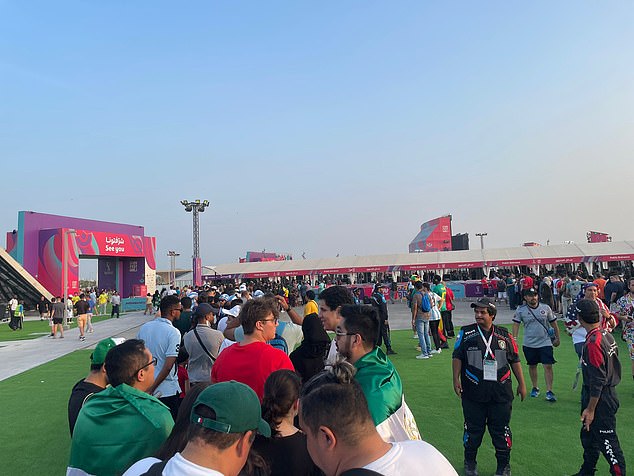 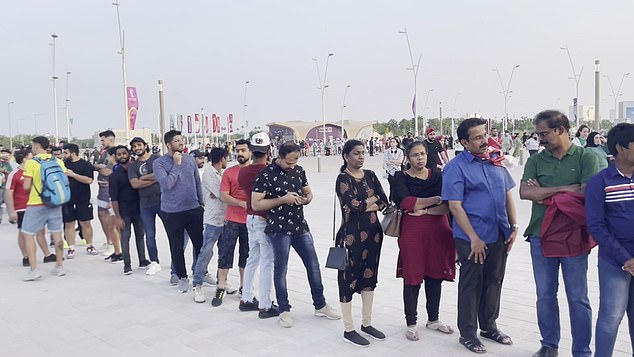 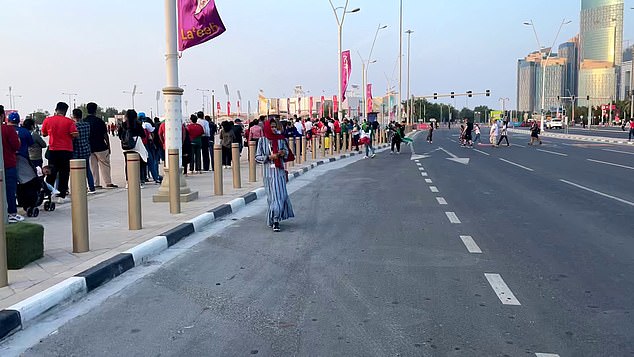 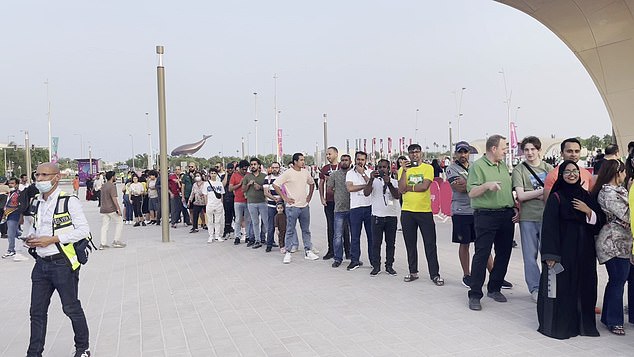 ‘We can’t go inside with the children, they are saying it won’t be so nice for them in there,’ the mother said.

‘We will probably go somewhere else to one of the Souqs.’

Supporters wanting to leave the fan park also have to walk 15 minutes due to the nearest station being exit only.

The next closest station is West Bay but there is also nowhere to buy water or fill up bottles.

Fans who chose to stay in the long queues were provided with some entertainment from a Qatar band, who were playing the drums. But this only lasted for around 10 minutes.