Fears Tokyo 2020 Olympics athletes will be swimming in poo and catch E.coli amid suspected sewage leak

THE Tokyo 2020 Olympics have been dealt a fresh crisis after fears were raised athletes will be swimming in POO and catch E.coli after a suspected sewage leak.

Both the swimming leg of the triathlon and the open water swimming competitions will be held at the Odaiba Marine Park – an urban beach in the heart of the Japanese capital. 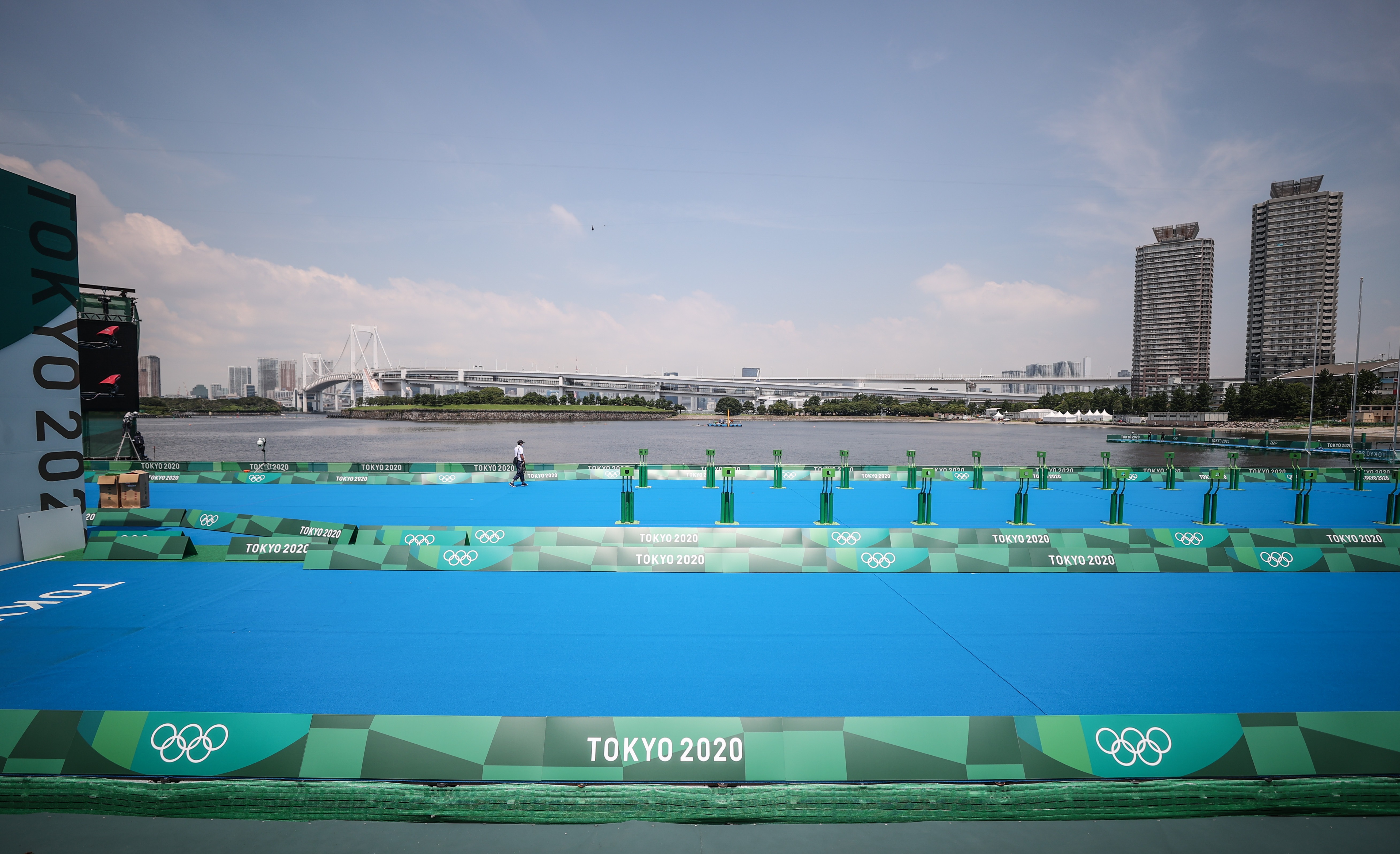 Local residents near the Tokyo venue have already raised concerns about a foul smell emanating from the arena.

The rowing and canoeing venue has already been hit with an oyster infestation which threatens to derail the competition.

And now the water leg of the triathlon and open water swimming could be in crisis.

It's feared their could be a dangerously high level of E.coli in the water should the smell be a result of a sewage leak.

The triathlon kicks off on July 26, with heavy rain forecast for the following day – which raises the risk of a sewage leak.

The foul smell often occurs at the bay after a downpour, as the antiquated sewage system – over 100 years old – becomes over run and spills out into the river which runs into Odaiba Marine Park.

It would not be the first time the venue has had to deal with the foul issue either.

In 2019, the Paratriathlon World Cup was forced to be abandoned due to astronomical levels of E.coli found in the Odaiba Marine Park water.

That year, the International Triathlon Union found there was DOUBLE the safe limit of the bacteria in the water.

Fox Sports claim athletes have held private discussions at the Tokyo 2020 Village, sharing their fears over the appalling smell and root cause.

BETTING SPECIAL – CLAIM £180 IN FREE BETS FOR THE OLYMPICS

Games officials have been working hard to improve the water quality, adding sand into the bay and installing triple-layered filters to help keep it clean.

Storage tanks have also been built to trap any excess floodwater before they could reach the bay.