FIFA could impose transfer BANS on clubs who fail to meet new rules over maternity cover.

For the first time ever, football's international governing body has proposed global maternity regulations for female stars and coaches. 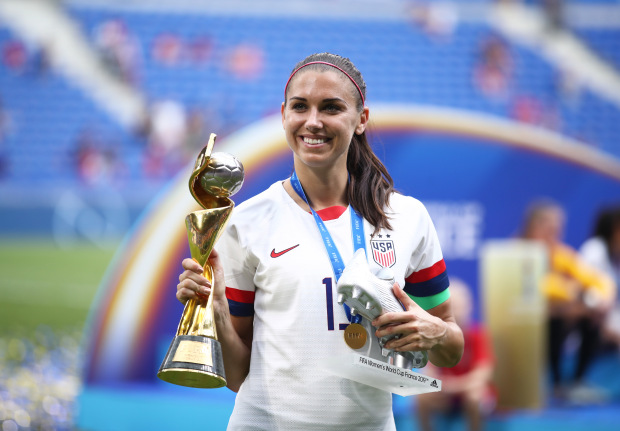 Players would be entitled to a minimum of 14 weeks of maternity cover, on at least two thirds of their salary.

The new rules will require approval from Fifa Council in December.

Fifa's chief legal and compliance officer, Emilio Garcia Silvero said: "The clubs will not be allowed to terminate the contract of a player on the grounds of a player becoming pregnant.

"If this is the case, we are going to impose not only a fine, and compensation to the player, but also a sporting sanction.

"We are going to impose a transfer ban on the club. From now on, female players will be better protected.

"We think these rules are common sense. There are some countries in which these rights are already there, but we are trying to regulate this for 211 different territories.

"These basic conditions will be mandatory from 1 January, 2021."

Clubs will be given the green light to sign a female player outside of the usual transfer windows when short-term cover is needed to replace a player out on maternity leave.

Clubs will also be under an obligation to reintegrate players to the club and provide adequate ongoing medical support.

Fifa's proposed minimum of 14 weeks cover does not go as far as the statutory amount in many countries, including the UK where maternity pay is available for up to 39 weeks.

England ace Jodie Taylor, who is a member of the global player council of world players' union Fifpro, said: "This is such an impactful and meaningful addition to our sport,

"Women's footballers need these types of regulations to ensure that we can continue our careers confident that adequate provisions are in place should we decide to have children,

"Which is both reassuring for us as players and reflective of what the professional game needs to keep growing.

"Hopefully this is the beginning of even more progressive and inclusive policies for female players."

USA superstar Alex Morgan has only recently returned to competitive football since giving birth to her daughter, Charlie, in May.

END_OF_DOCUMENT_TOKEN_TO_BE_REPLACED

END_OF_DOCUMENT_TOKEN_TO_BE_REPLACED
Recent Posts
We and our partners use cookies on this site to improve our service, perform analytics, personalize advertising, measure advertising performance, and remember website preferences.Ok