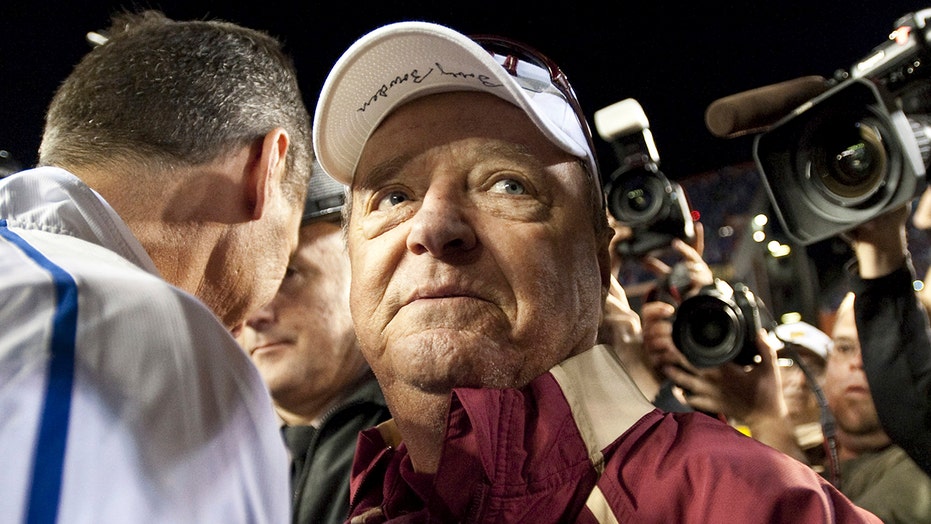 After a frenzied first half in Tallahassee, the Florida State marching band made their way to the field at Doak Campbell Stadium and paid tribute to the longtime Seminoles head coach who passed away last month.

The marching band aligned to spell out “Bobby” across the Seminoles’ home field, nearly stretching from end zone to end zone. From there, the band played a flawless version of “Amazing Grace” to the delight of a packed house.

Bowden is arguably the most recognizable name in the history of Florida State football. He spent 34 of his 40 years as a collegiate head coach with FSU, compiling 315 wins, the second-most all time. While in Tallahassee, Bowden led the Seminoles to national titles in 1993 and 1999.

A member of the College Football Hall of Fame, Bowden oversaw one of the most remarkable runs in the history of college football. After a modest debut season in which the Seminoles tallied more losses than wins, Bowden led FSU to an unthinkable thirty-three straight winning campaigns.

Prior to Sunday night’s game, Notre Dame coach Brian Kelly praised Bowden: “I think he goes down as one of those icons in coaching as having that fatherly, mentor relationship with his players that many, many coaches would love to have with their players.”

The Seminole football team is honoring Bowden by having his signature prominently displayed across the back of each player’s helmet throughout the season.