Footie fan, 17, quizzed by cops as flare thrown at crowd injures boy, 7, & hits him in the face at Barnsley v Hull game

POLICE are questioning a football fan after a flare injured a seven-year-old boy who was hit in the face during yesterday's match between Barnsley and Hull City.

The child, a Hull fan, was struck when the flare was fired into the crowd at the Championship clash at Oakwell stadium. 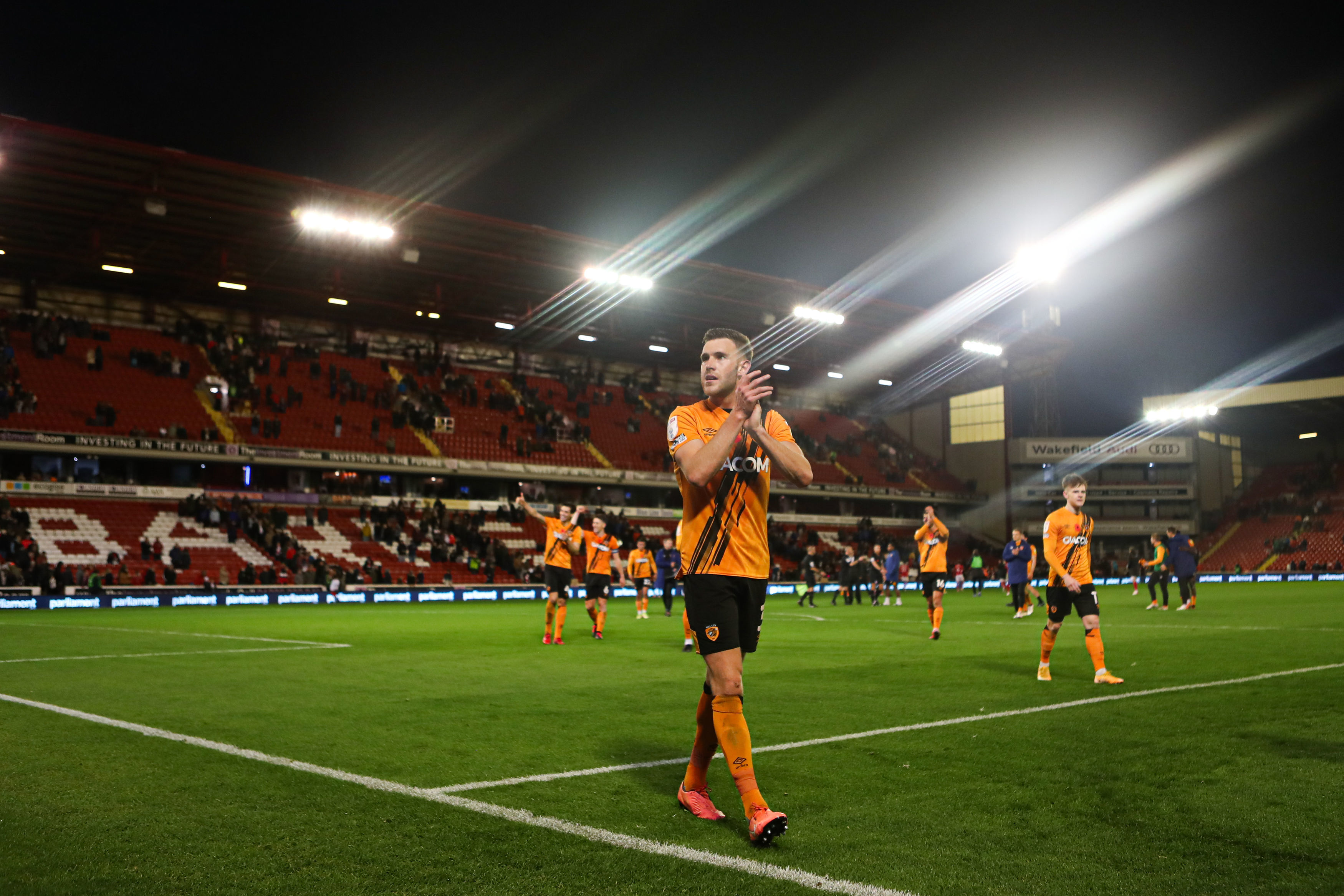 He suffered minor injuries after the horrifying incident as police urged anyone with information to contact them.

It's believed the flare was launched by another Hull supporter.

The boy received treatment at the scene and was able to return to watch the rest of the match.

A 17-year-old boy faces questioning over the incident after presenting himself at a police station last night.

It comes after players at a match in Ireland were forced to flee when yobs launched fireworks that exploded over the pitch, raining down sparks.

Humberside Police Chief Inspector Blake Neale said, “Behaviour of this nature will not be tolerated as families should feel safe to be able to go to watch their team’s play without the fear of this type of incident.

“Police officers work closely with the ground’s stewards and tonight one supporter had been arrested on entry to the ground when he was found in possession of a flare.

“We are working closely with our colleagues in South Yorkshire Police, Hull City and Barnsley Football Clubs to conduct a thorough investigation and whoever is found to be responsible will be dealt with robustly.”

A South Yorkshire Police spokesman said: "Shortly before half time, the fan threw a flare in to the crowd which hit another Hull fan – a 7-year-old child – in the face.

"The child suffered minor injuries.We are in the process of reviewing CCTV footage but are asking for anyone who knows who’s responsible to contact us or the club.

"The incident number to quote is 306 of 6 November and information can be reported through 101, online or using live chat."